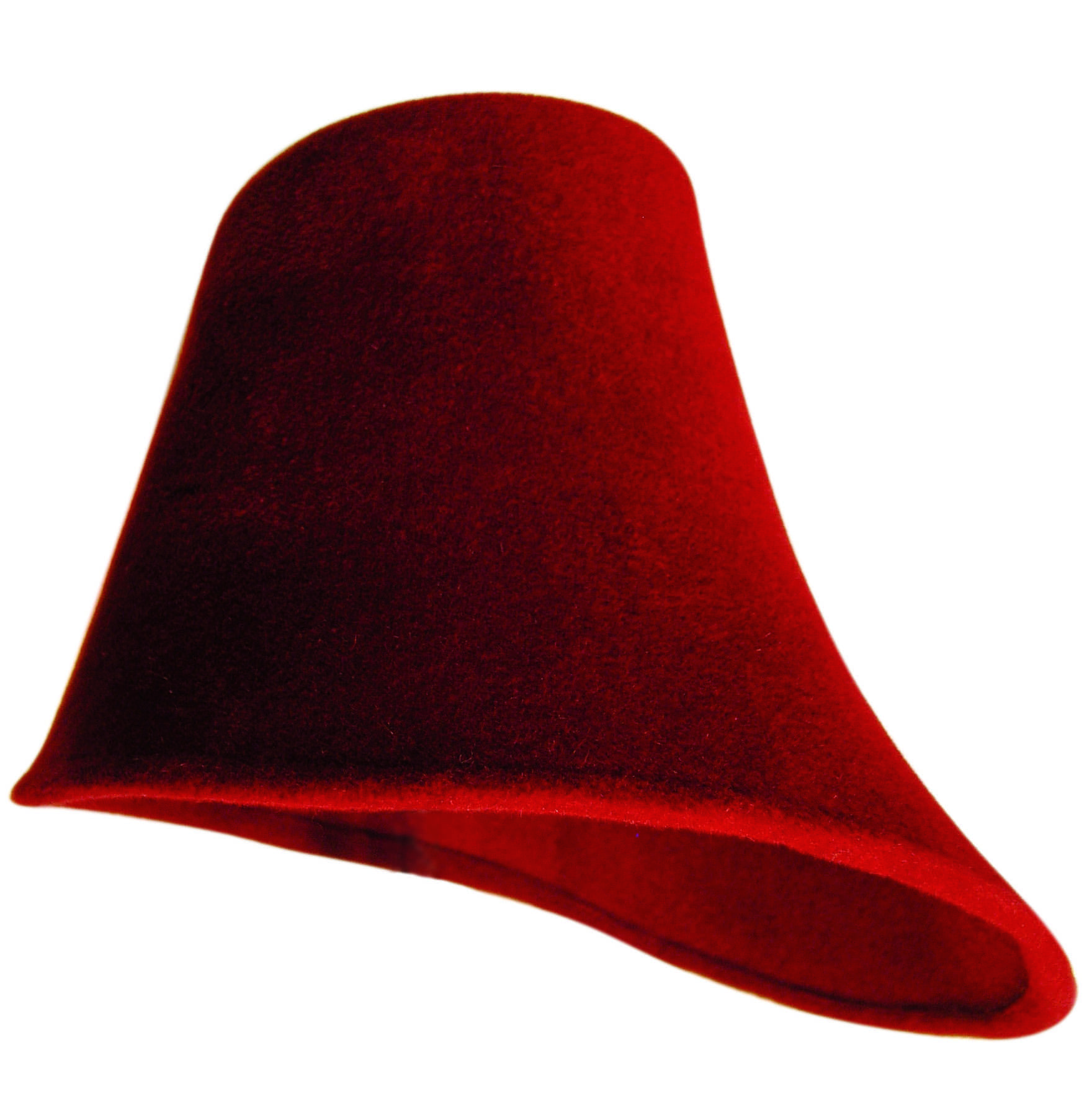 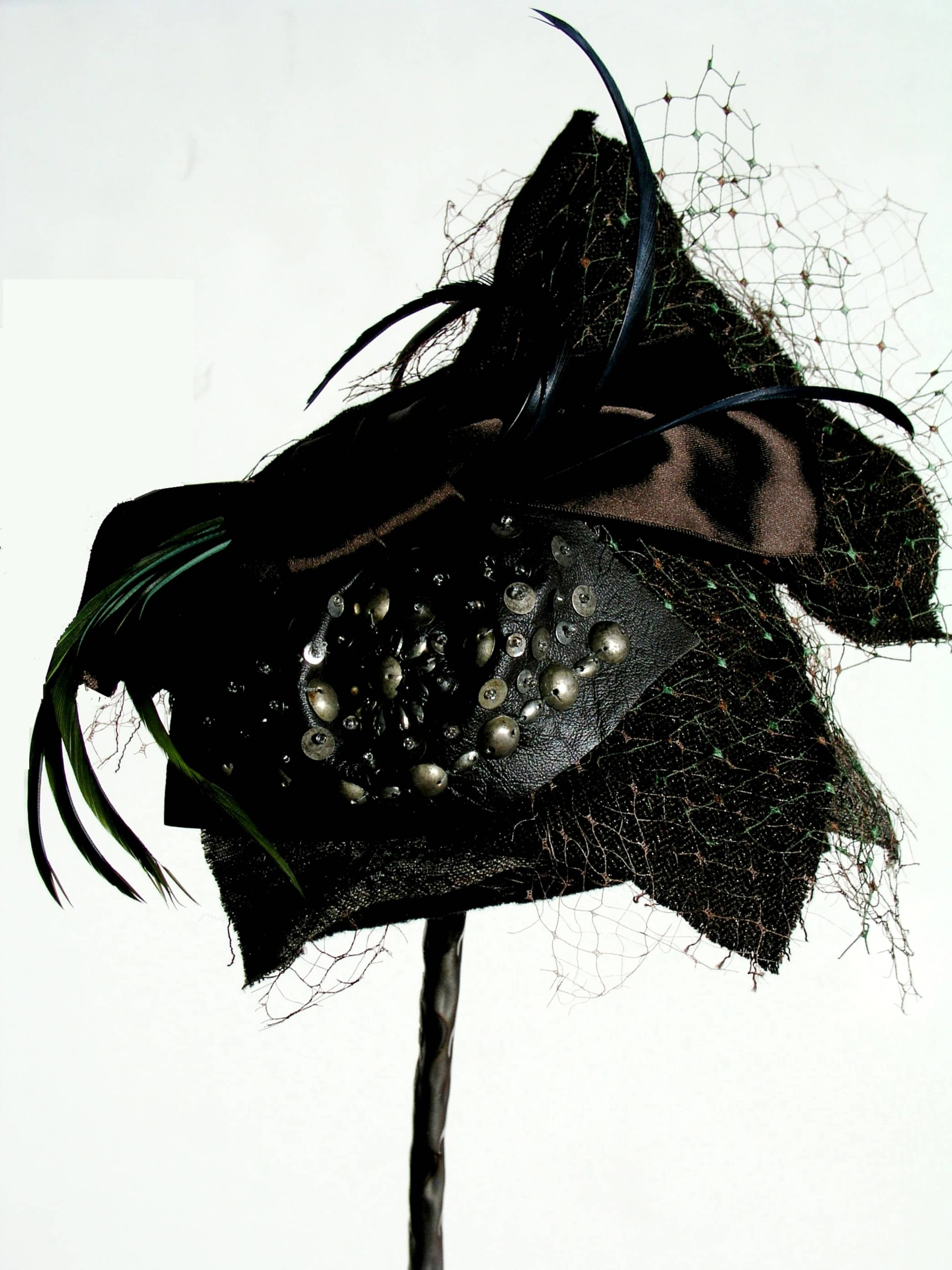 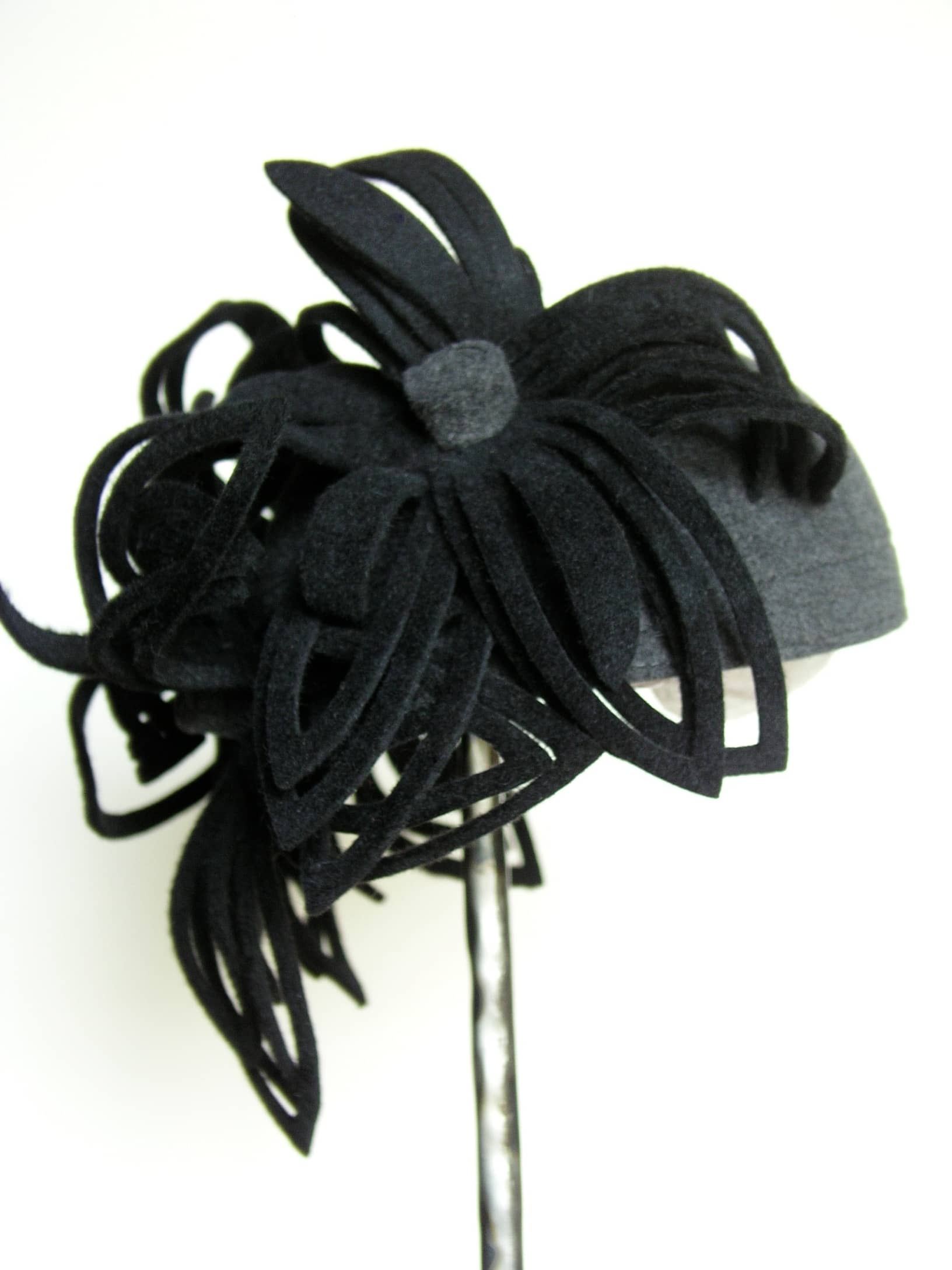 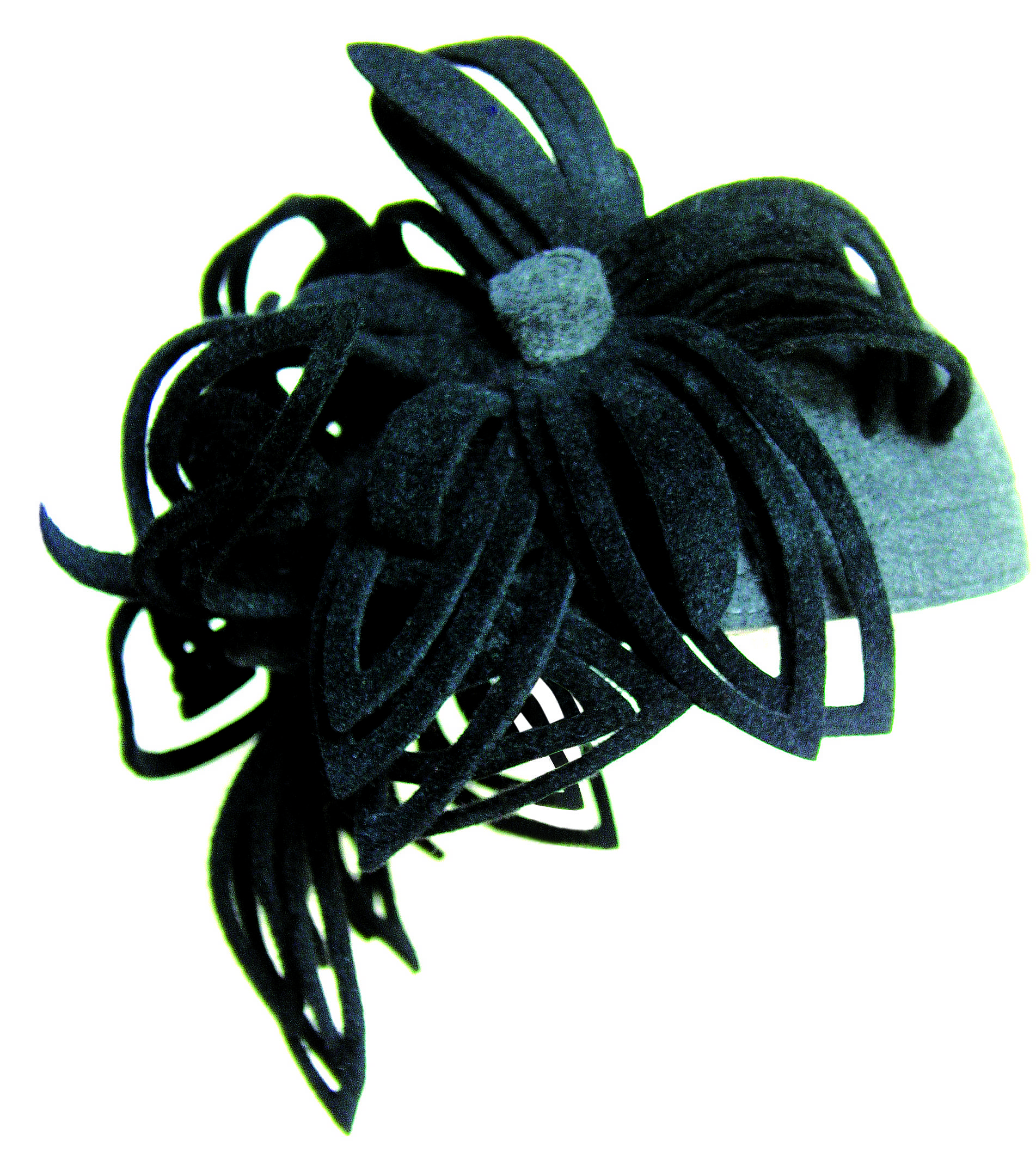 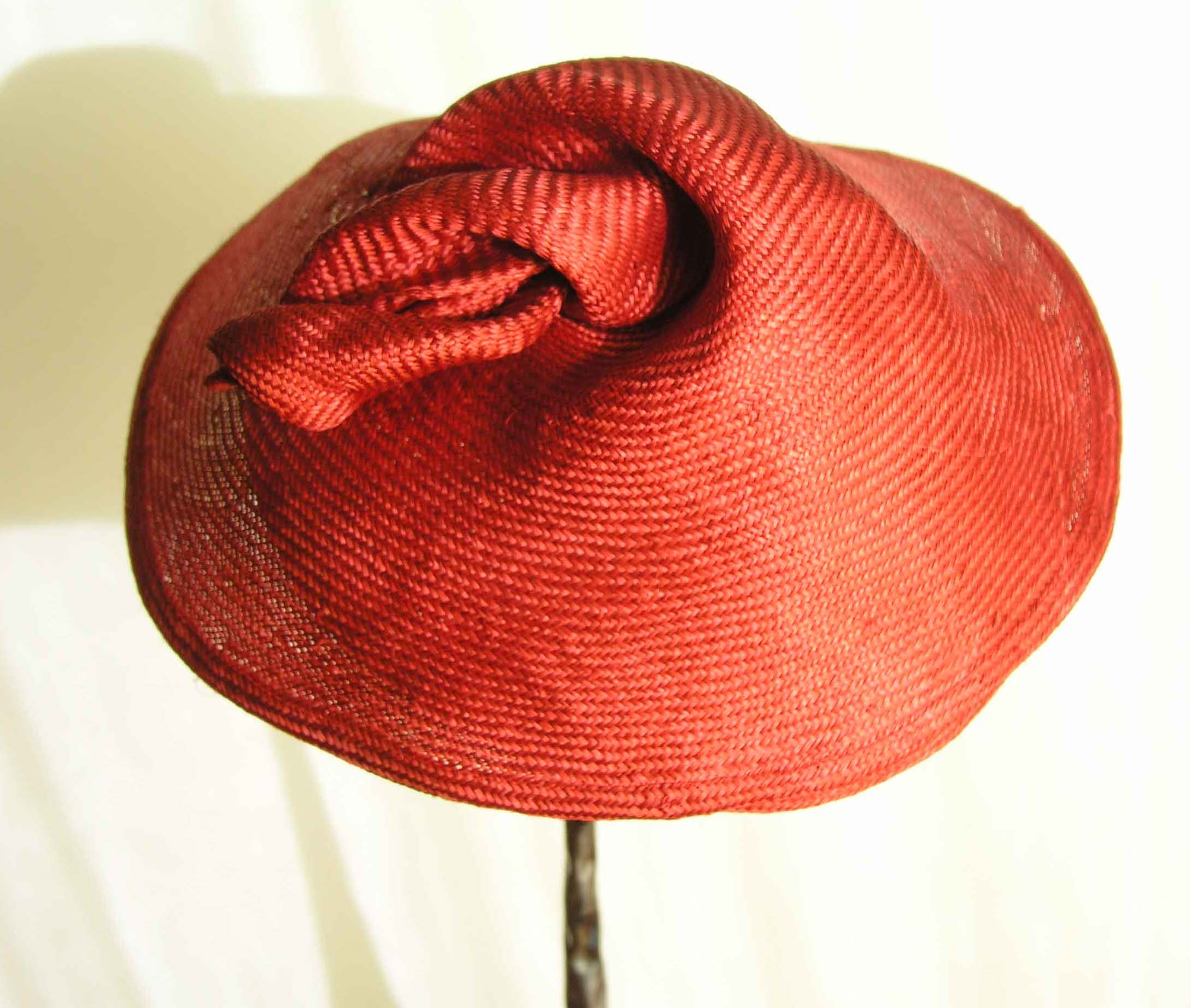 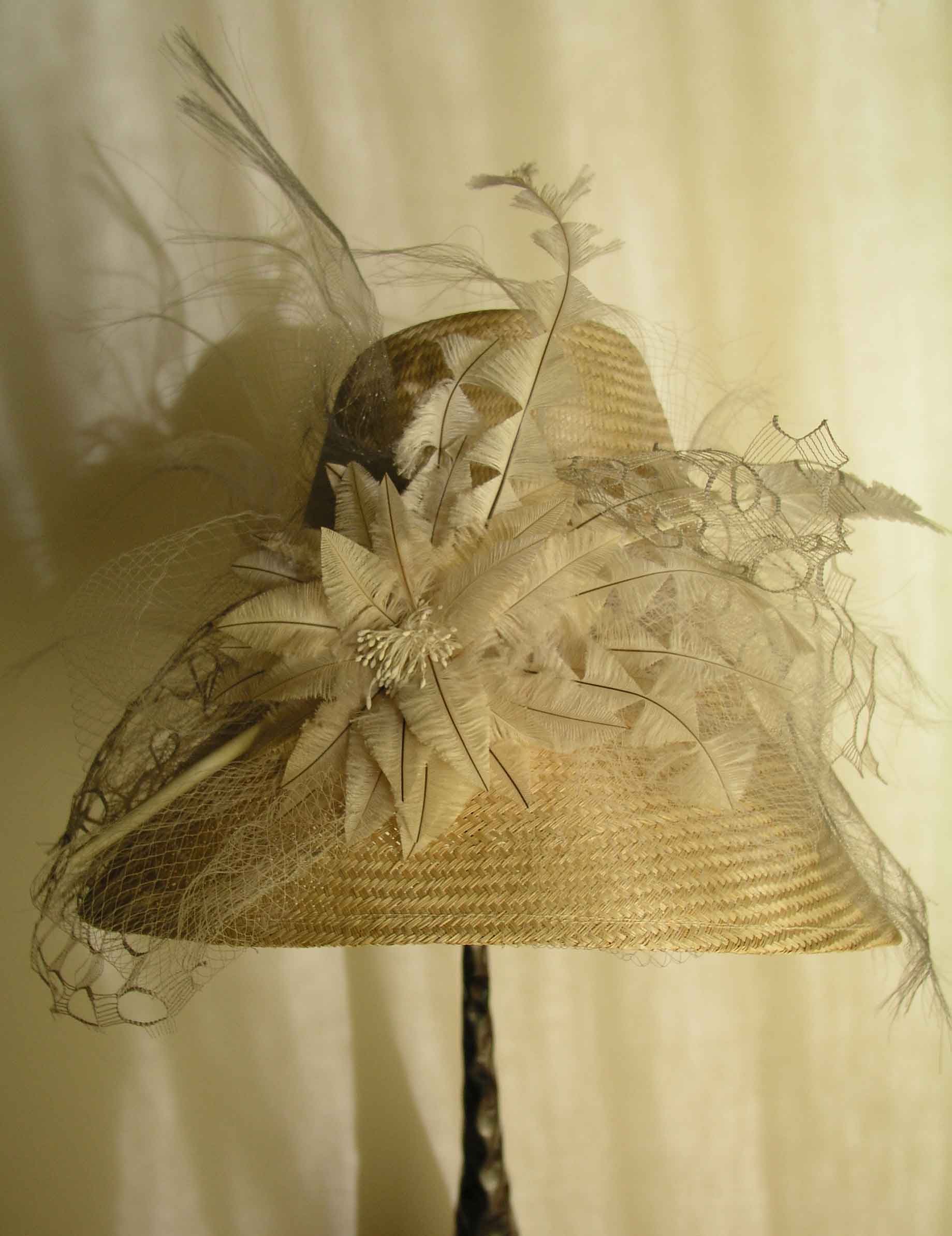 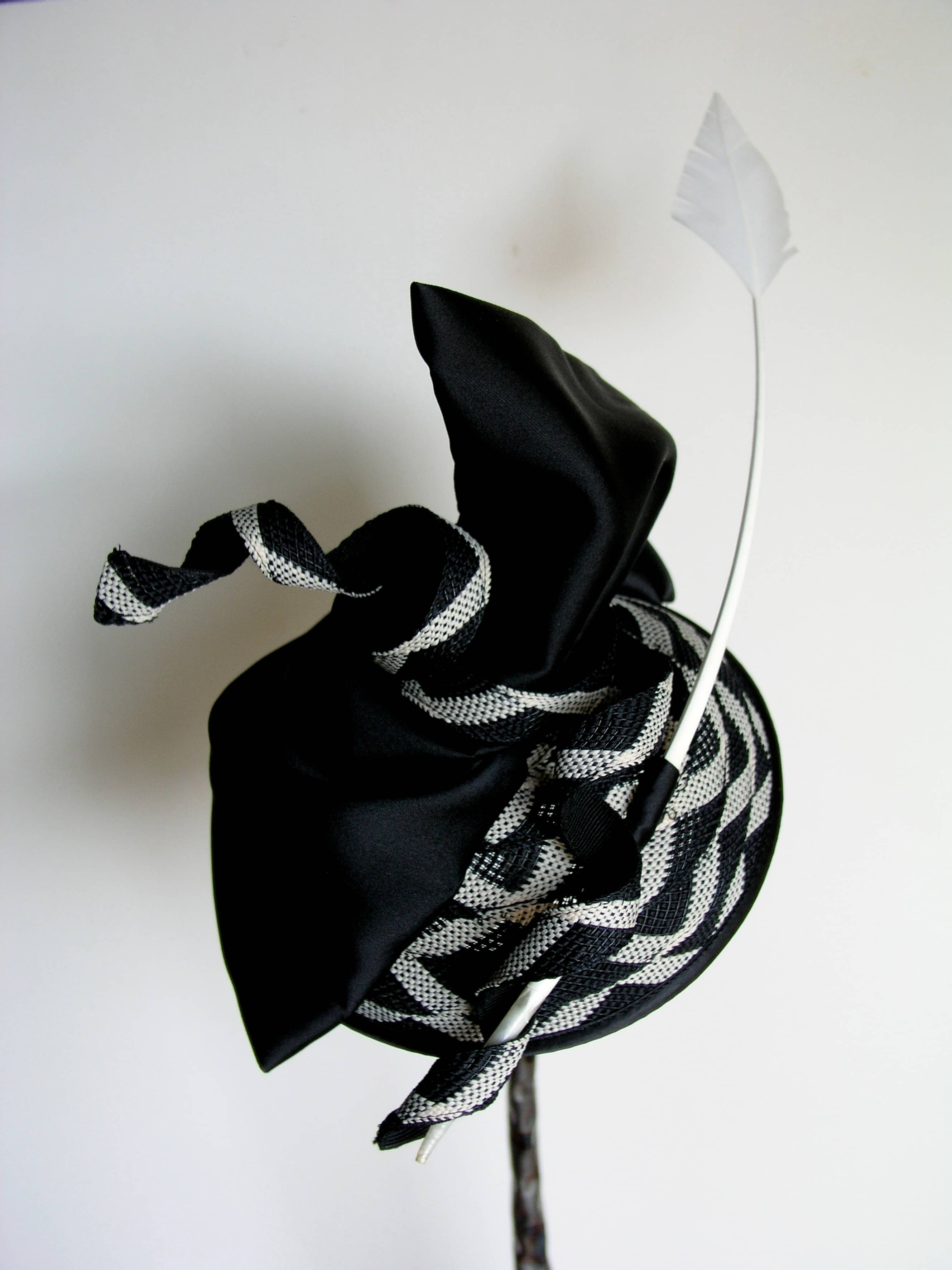 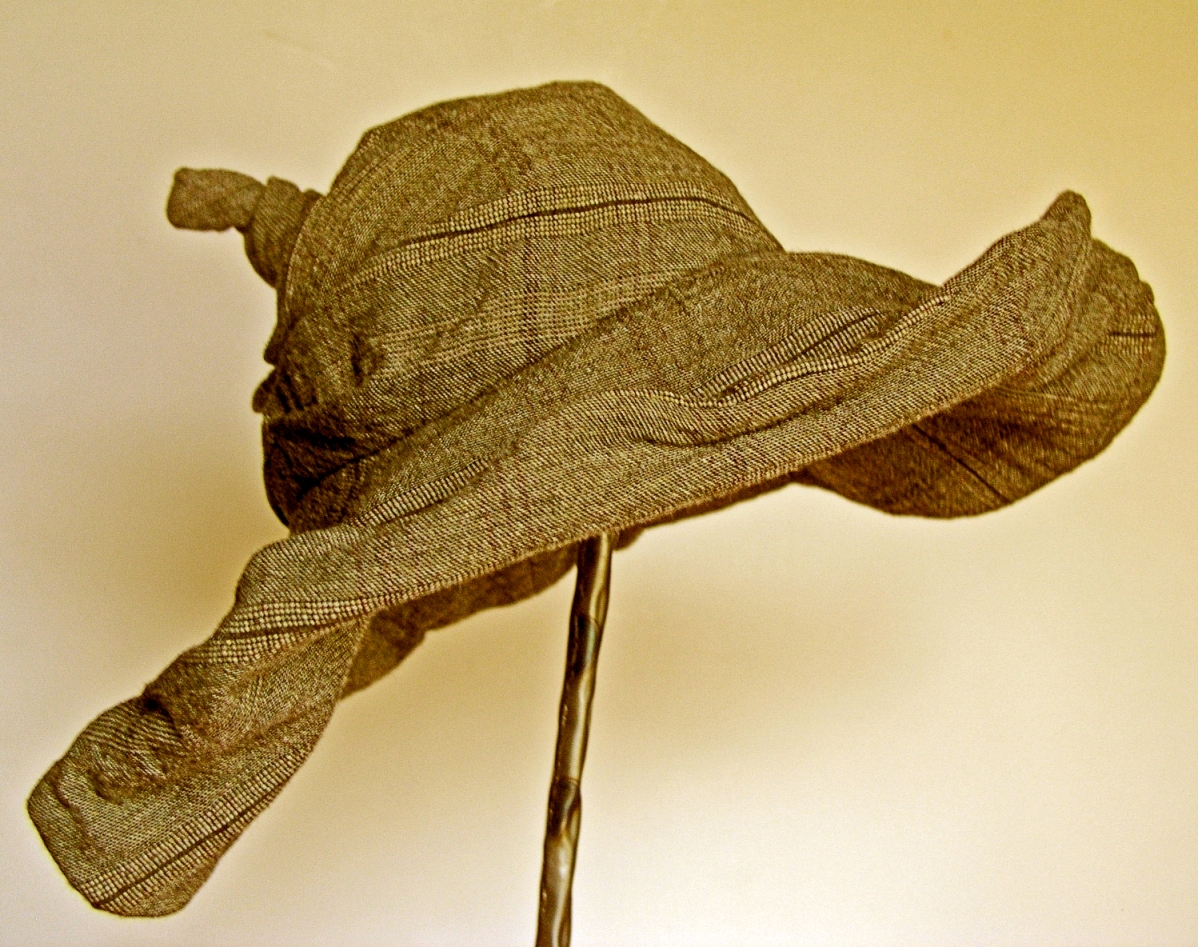 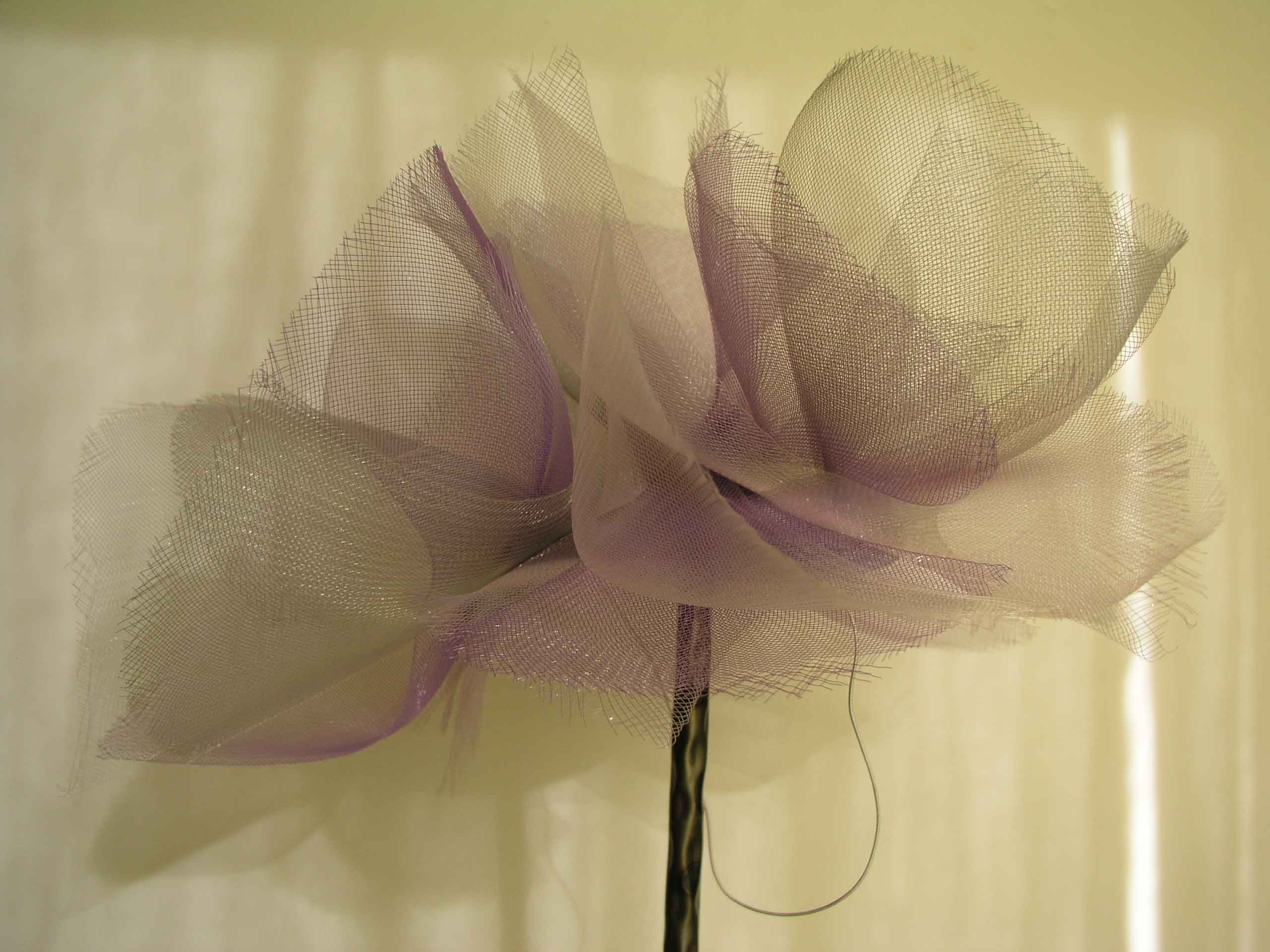 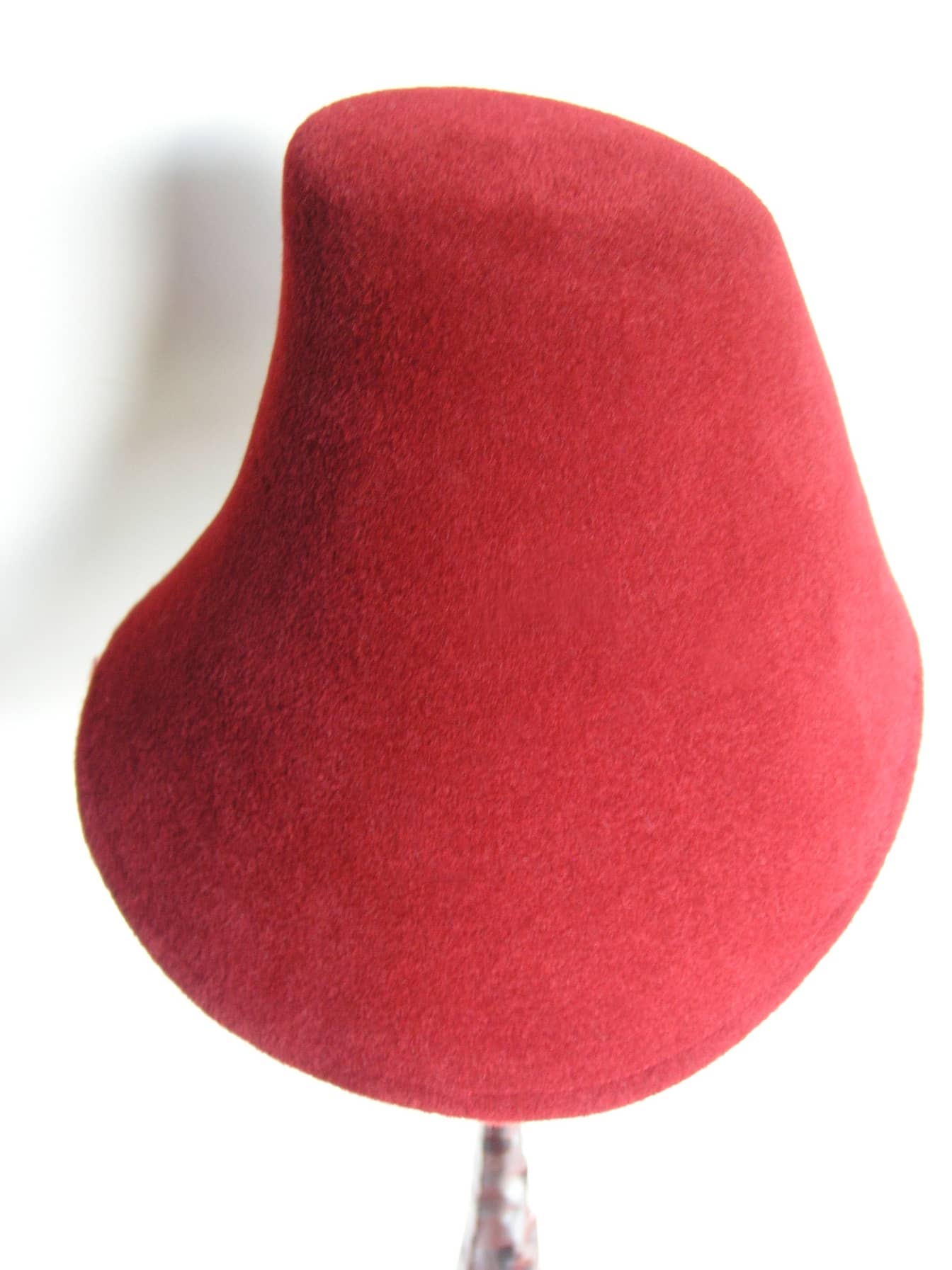 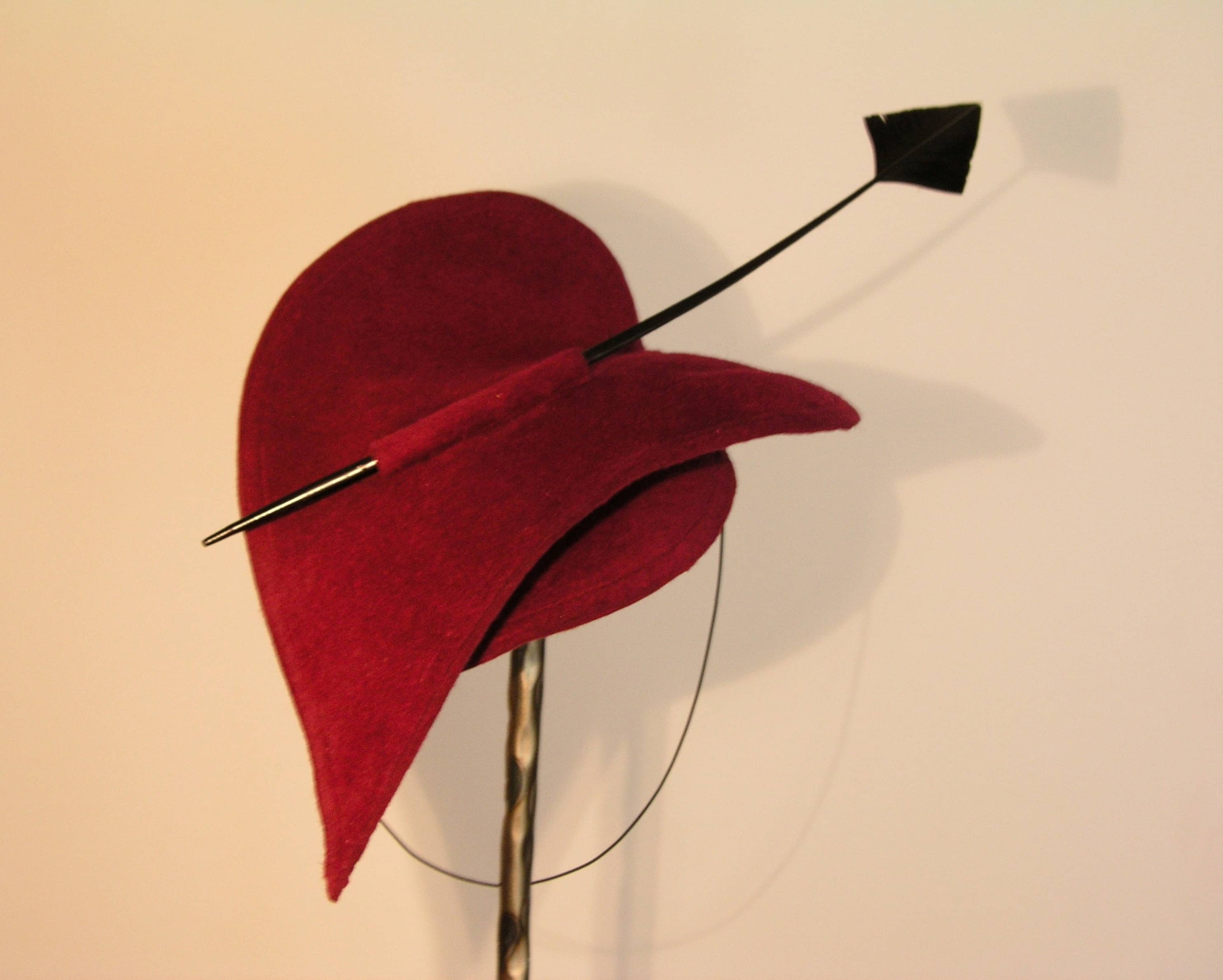 Carla Di Fonzo is the prime mover and designer of Carmilia. Her training took place in New York at the Fashion Institute of Technology (F.I.T.) and the Parson’s Institute of Design. Having obtained a diploma in Traditional Techniques of Fashion Design at the F.I.T., she focused her attention on the creation of hats. The spiral, in all its modulations, is the crucial element that underlies the creative process. The sculptural forms, achieved through techniques of craft processing, evolve from conventional materials such as precious felts, straw, silk, velvet and feathers, or through the use of technological optical-fibre fabrics. Carla Di Fonzo incorporates her passion for nature, for the depths of the sea and for films into her creative artefacts. The hats of the Carmilia range may recall towers or shells or vegetable forms, feature an entirely urban appearance, or reflect customs and places that are completely different, such as Tuscany and Bali, for example. This research generates fascinating results where the hat accessory, distinguished by striking elements of modernity, manages to transform the person wearing it. Carla Di Fonzo’s production has been presented in various shows both in Italy and abroad, among which we would mention: "The Artist as a craftsman", Fashion Institute of Technology, New York (1987);"Il Reggisecolo", Milan (1992); "Cinderella Revenge", London (1994); "Rigattieri e Linaioli" Florence (1998); "L’Eccellenza Italiana.Per Filo e per segno", Turin (2002); one-man show "Alta moda", Rome (2003); "Museo in Busta. Altamoda a Roma", Rome (2005).