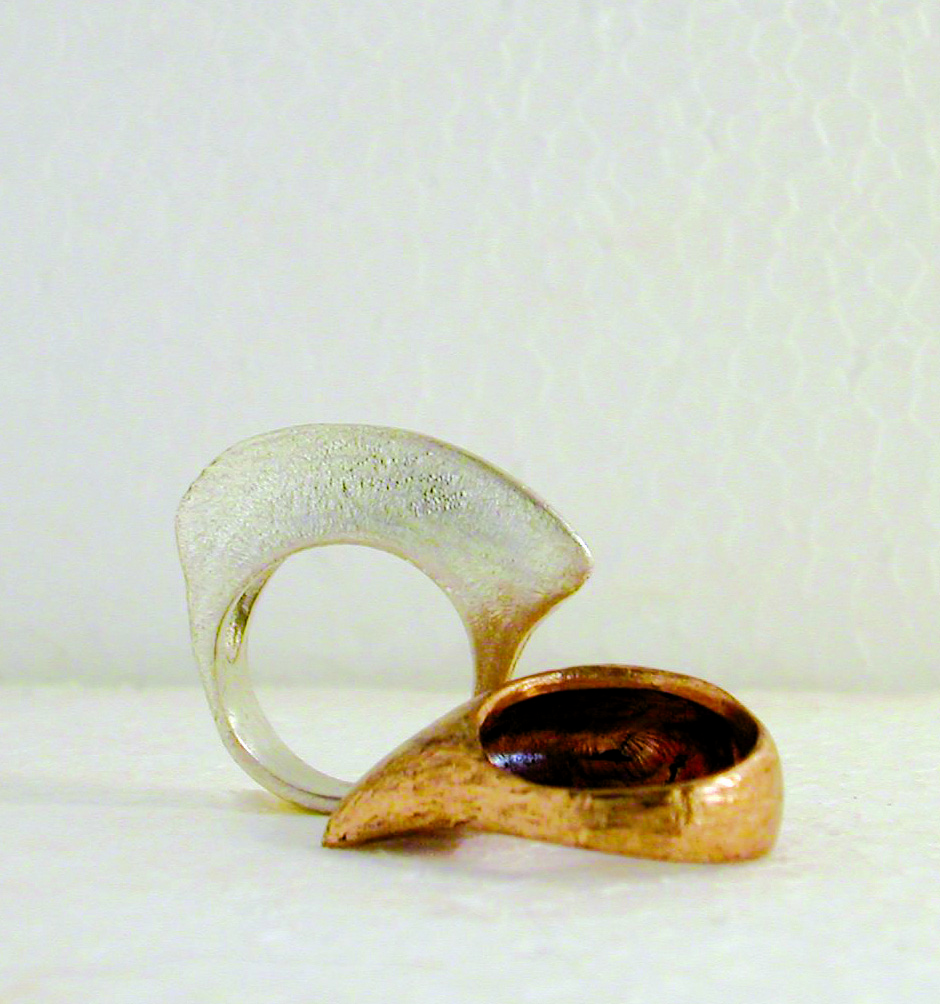 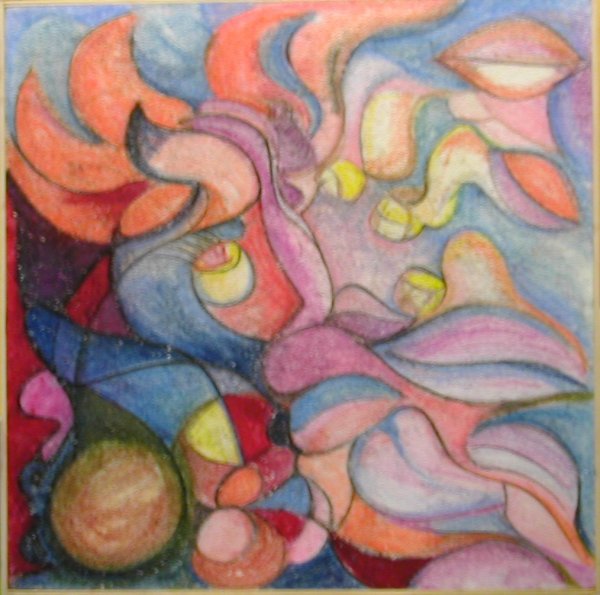 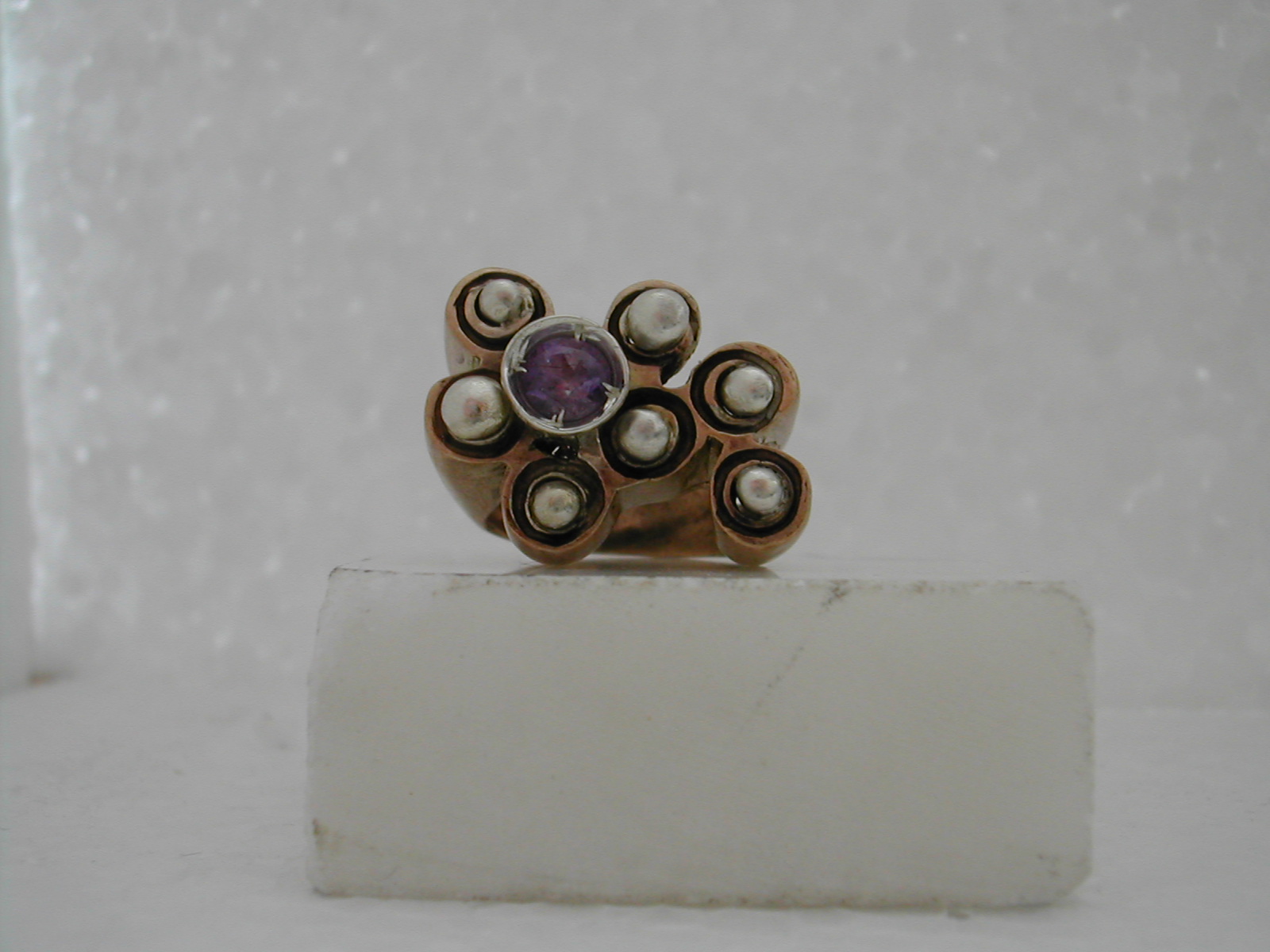 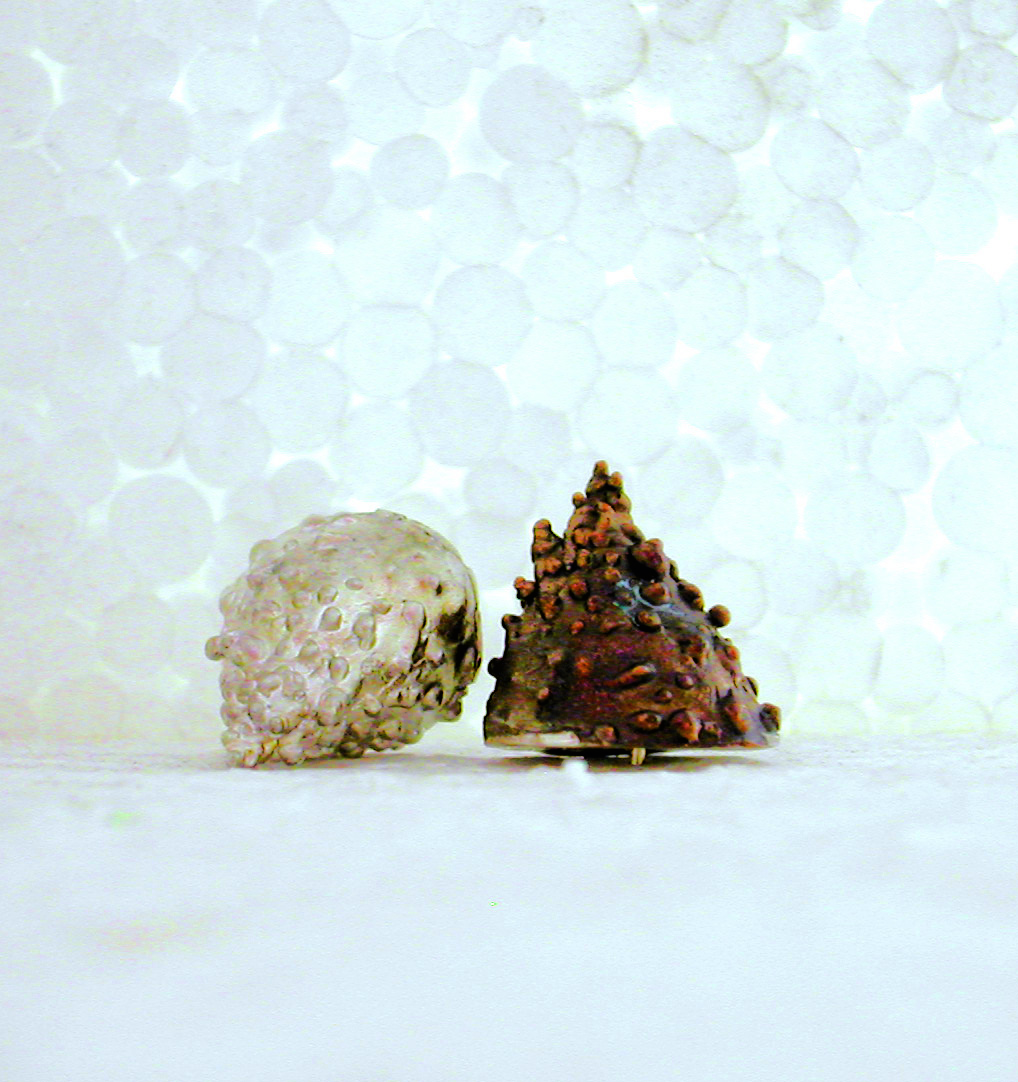 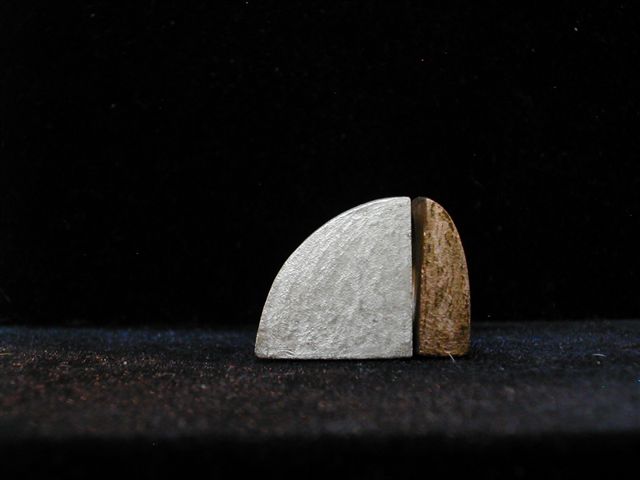 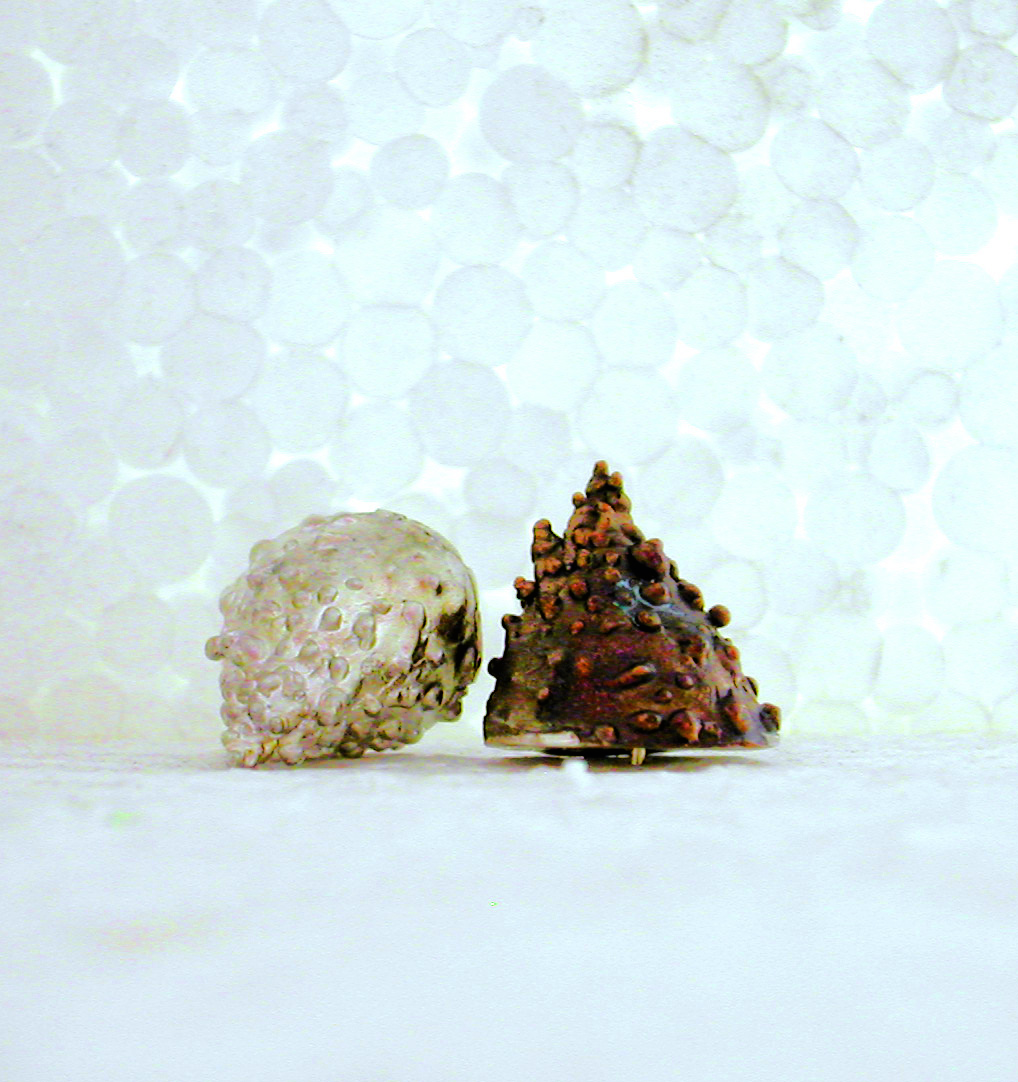 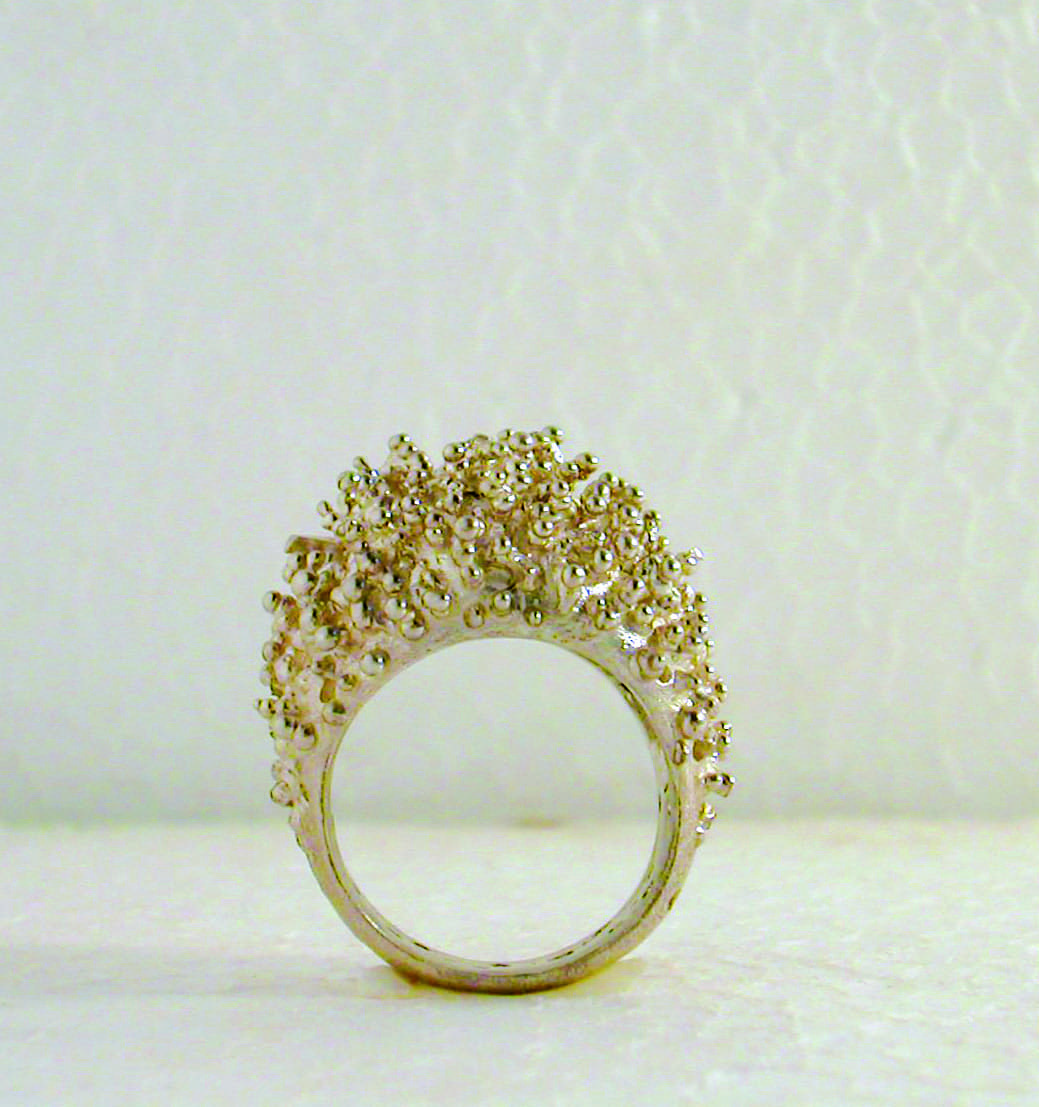 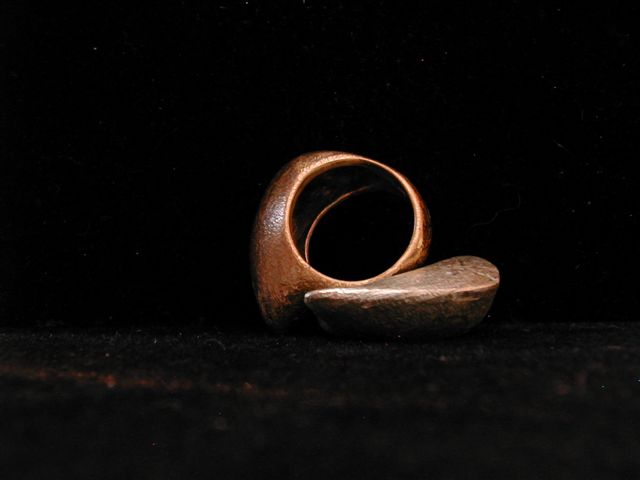 She lives and works in Monteggiori (LU). She trained at the Stagio Stagi Art Institute of Pietrasanta, where she was awarded a diploma in 1988 in the section devoted to the art of metals. She also attended the degree course in History of Art in the Literature Faculty of the University of Pisa, the Scenic Design course at the Accademia di Belle Arti of Carrara and the painting restoration workshop of Professor Migliorini in Florence. In 1994, she received in Florence the qualification of professional jeweller setter. Between 1994 and 1997 she performed her apprenticeship at the workshop of Angela Corsi in Florence. In 1997 she opened the Orocolato workshop in Forte dei Marmi. In 2001 she published the autobiographical novel “Il lago e le libellule”. From 2001 to 2003, at the Centro Servizi Gemmologici Gemlab of Sabina Belloni, she attended the seminars on “Recognition of pearls”, “Identification of diamonds under the lens” and “Recognition of coloured stones”. In 2003 she perfected the technique of clay-working at the Fonderia Artistica Versiliese in Pietrasanta. In the same year, she collaborated with Professor Antonio Barbato in training students in the metals section at the Stagio Stagi Art Institute of Pietrasanta. In 2005 she set up the Bottega d’Arte Orafa, which is still operating. In 2004 she displayed the collection “The magic of the dragonflies” in Milan, in the “Pergioco” site in Piazza San Babila. In the same year, she took part in the Salone del Libro in Turin, presenting her book, two paintings and a range of jewels in bronze and silver. This same range was also presented in 2005, both at the Contemporary Art Fair of Genoa, and at the Salone del Libro of Turin. In 2007 she took part in the Bijoux section of the Macef in Milan, with a range in bronze, silver and aluminium, “The magic of the lake and the dragonflies” echoing the title of her novel.