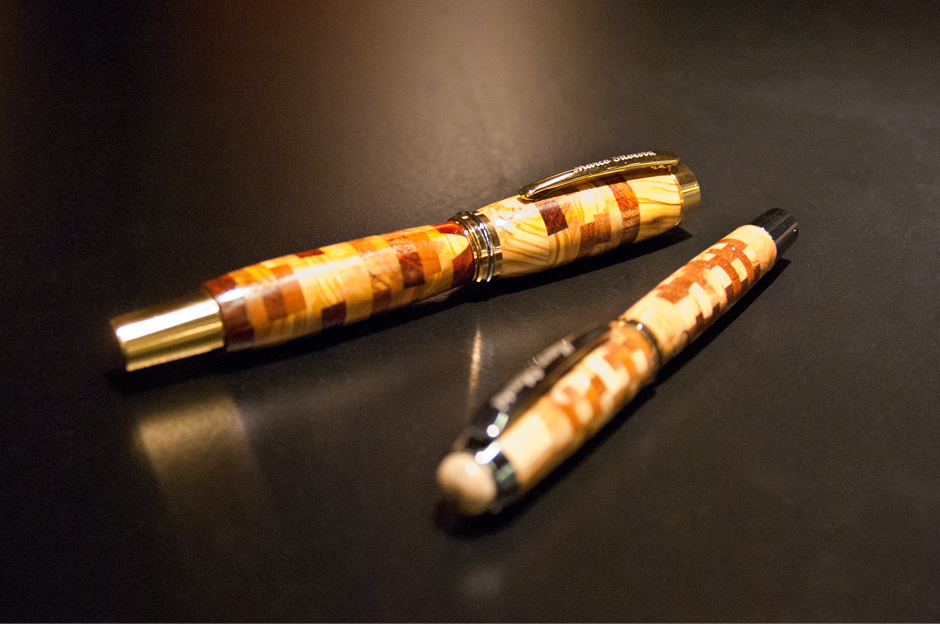 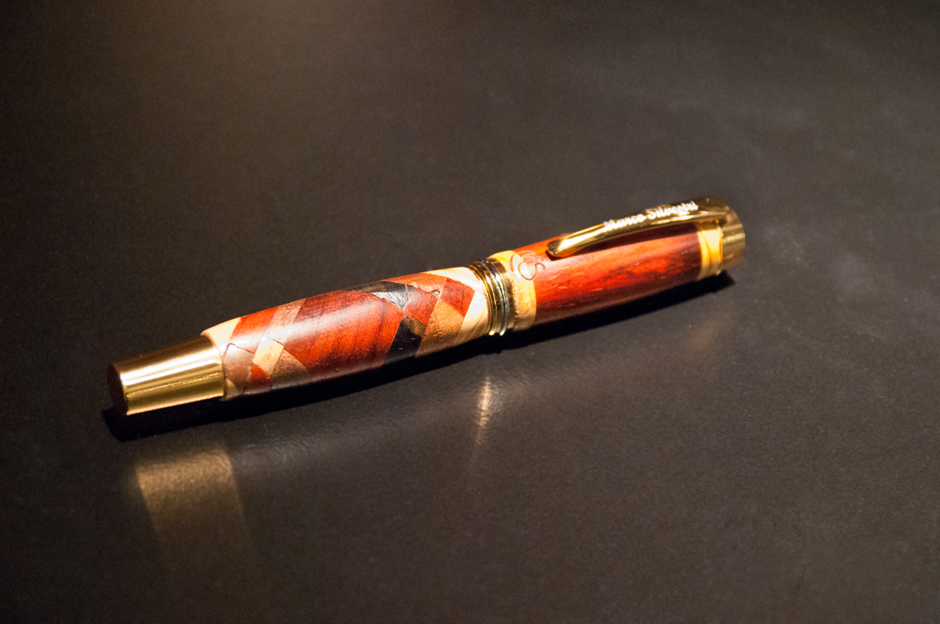 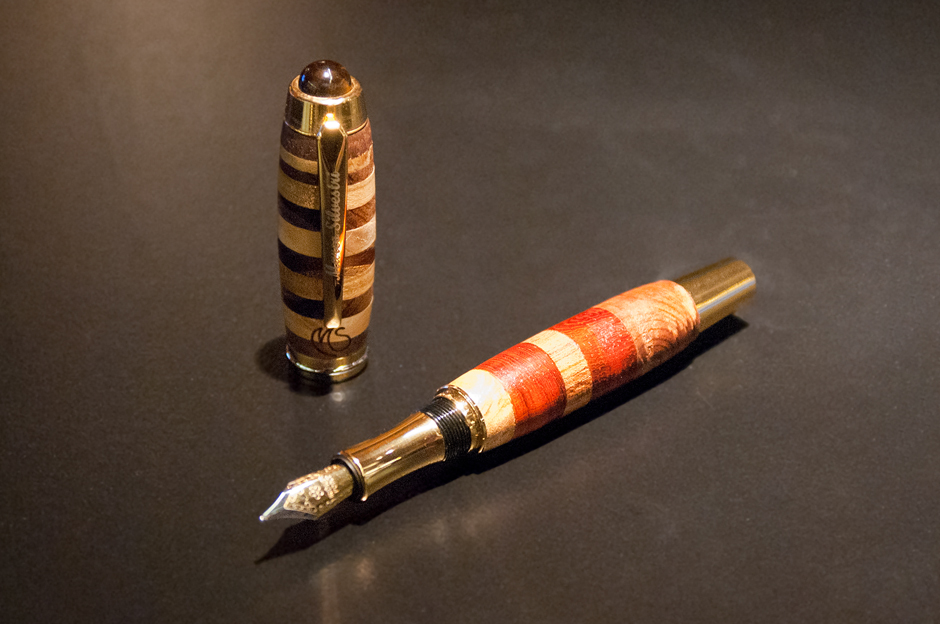 Marco Silvestri lives and works in Pistoia. There he received his training when he started to work as a woodcarver with his father as a teenager. His production spans from making frames and mirrors to wood artifacts with a very personal taste, original forms shape and aesthetics. A passion for woodcarving that goes along with the one for painting, whose techniques and skills that he learned at a young age bring him to exhibits all over Italy. His sensitivity as a painter and his love for color palettes appear to influence his activity as an artist/craftsman as well. In fact, in only a few years, his discovery of the wood lathe has opened new horizons for his production, allowing him to translate his own creative spirit in handicrafts with suggestive palettes such as with his pens: small masterpieces that the ever changing grains of the wood and his skillful craftsmanship transform into one-of–a-kind objects.