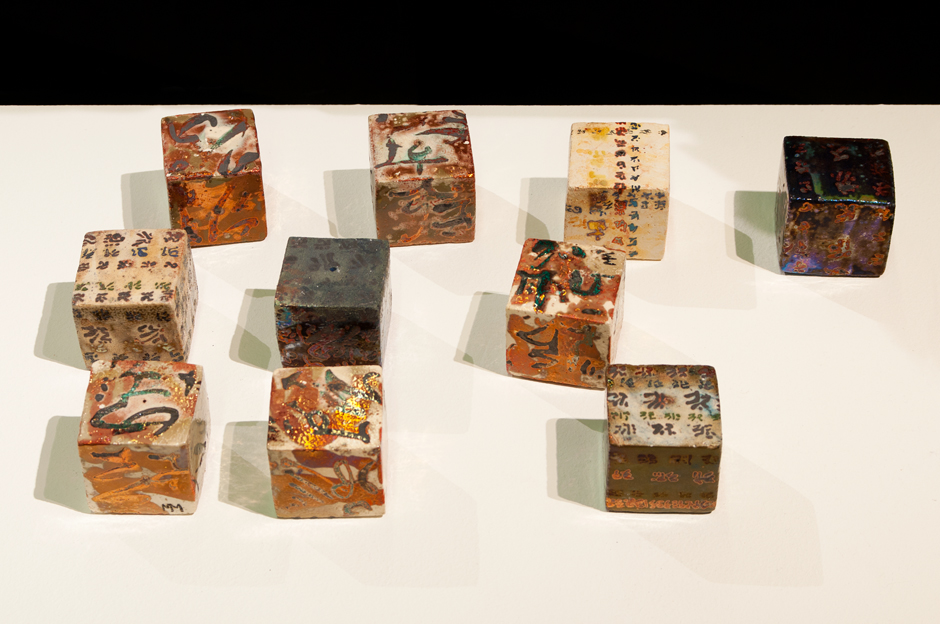 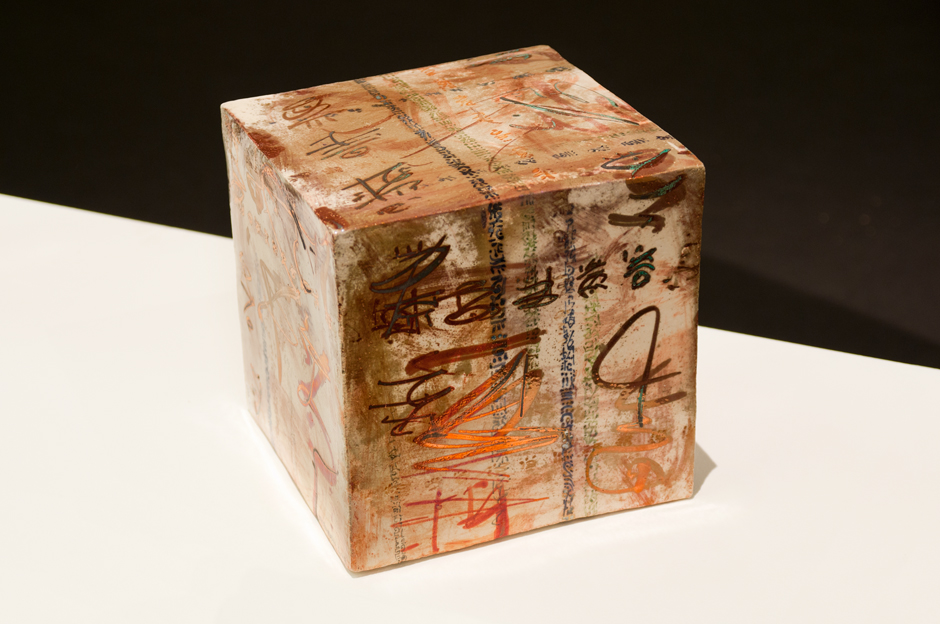 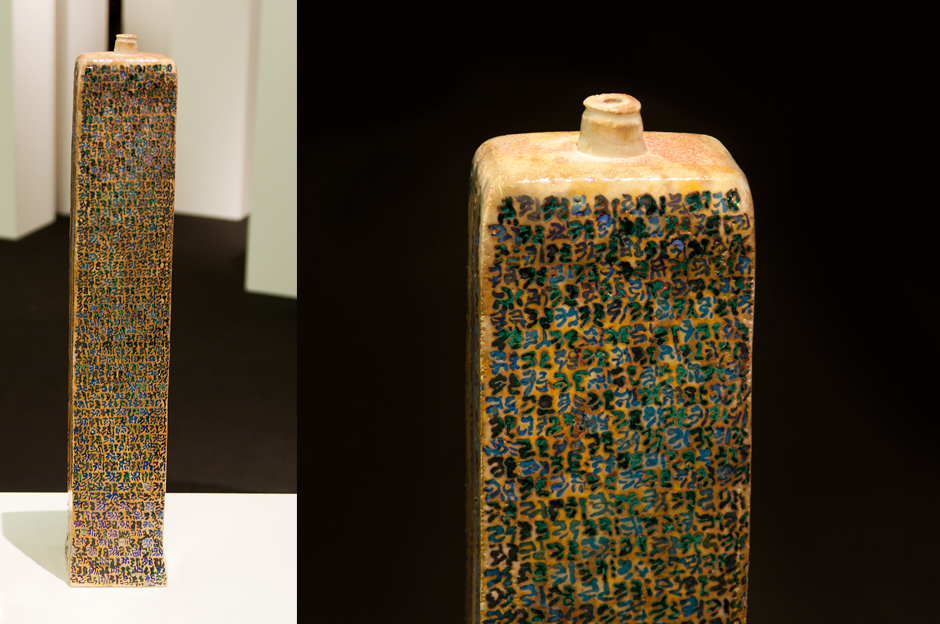 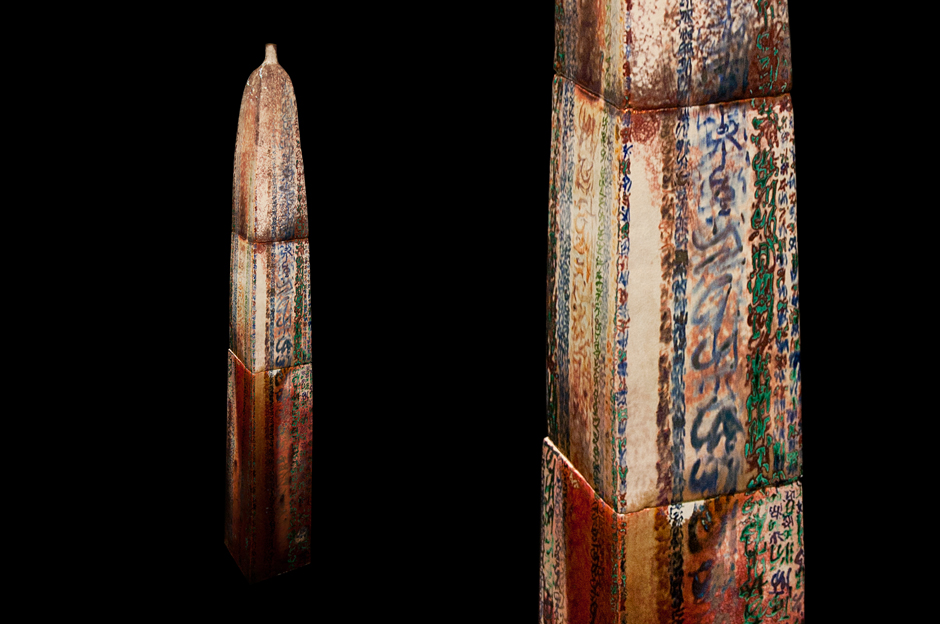 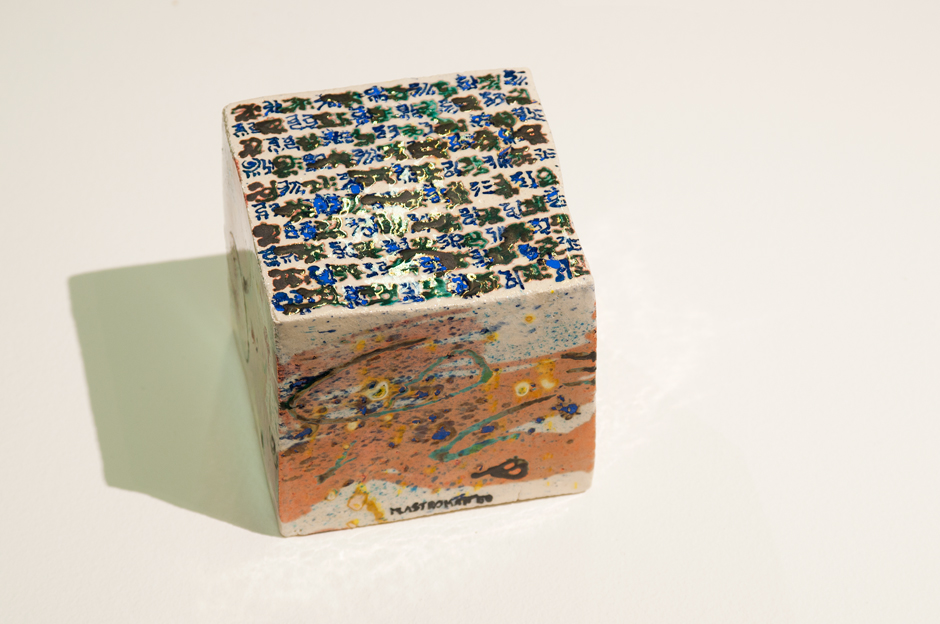 The creative path followed by Maurizio Mastromatteo started with painting. In 2008, through experimentation with papier-mâché and mosaic, his ceramics production of stele-vases was born, built with a slab plate and decorated with a vaguely Asian trait that, from then on, continues to be present in his work.His creations feature iridescent colors obtained by firing with reduced oxygen, a technique he learned from his uncle, the artist Paolo Staccioli. In 2010 he started making his first small sculptures, often figures seated on cubes or on metallic supports also made of ceramic, then moving on to producing bigger sculptures made with the coil work technique. His works possess a great evocative power often using the sign as a graphic movement: symbolic either of the figure’s inner movement or of its connection with the outside.