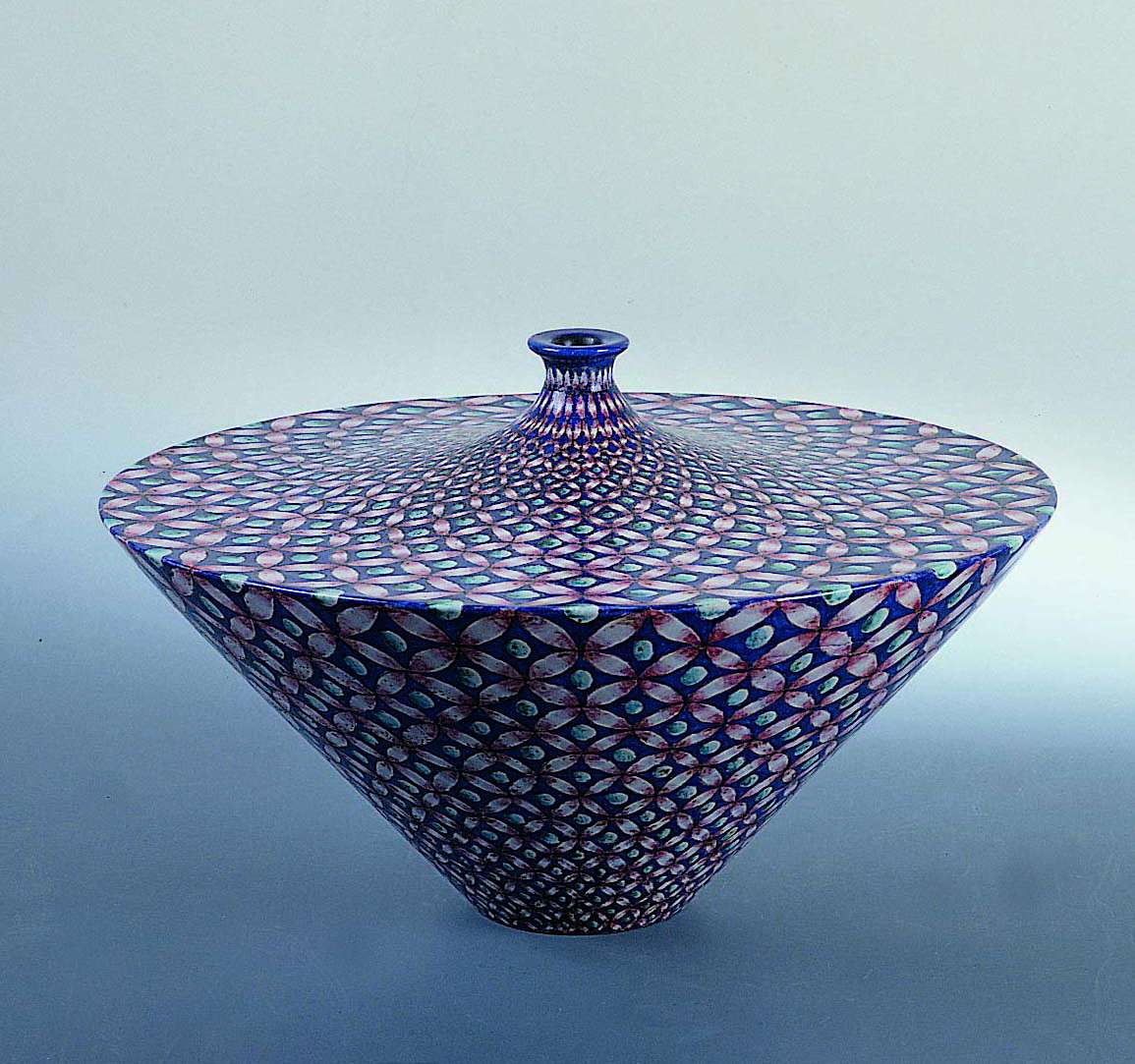 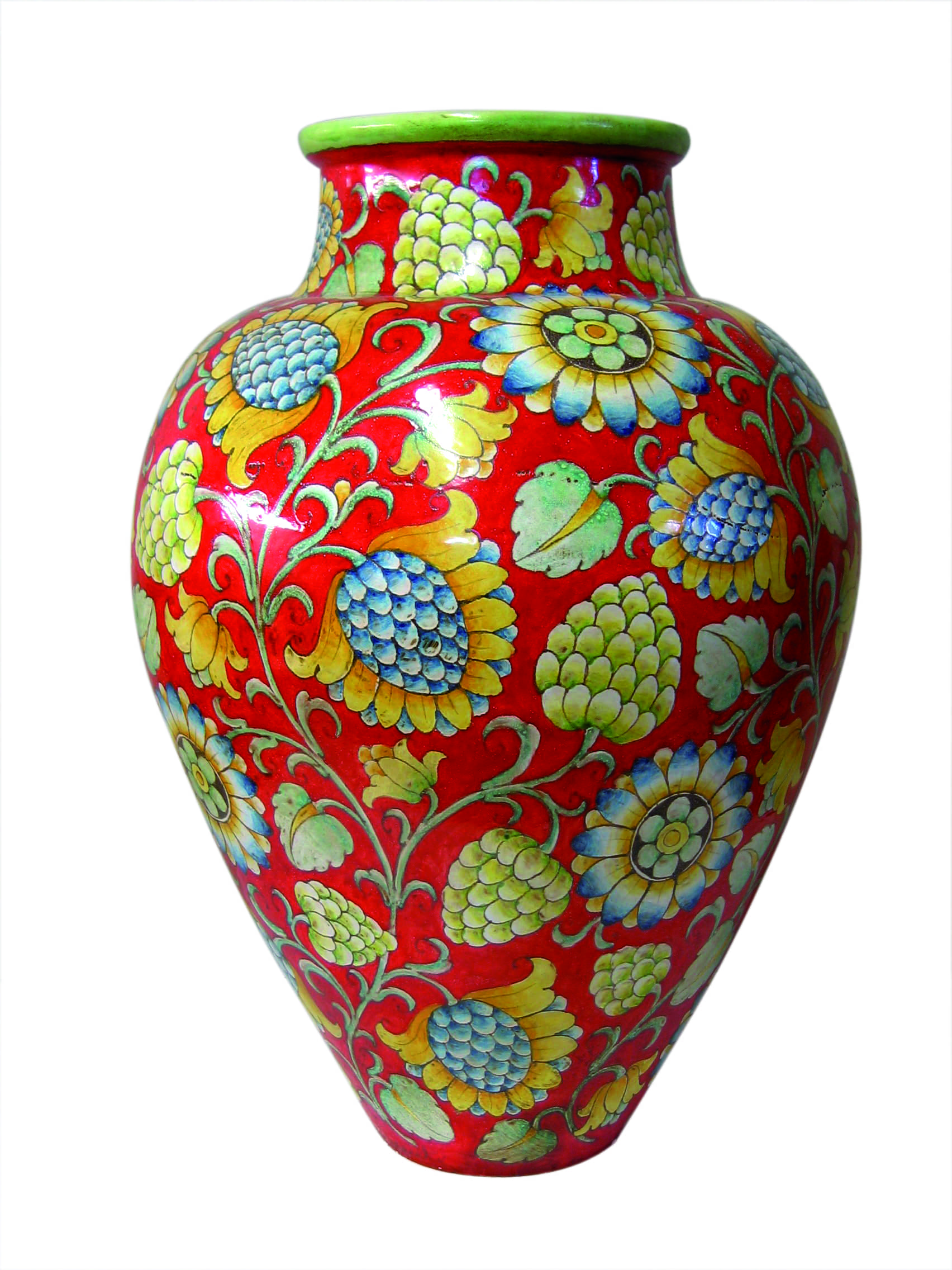 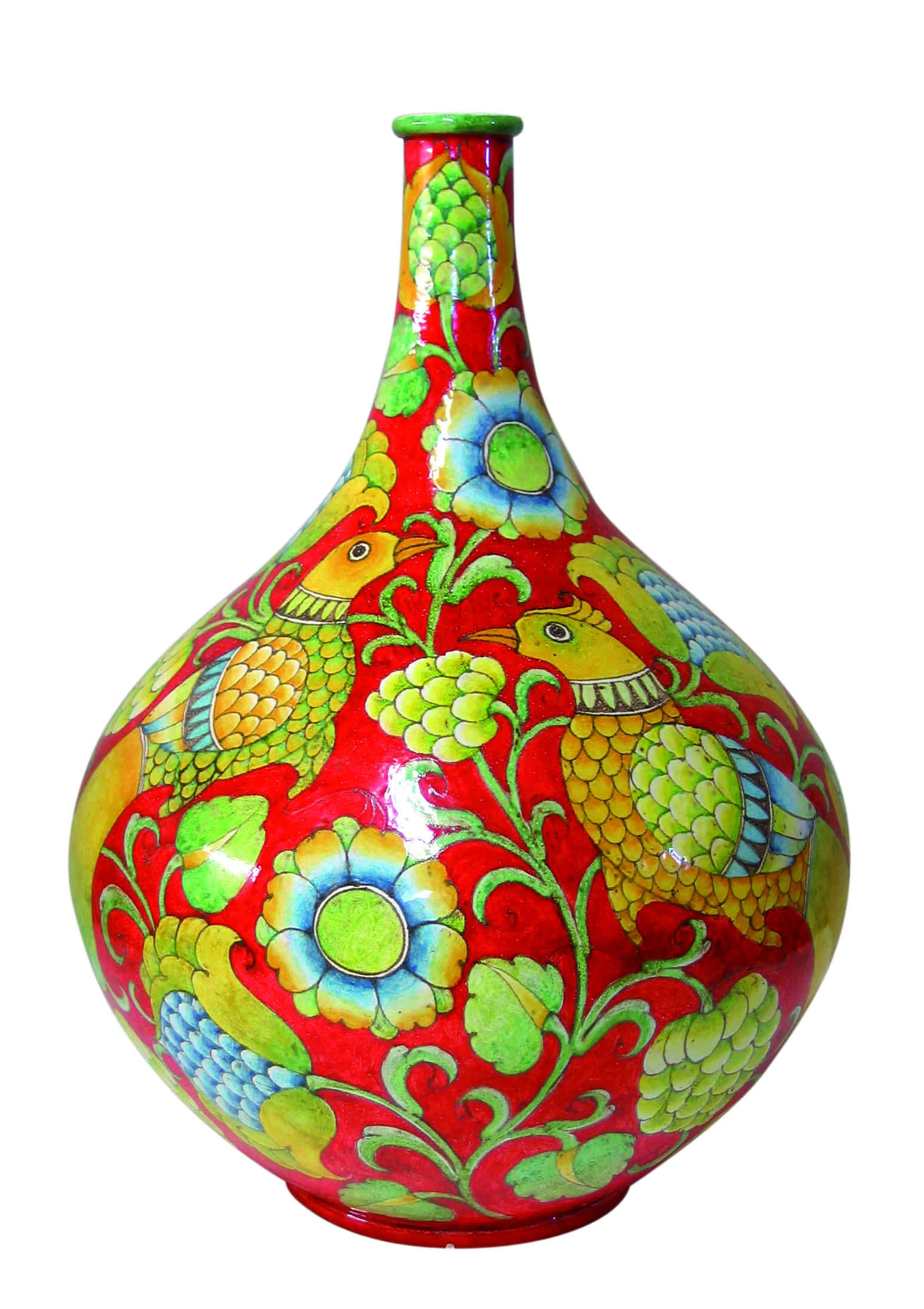 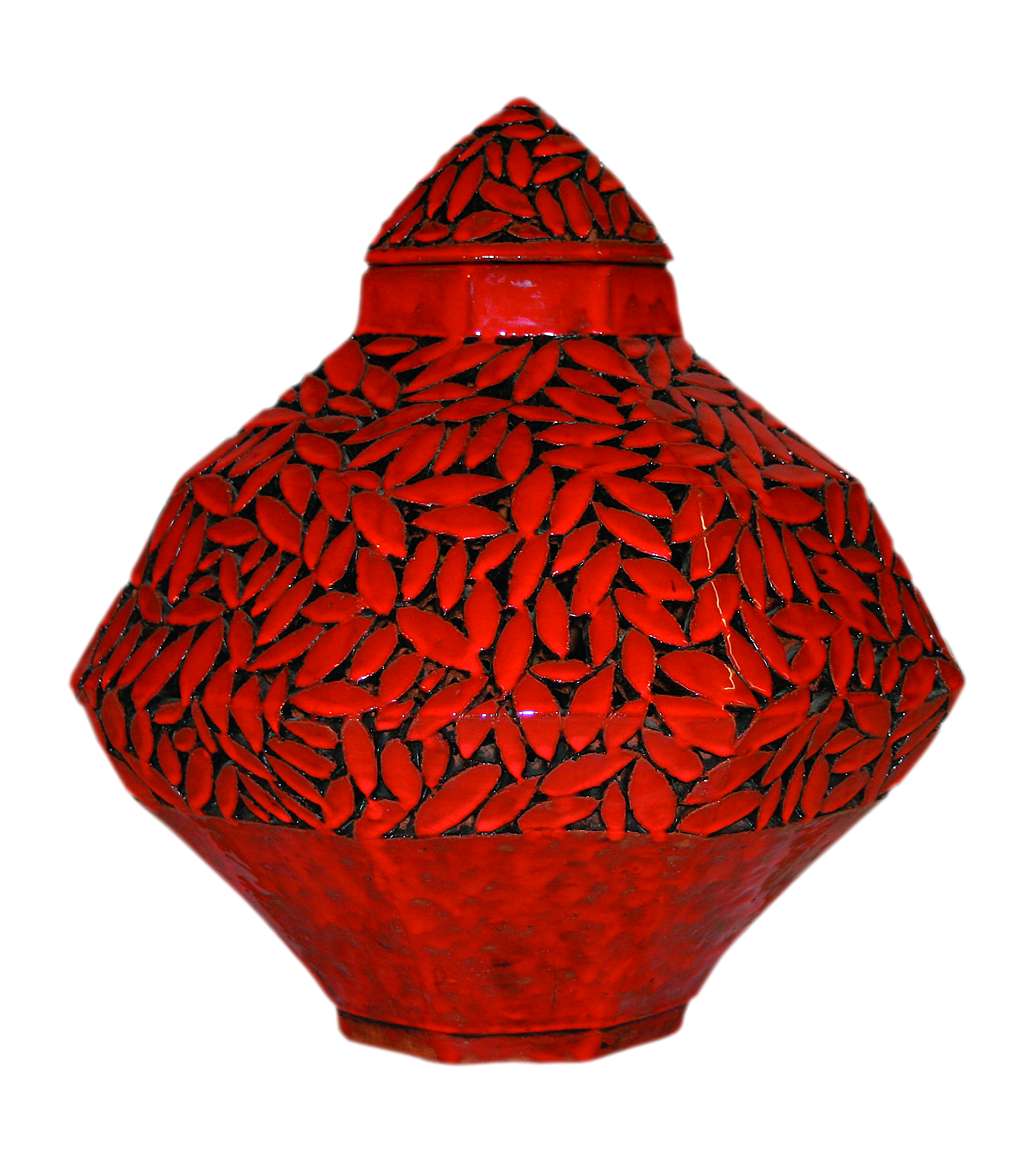 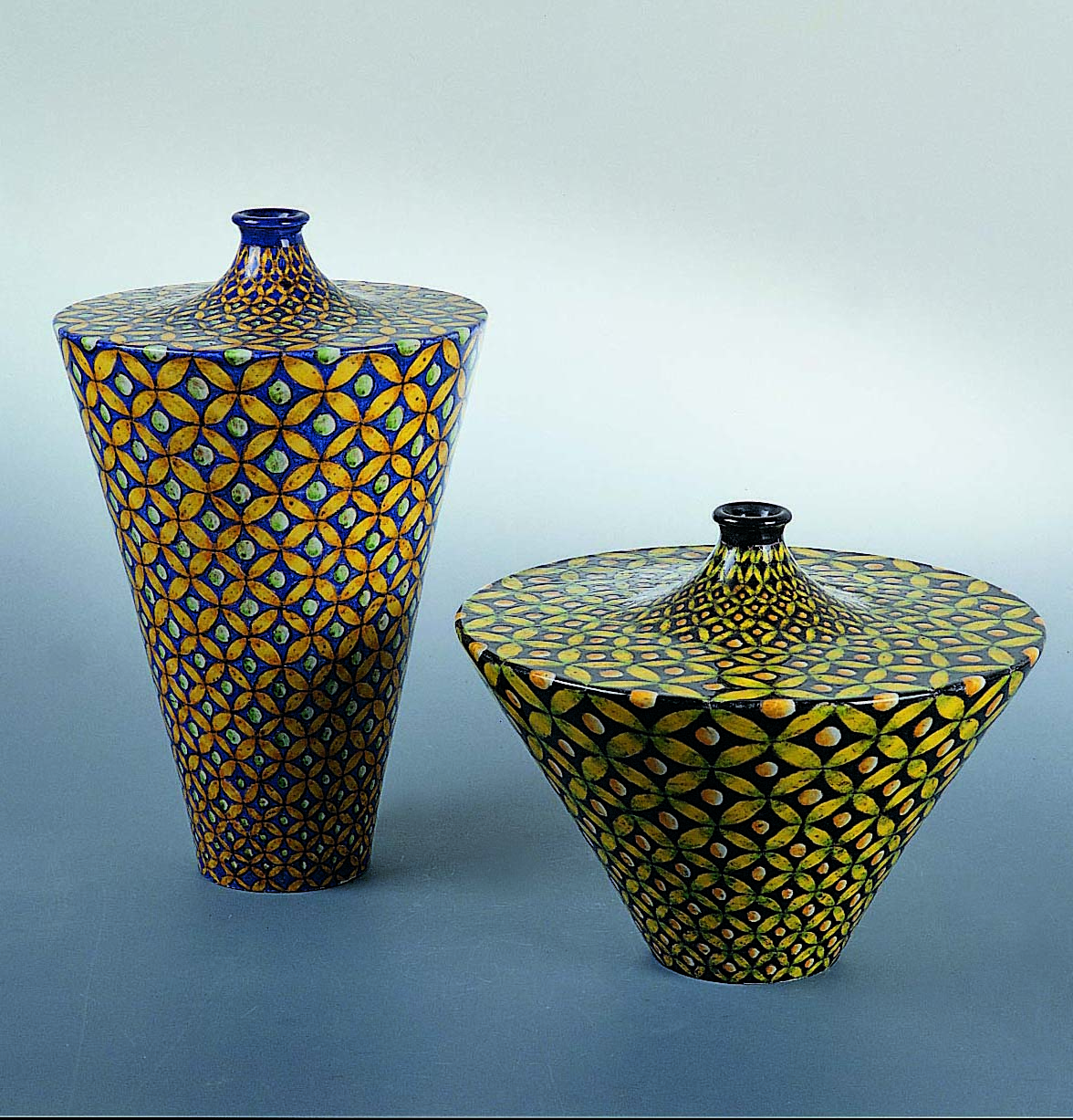 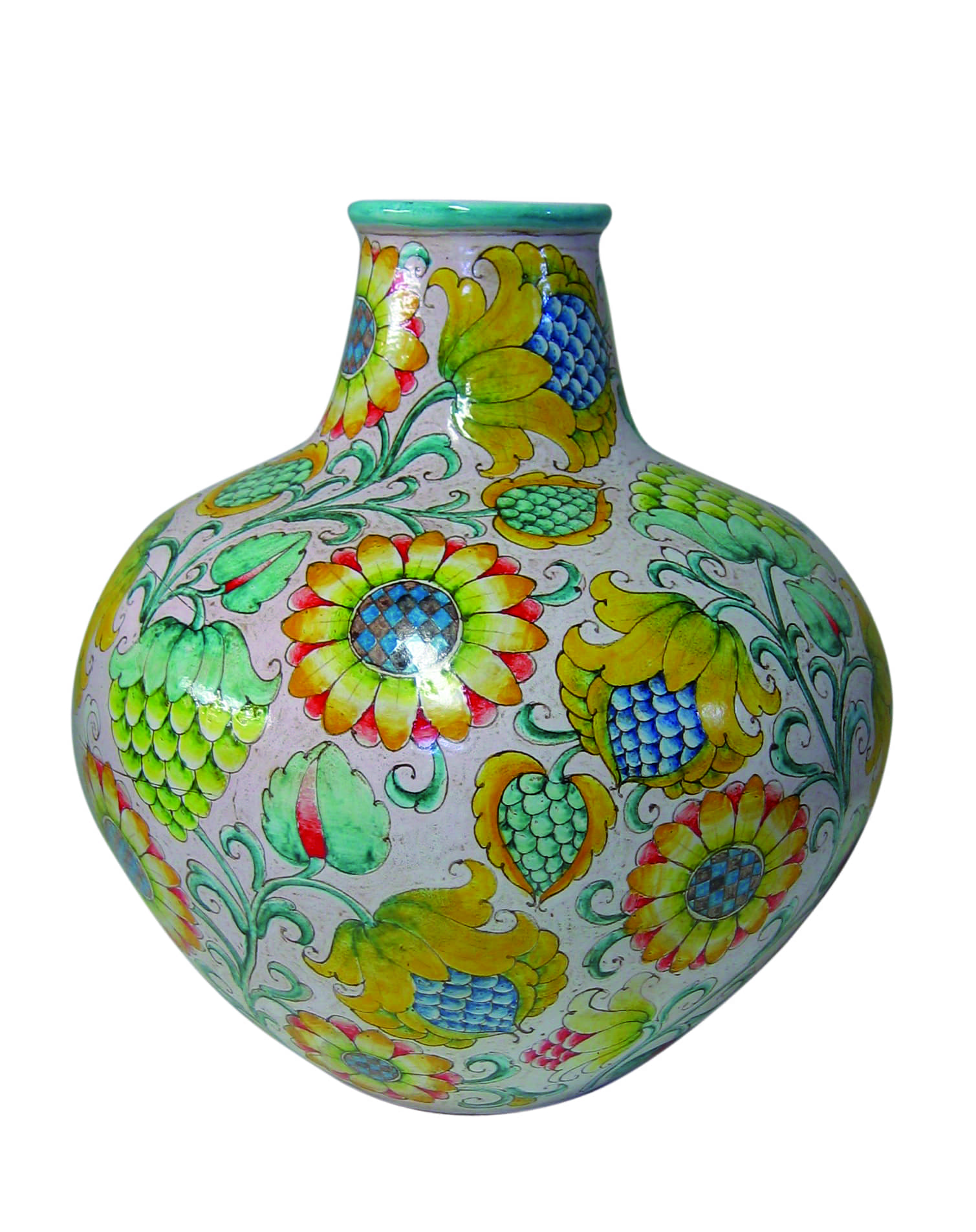 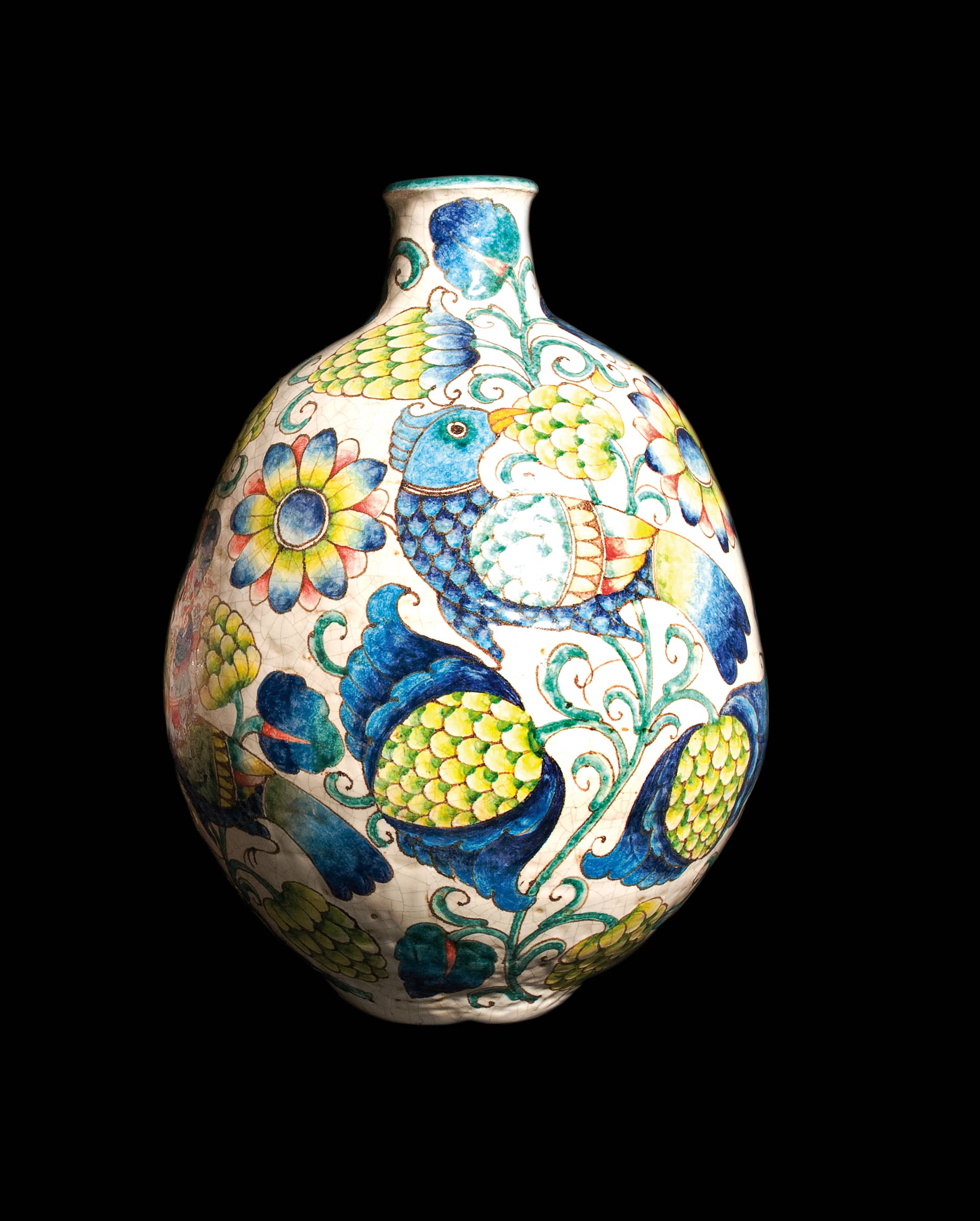 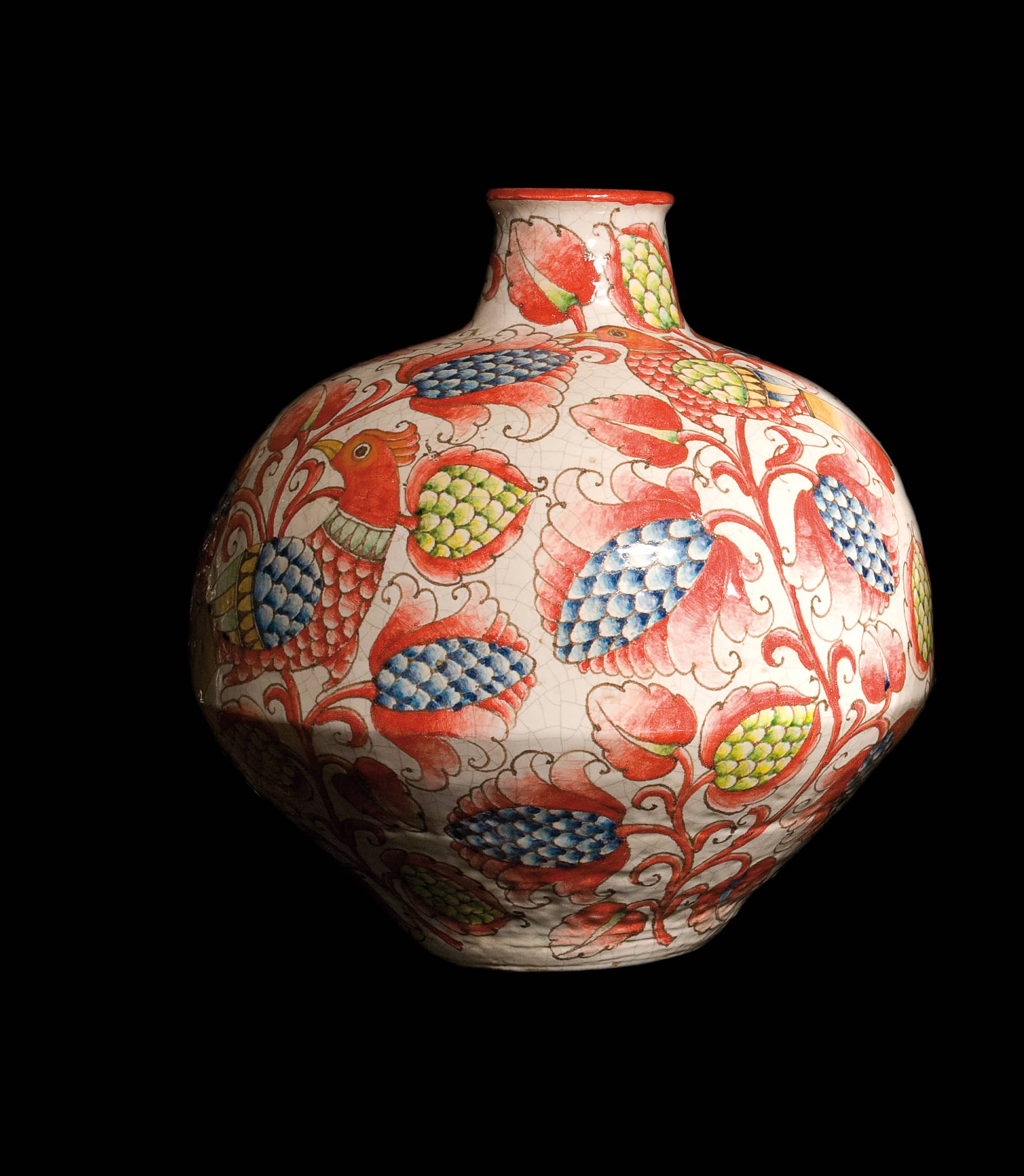 After having conducted for a certain period his own handicraft business in Florence, in the Sixties Romano Innocenti moved to the splendid hills of Montefiesole, in the town of Pontassieve, in the province of Florence. In Montefiesole, Romano started a new research, both in the forms and in the patterns, developing a fusion between the traditional art of ceramics, linked to majolica, and contemporary art. A personalised style originates from this “fusion”, unique in its kind, that has become the characterising element of Innocenti ceramics. The objects, entirely hand-made, are still now considered unique pieces of great value, sold in the most prestigious worldwide. Romano, very skilful in creating the patterns, conducts his business thanks also to the work of his own family: his brother Luigi, takes care of casting and firing, while his wife takes delight in painting. Also the sons Stefano and Massimo cooperate in the business: the first one is dedicated to the design and modelling of ceramics, and the second one on the other hand takes care of the research on colours and pattern. The workshop production since the Seventies has been presented in many national and international events, receiving many awards and prizes.