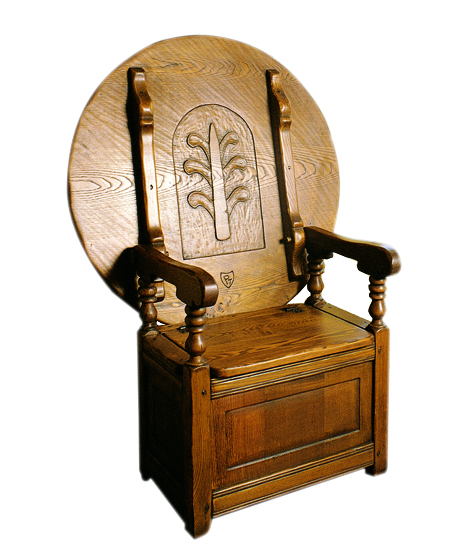 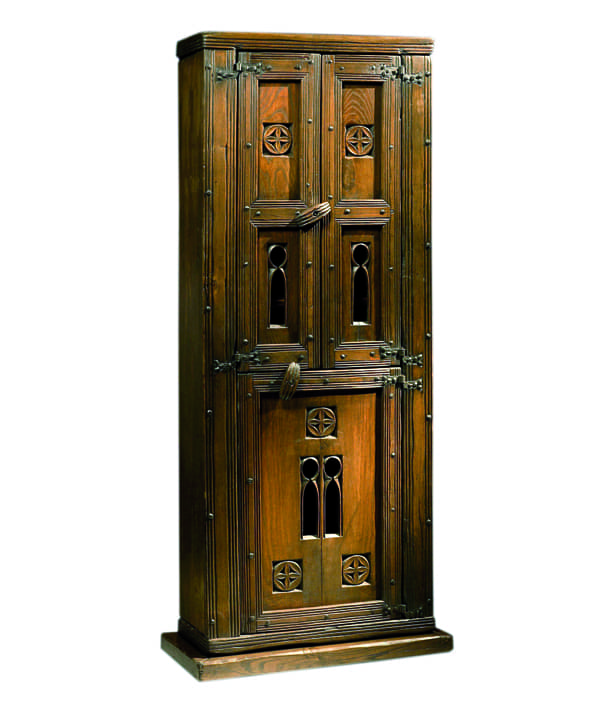 “Bottega Artigiana” was the name of the first company that Tarcisio Pacini founded in 1953, in Verciano in the province of Lucca. In 1962, the firm launched production of a small series of modern furnishings of a Swedish type, marketed in Italy under the label Tarpac, created from the first syllables of the founder’s name and surname. In this period, the craftsman was engaged in intensive research into mediaeval and Renaissance culture, especially as regards the wooden artefacts of these eras, driven primarily by the desire to reproduce the antique forms using modern processes and techniques. The result of this research is the production of eighteen unique and exclusive articles, which Tarpac produces in a very limited edition each year, numbered and certified. Tarpac has won recognition for the extremely high quality of the articles produced, winning the 1st Europremio in 1970, awarded in Rome at the Palazzo dei Congressi. It has also won the “Ricerca e Qualità del Prodotto”, prize awarded by the Lucca Chamber of Commerce. In 1998 it won the “Lavoro e Progresso” prize, receiving the gold medal and a special mention. In 2001 it acquired international recognition as the best furniture manufacturer at the Collina dei Matrimoni “Marriyell” in Hiroshima, Japan.