From October 26th to the 28th, “eleMENTI CREATIVI”: discovering the secrets of the Florentine artisans.

The event “eleMENTI CREATIVI: discovering the secrets of the Florentine artisans” will start on Friday, October 26th at 5PM with the “opening in music” and will go on until Sunday, October 28th from 10AM to 8PM. It takes place at the Officina Creativa by Artex, the center for the artistic and traditional handicraft of Tuscany, in via Giano della Bella, …

Artigianato&aperitivo: March 21st at 6:00PM the second appointment with the urban trekking in the Oltrarno 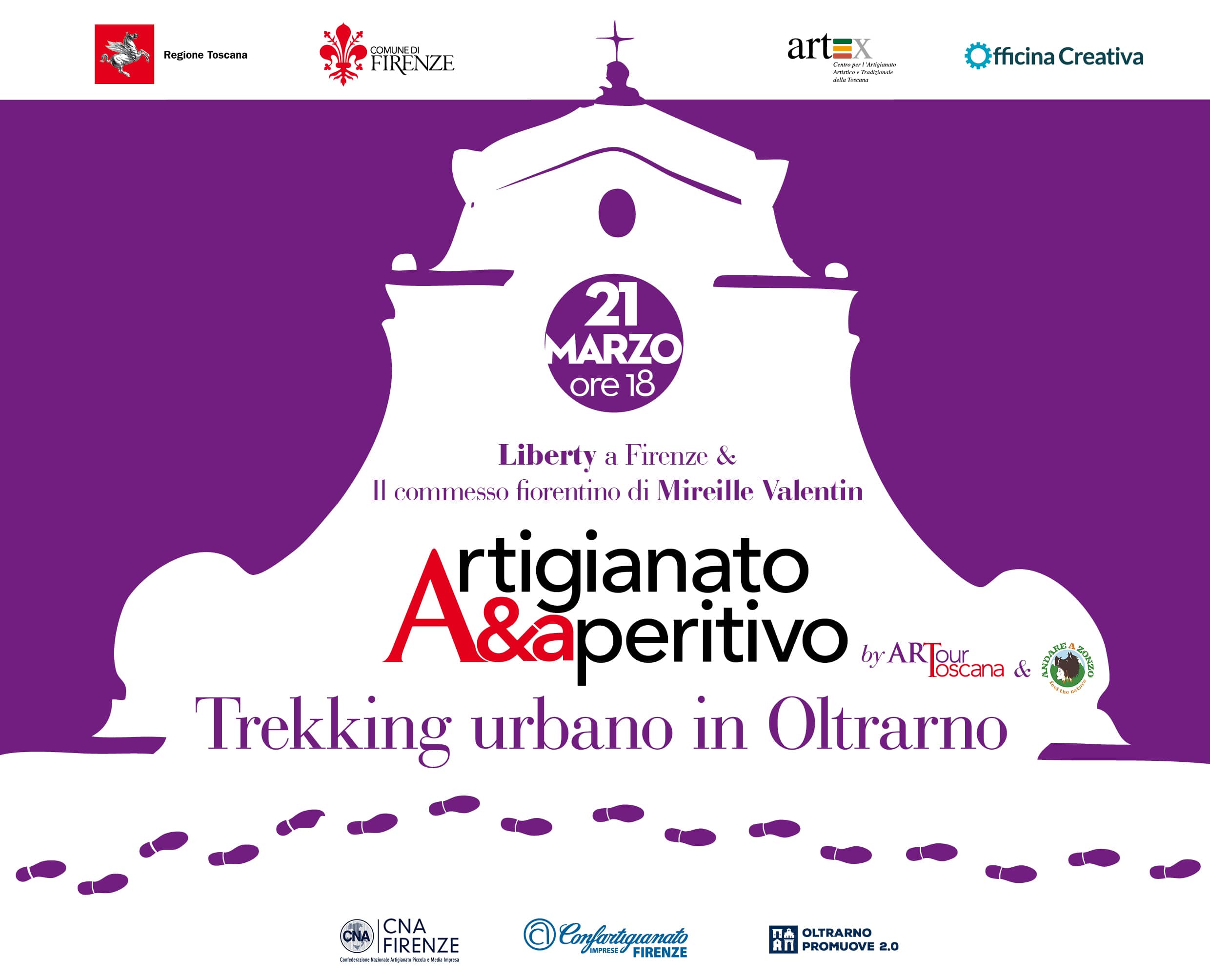 The Liberty in Florence, Mireille Valentine’s Florentine “commesso” and an original pre-dinner drink at S. Forno. On March 21st, after the success of the first installment, we meet for the second time to follow an itinerary that starts at 6:00PM in Piazza Tasso.

Handicraft & Drinks: March 14 at 6:00PM the first urban trekking walk in the “Oltrarno” 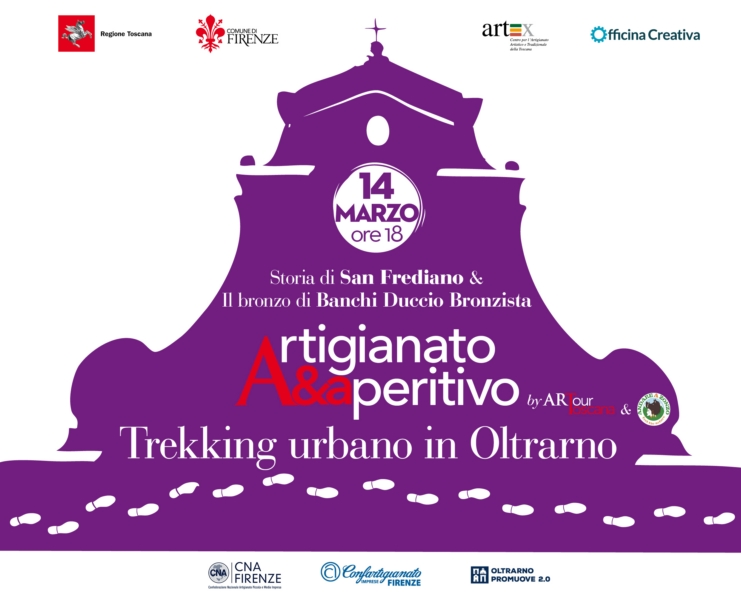 “The history of San Frediano and the bronze of Banchi Duccio Bronzista”: on March 14th we start with the first itinerary on the program. We meet at 6:00PM in San Frediano, an opportunity to practice urban trekking discovering one of the most authentic neighborhoods of Florence, the Oltrarno.

Artigianato & Aperitivo: here is the program! 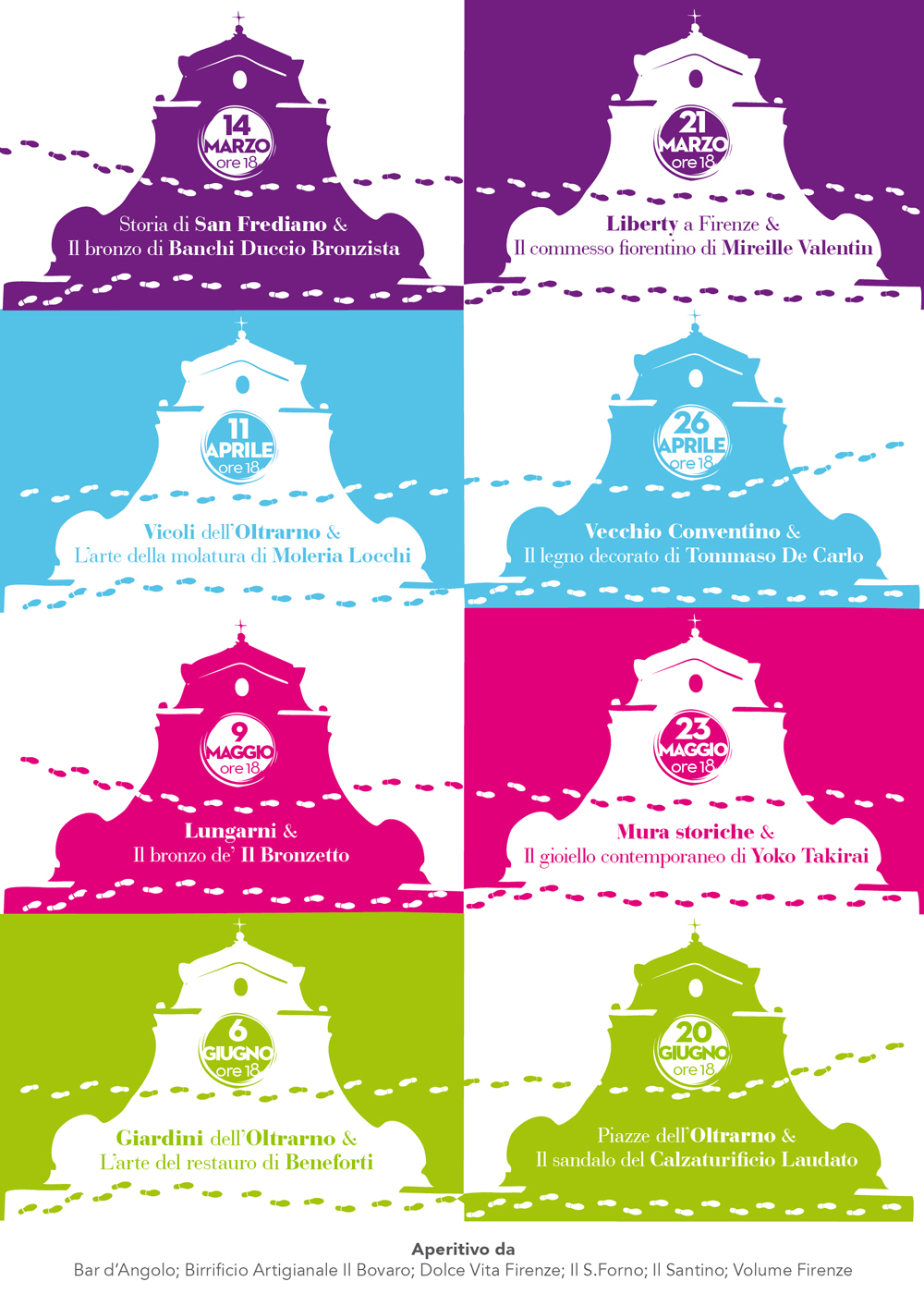