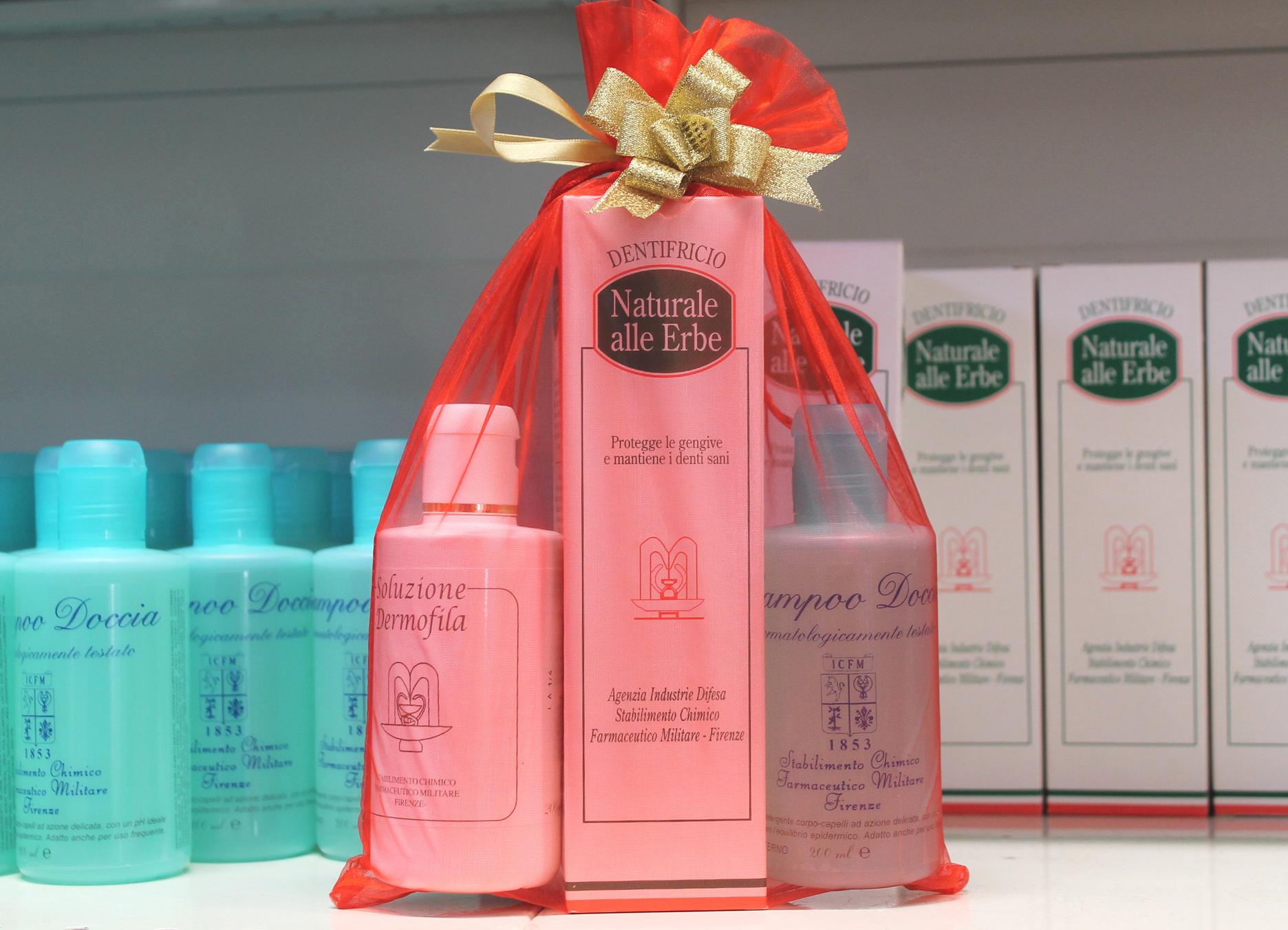 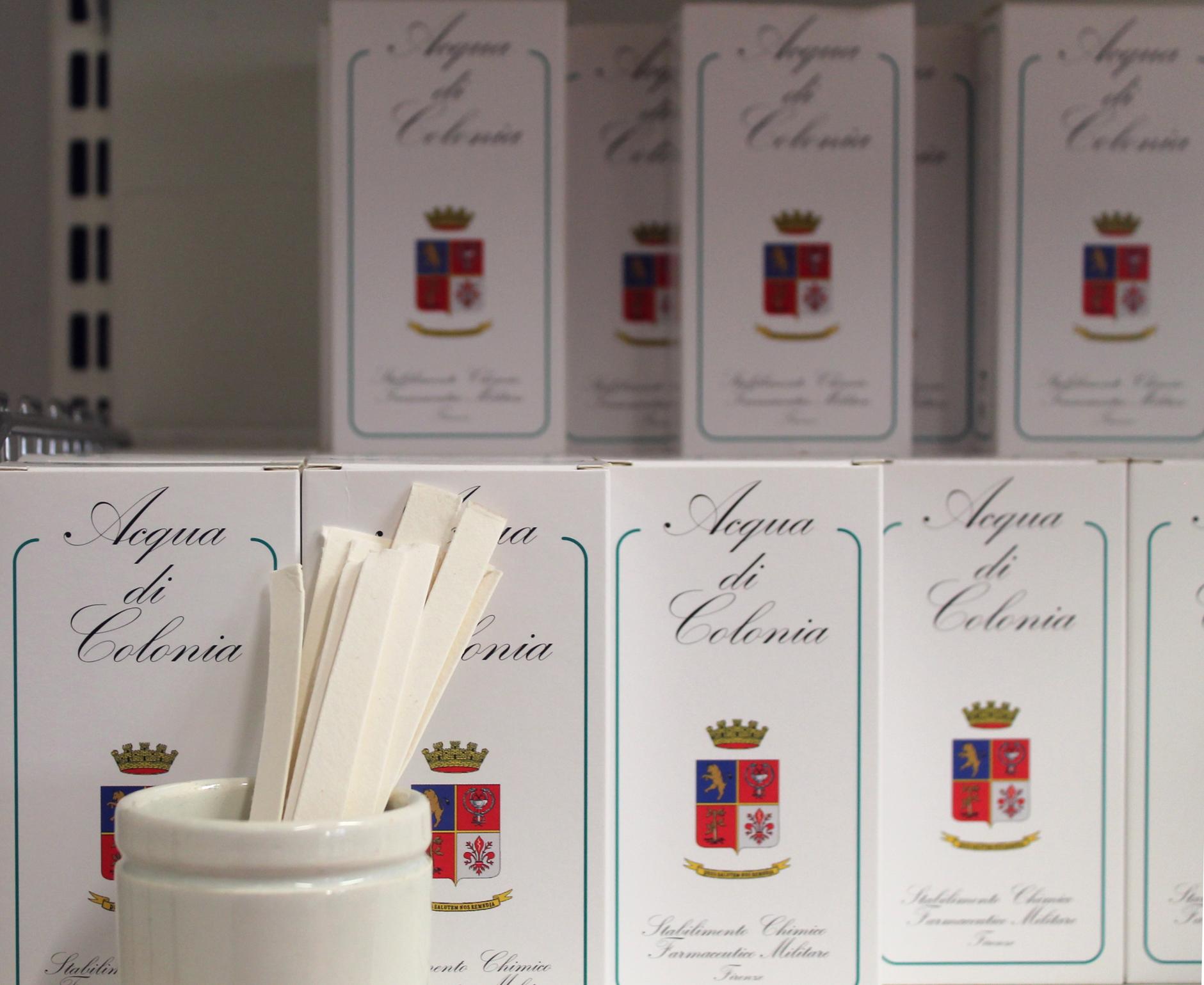 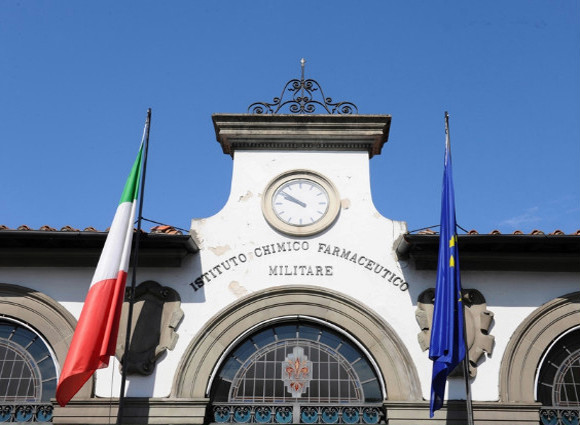 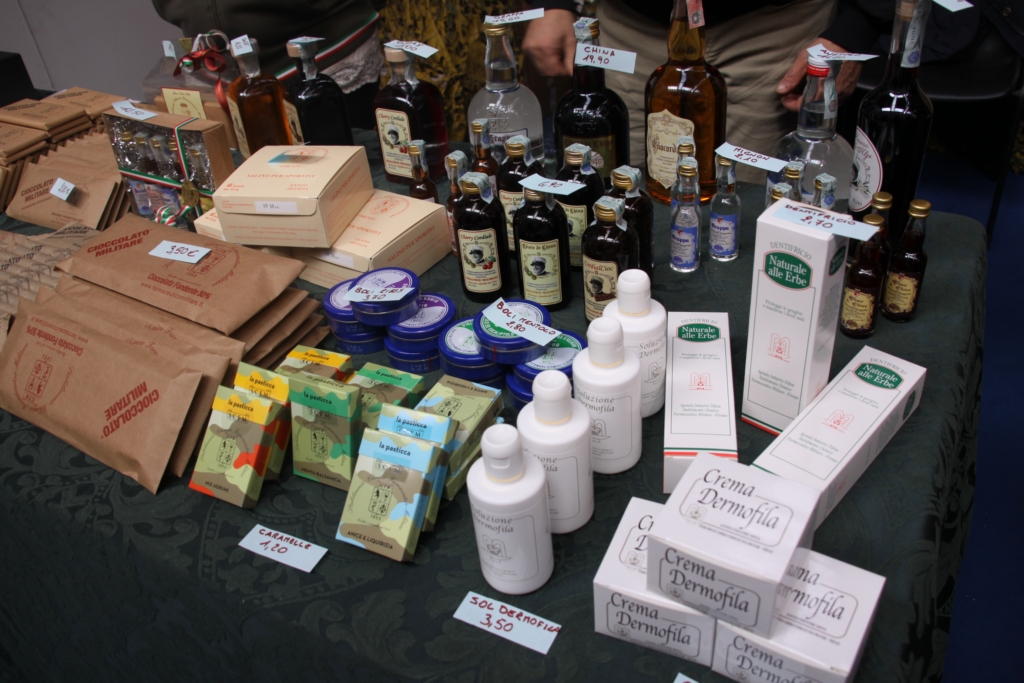 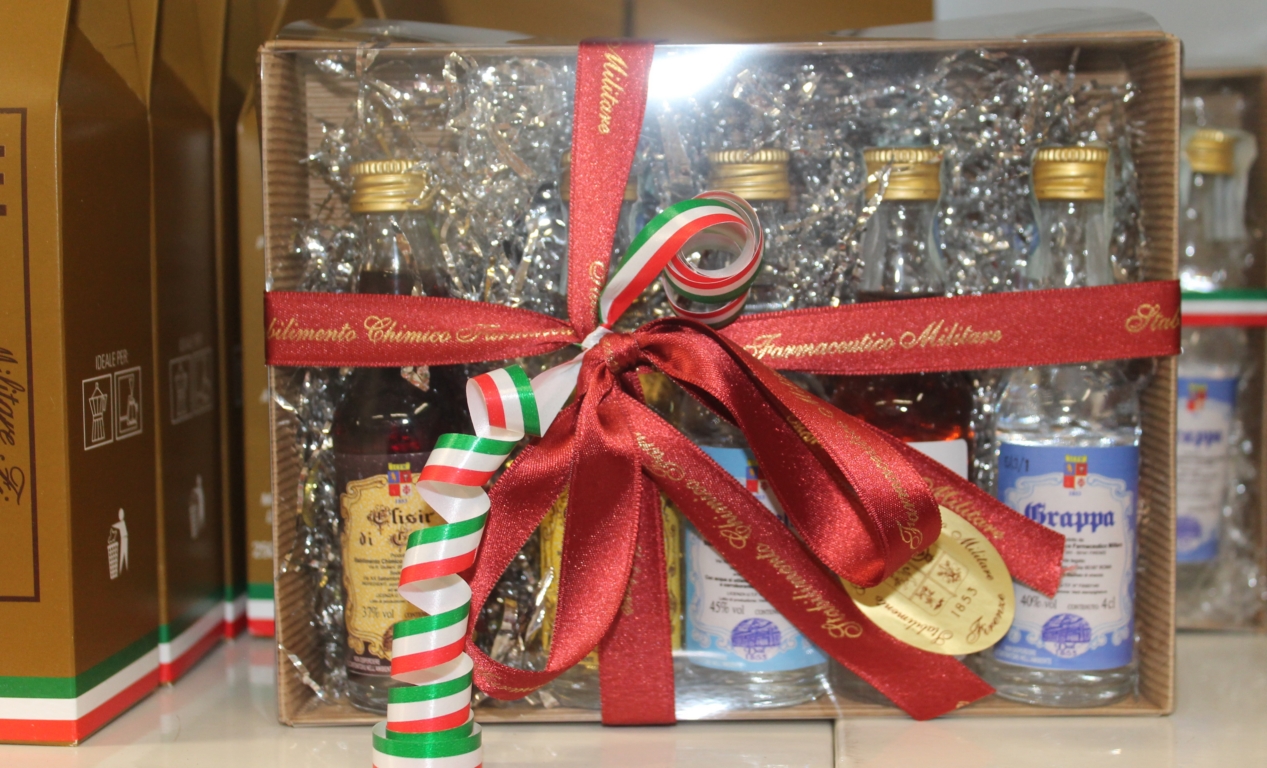 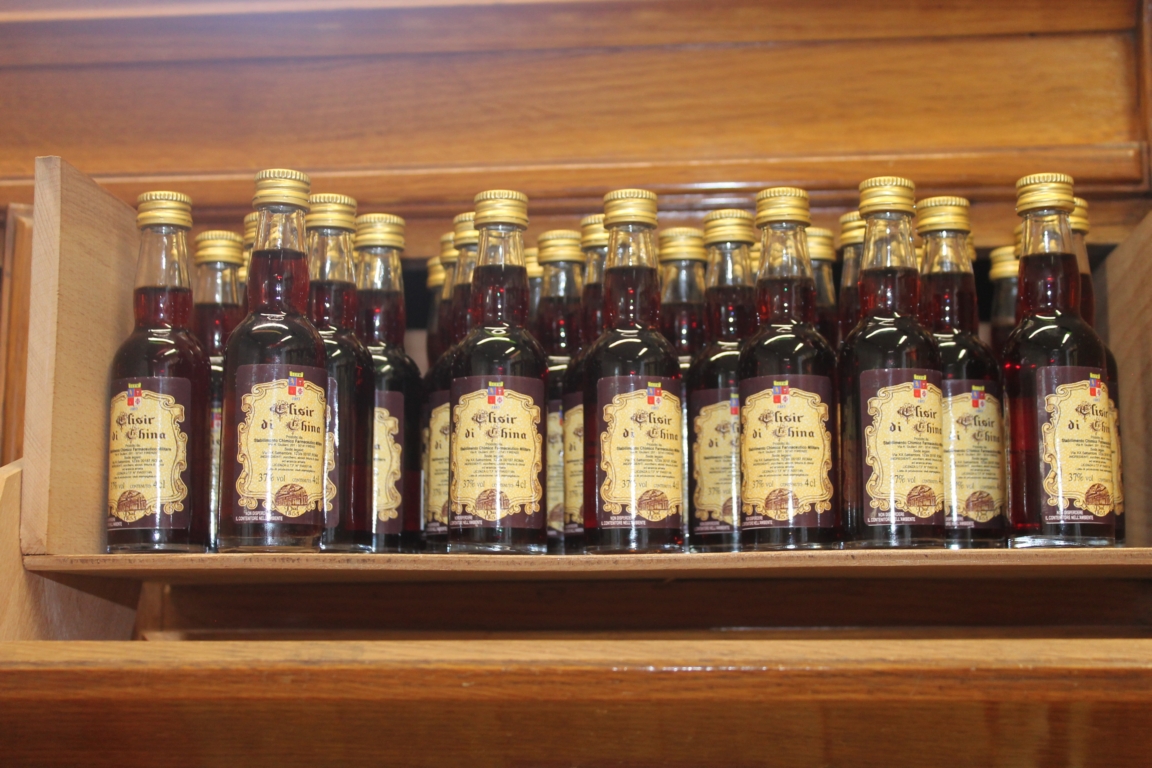 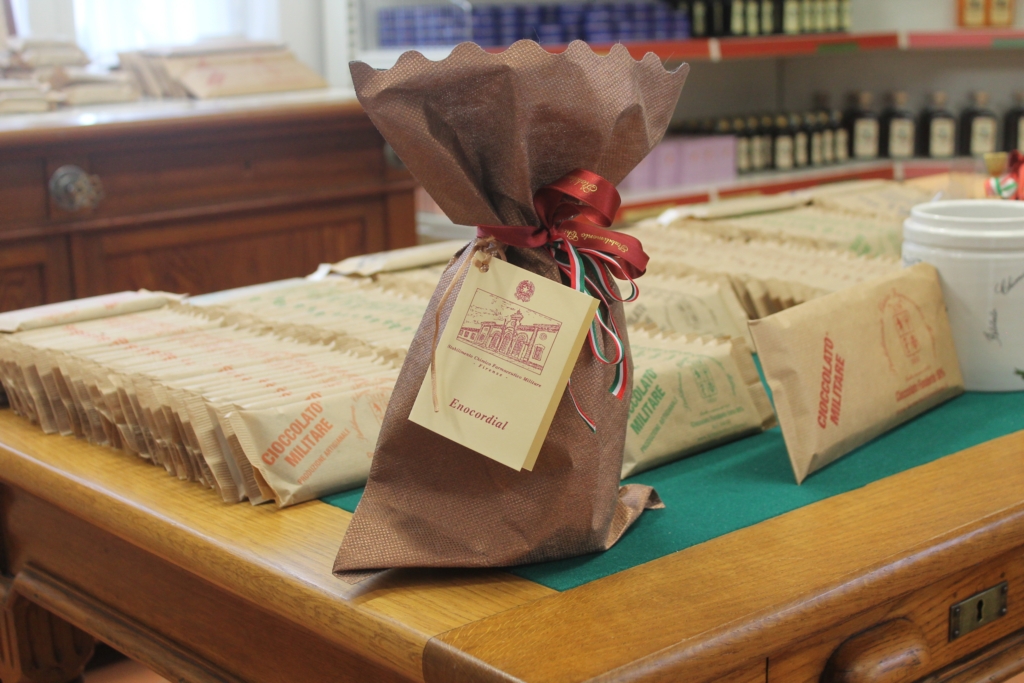 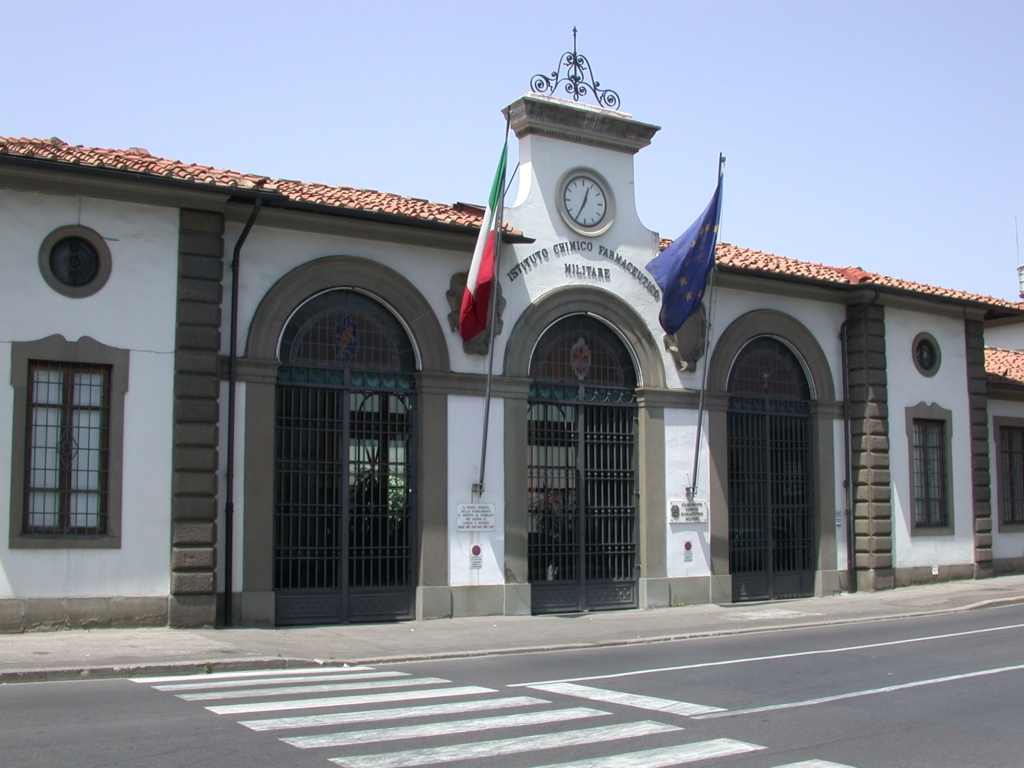 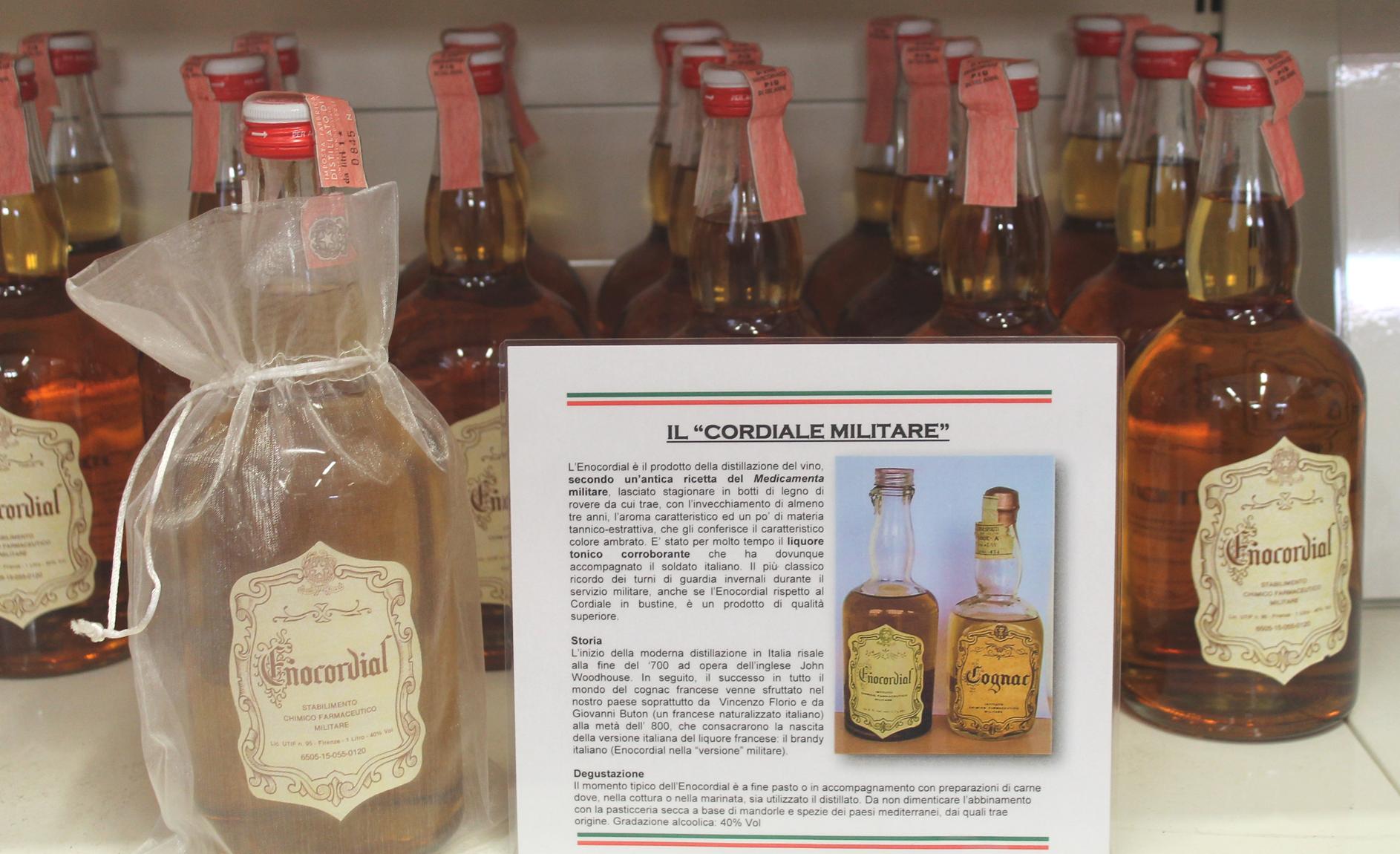 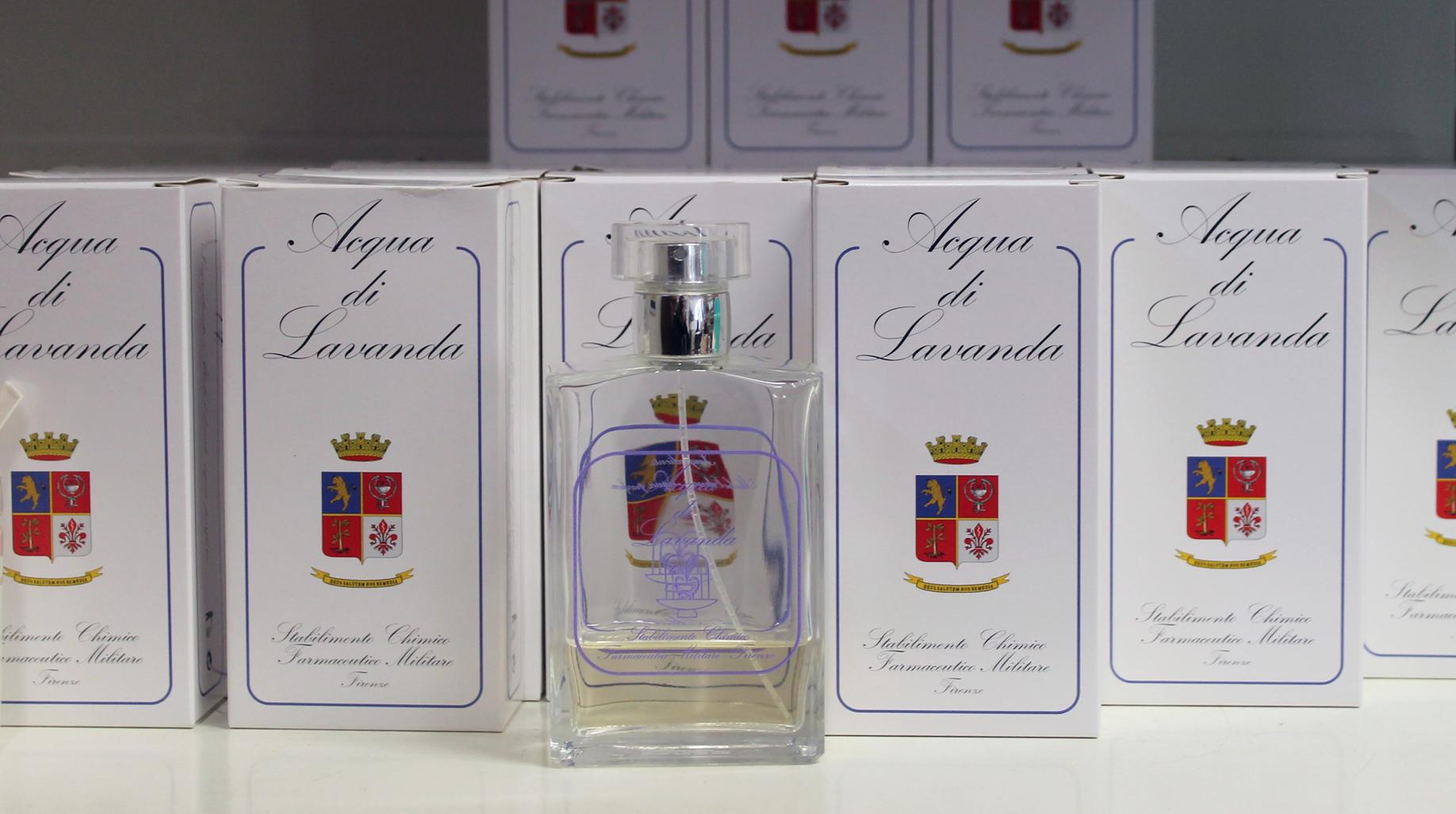 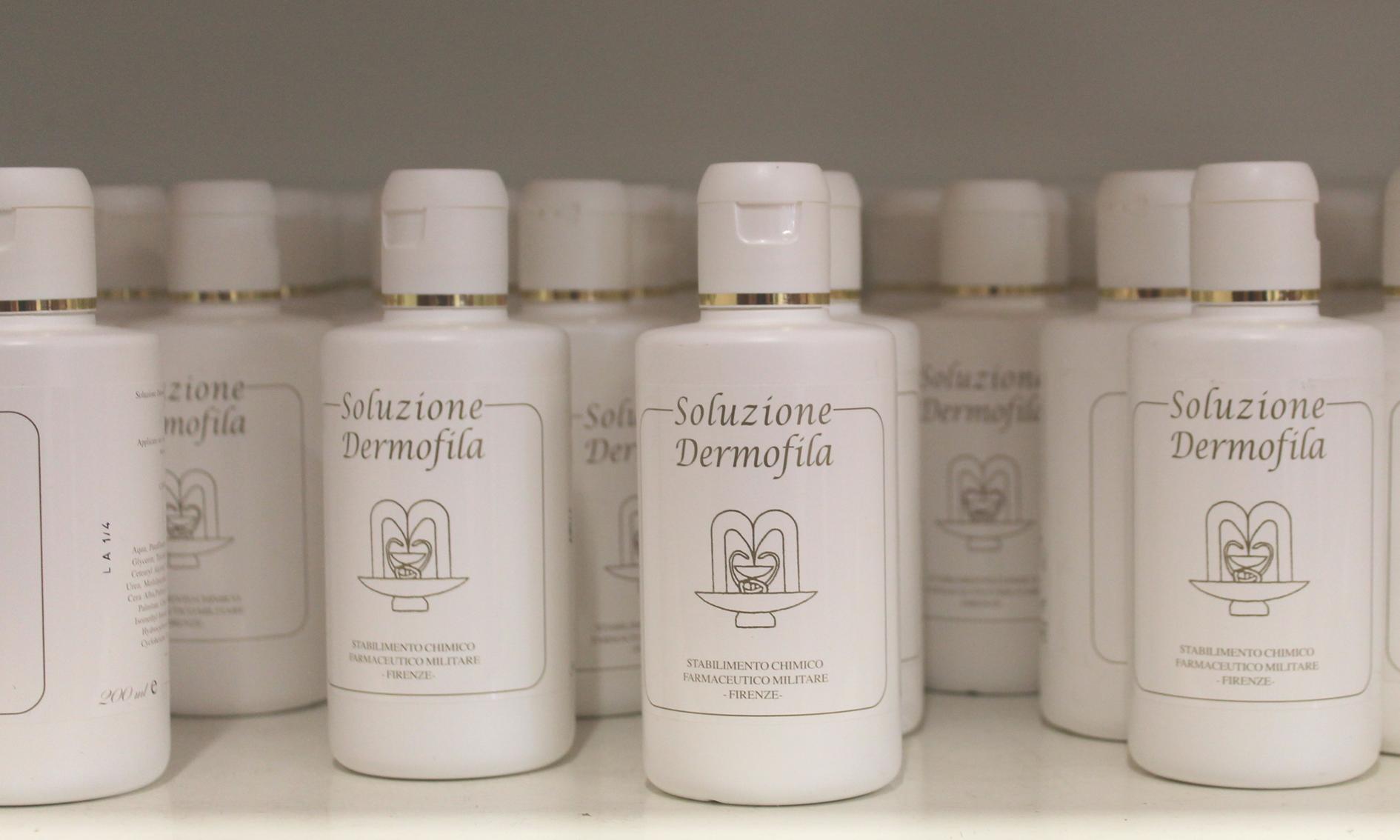 The “Stabilimento Chimico Farmaceutico Militare” was founded on December 22, 1832. On June 26, 1853, in Turin, with the “Regio Decreto per l’organizzazione del Servizio Chimico-Farmaceutico militare” ( A Royal Decree establishing a reorganization of the Military Health Services) a Military Pharmacy Depository (“Deposito di Farmacia Militare”) is founded along with a chemical-pharmaceutical laboratory, with the duty of preparing all the medicines and the sanitary materials necessary for the Italain Military Health and Veterinary Service.
The original location of the Laboratory was in Corso Siccardi, in the center of Turin, where the famous Laboratory producing the State Quinine was also located, originally autonomous and directed by a chemist-pharmacist Colonel of the Regio Esercito (the Royal Army). The name “Deposito di Farmacia Militare” was kept until 1884, the year when it was replaced by that of Farmacia Centrale Militare (Central Military Pharmacy).
In 1923 it took the name of Istituto Chimico Farmaceutico Militare (Military Chemical-Pharmaceutical Institute), which was kept until 1976 when it became STABILIMENTO CHIMICO FARMACEUTICO MILITARE (Military Chemical Pharmaceutical Plant), following the restructuring of the technical-industrial area of the Italian Ministry of Defense. It thus became a joint authority under the direction of the General Management of the Military Health Dept. in Rome.
After WWI, also because of the enormous health problems that afflicted the Country, it was necessary to find a more appropriate location, more modern and functional, in the center of the Italian peninsula so as to facilitate the distribution and shipment of the goods: the plant was then moved from Turin to Florence; at that time the current site was built occupying an area of approx. 55,000 sq.m.
Since the opening of the Florentine headquarters in October 1931, the Plant has been producing several medicinal specialties, first-aid products, cosmetic products and food items without interruptions (except for one forced pause during WW2) with a workforce that reached in the Forties more than 2,000 people, including workers and Military Officials, the latter mainly coming from the Health Force of the Army, with Chemist-Pharmacist roles.
At the end of WW2, the Plant, although it had sustained severe damages, soon started to resume its full activities. With its products, it has always come to the help of the Italian citizens during the severe natural disasters that have happened over the years, like the great flood in Florence in 1966, the earthquakes in the Friuli (1976) and in Irpinia (1980) and the sad occurrence of the radioactive cloud from Chernobyl (1986).
Stabilimento Chimico Farmaceutico Militare, besides fulfilling primarily the health needs of the Italian Armed Forces, has always been cooperating with other Institutions in the field, producing various types of health goods and it has always had an active collaboration with many Universities (Florence, Rome, Siena and Pavia) for joint activities of research and training.
Its productions includes: pharmacological products (orphan drugs, antidotes and generic drugs); production of medical and surgical devices; preparations of foods for specific nutrition needs; preparations of kits: backpacks and various kits, both of specific interest to the Armed Forces and also for the civilian markets, both for individual use and for organizations.
Besides the production lines of drugs and medical devices, the Stabilimento Chimico Farmaceutico Militare produces food and cosmetic products as well, like the “Quinine Elixir,” the Boli al Mentolo (menthol pellets), the Methyl Salicylate Ointment, a true and tried panacea for joints and muscular pains; the Eau de Cologne, an accurate and precious selection of natural essences expertly mixed following an original Nineteenth Century recipe; the Eau de Lavande, a delicate, pleasant alcoholic solution of lavender flowers’s water obtained through steam distillation; the Crema Dermofila Idratante Protettiva, a cream with soothing and hydrating properties; the Dentifricio alle Erbe Pasta, an herb toothpaste obtained following an old recipe; Sapone Agrumi, a citrus scented delicate soap for the body, Sapone Lavanda Detergente, a lavender scented fresh detergent for the body, a neutral body detergent for daily use; a Shampoo/Shower Gel with a neutral PH, dermatologically tested; the Soluzione Dermofila Fluida Idratante Protettiva, a hydrating fluid for the daily treatment of the entire body and that gives a pleasant sensation of freshness, it can be applied and will be absorbed by the skin very quickly and it is especially recommended to nourish and hydrate the skin after prolonged sunbathing, in the mountains or at the seaside. The products of the SCFM brand have always been an excellent combination of rigorous quality and unmistakable tradition kept intact over time.