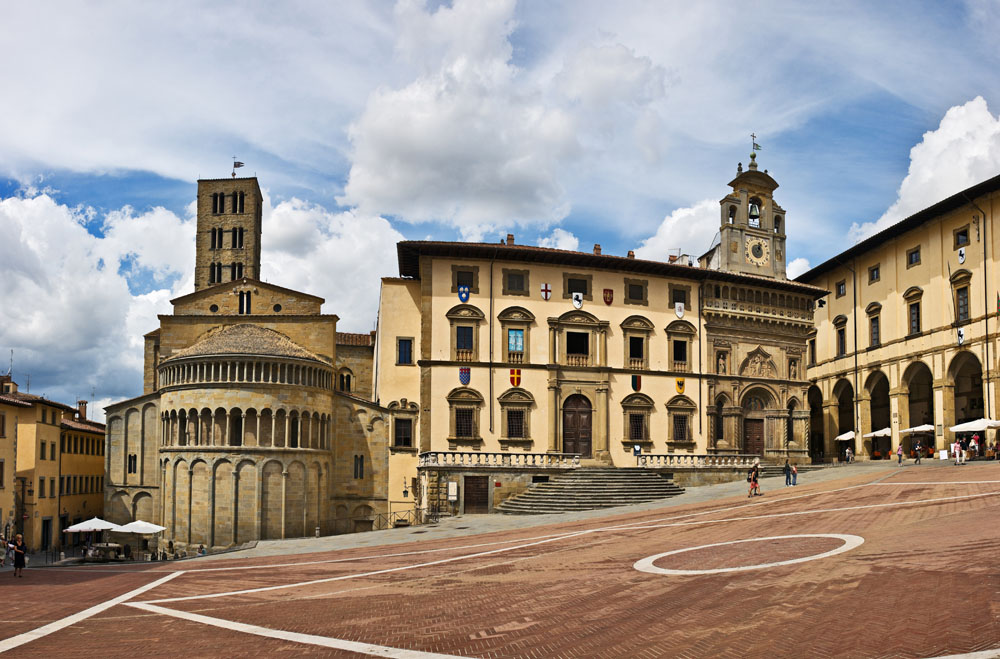 Where the essential is visible to eyes

Many people wonder if there is still an authentic Tuscany, intact and a little bit mystical. That Tuscany that writers and artists have laid down in the popular imagination with short and thick brush strokes.That Tuscany that always alludes to an elsewhere and that is hidden behind the morning mists and the desolate countryside, under the jovial appearance of soft landscapes, inside the enigmatic gaze of his last farmers. Many people go to look for it where there is no longer, forgetting or ignoring completely its original nest.

Away from the glittering windows and the stalls of souvenirs “made ​​in Taiwan”, that Tuscany that many seek as a Holy Grail is entangled in the winding streets of Arezzo.

Arezzo is like its streets: screwed on itself, around its dark Etruscan roots. And it doesn’t untie the knot that squeezes its identity. To understand the city of Arezzo it takes time. We need a good deal of sensitivity to things soft, simple and calm.

“What is essential is invisible to eyes”. It was always repeated by a little prince that was not from Arezzo, but if he had seen the city birthplace of Petrarch, if only for a moment he had admired Santa Maria della Pieve or the Dome, he would have rephrased: what is essential is visible to eyes. Here you can touch the purity and at the same time the vitality of art as a common thing, as an integral part of the community. In Arezzo, art is truly accessible to all, it’s a language made of matter. Without resorting to examples, it’s demonstrated in practice by the artisans of this route.

They possess the secret of happiness. We won’t disclose you anything: we leave you the pleasure of discovering here below what it is about.

The studio Prussi of Maurizio and Cristina Papini, has been operating in Arezzo since 1992. They specialise in scale representations starting from a historical research, design and construction. The diorama illustrates a historical episode through th...