Volterra, the town of Alabaster between the Etruscans and the Middle Ages 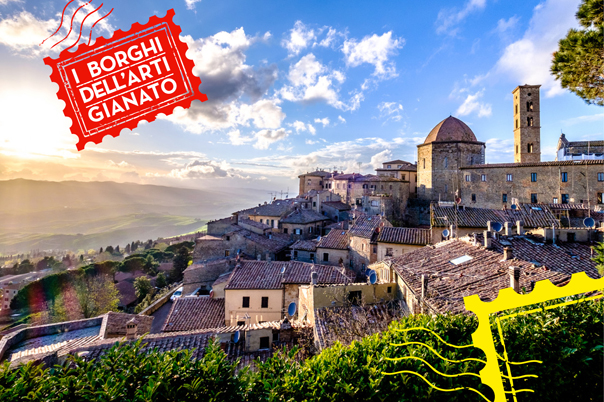 Alabaster is like the Botticelli’s Venus: it was born in the sea. A million-year-old ancient sea that has safeguarded a precious gift in its sedimentations, a very precious product. Very similar to wax in all respects, for its translucent look and its malleability, Alabaster is perfect for small size works: it allows in fact to mold small objects with rich decorations and meticulous details. The Etruscans considered it the stone of the Gods and used it to build urns and funerary statuettes. Alabaster’s success grew over the centuries until reaching an entrepreneurial character in the area of Pisa. At the end of the 1700’s a school of specialization was created in Volterra where artists and maestros from all over Europe, the most skilled in the art of decoration, produced true masterpieces of international fame.

In this medieval town in the province of Pisa the cult for the alabaster objects still continues today. The spell does not vanish, but it intensifies amongst the streets and the monuments of Volterra: a fortified town built with ochre stones, mysterious and dotted with fountains, tower-houses, doors that open along the city walls. Do not miss visiting the Eco-museum where you can learn about the tradition that links this town to alabaster, its manufacture and marketing.

The artisans and the secrets of this towns are waiting for you!

From ten years of experience in painting and work on alabaster objects, in 1988 the shop "The Fragole S.a.s." was started in the historical centre of the city of Volterra. The shop window offers a wide choice of gift ideas for home decoration, for bo...

Marco Ricciardi at the School of Art of Volterra invented the first alabaster sweets, a production that for the past 30 years has been baking gastronomic delights made of stone. Between 1980 and 1990 he produced with his sister Maruska different line...

Since 1979 Maria Grazia Gazzarri has been devoting herself to alabaster handiwork. Her favorite traditional technique, together with the openwork, is the graffiti, strictly handmade with small “little irons” (ferrini), especially made by an ironm...

The history of Volterra has been since forever linked to the manufacturing of this material. To this special bond is devoted the Eco-museum of the Alabaster, that develops within a more structured project and that includes exhibition halls for the mu...

Spartaco Montagnani’s work aims at offering a product with great artisanal features, starting with the quality of the material used, the bronze. This raw material is first melted with the method of the sand casts that, if on the one hand give a v...

In the heart of Tuscany, where the testimonies of the Etruscan people are still alive and present, a group of master goldsmiths bring back to life the shapes and techniques of the Etruscan goldsmithing, creating with great mastery collections of gold...