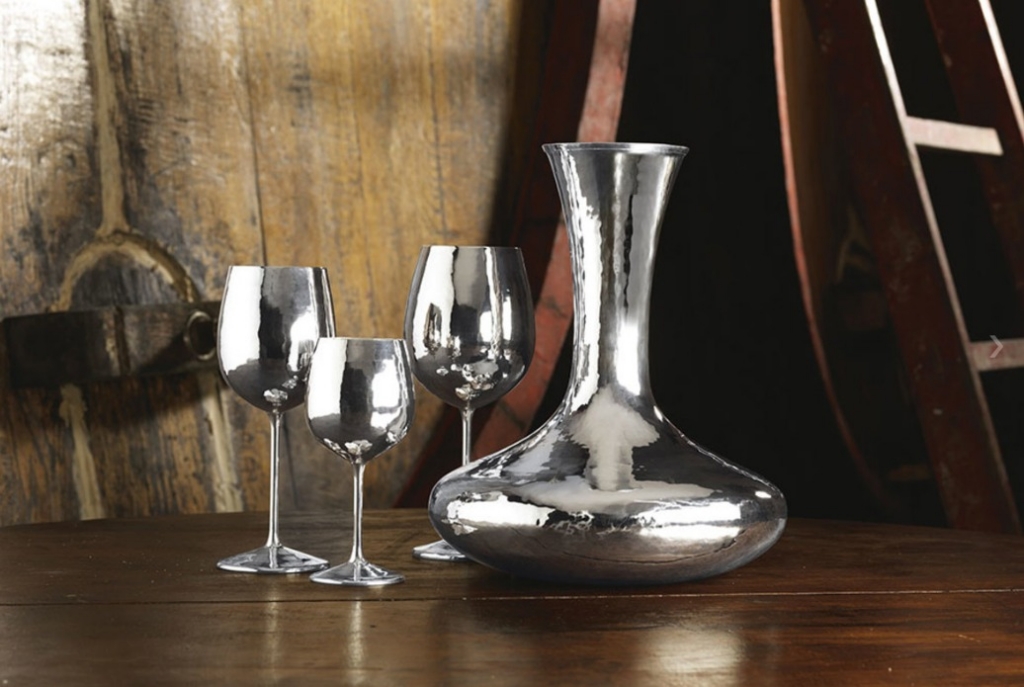 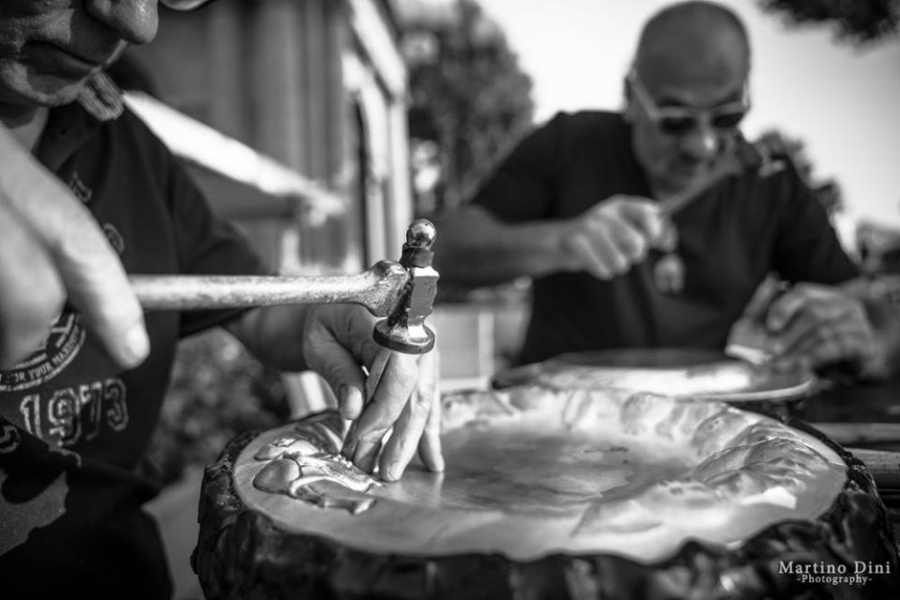 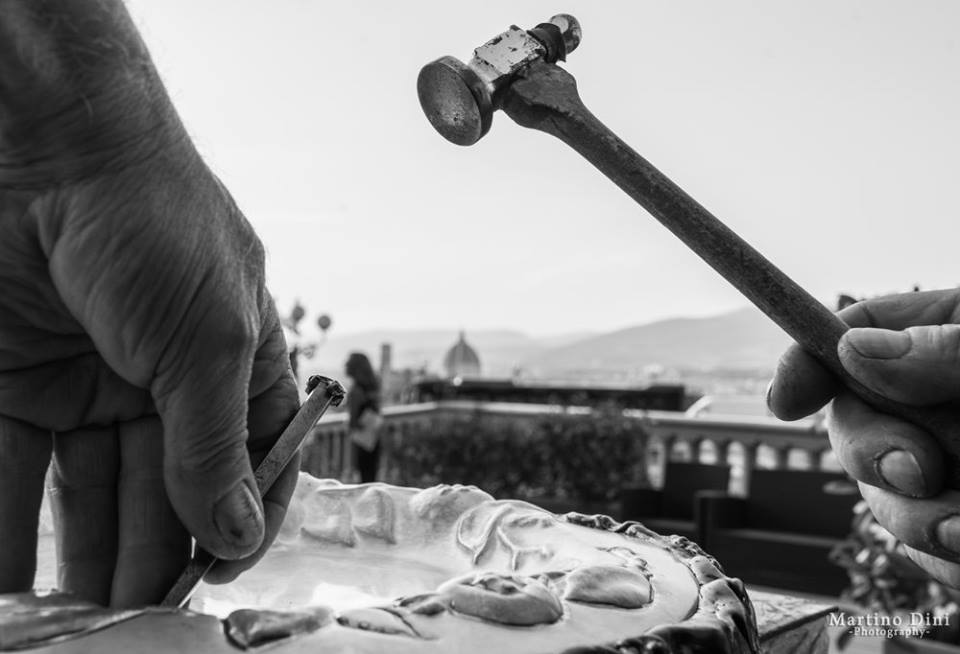 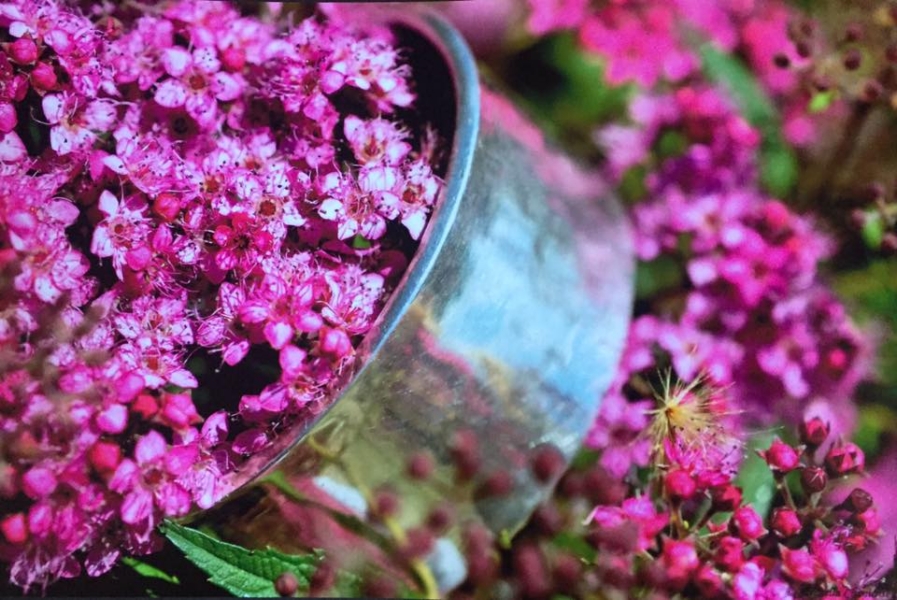 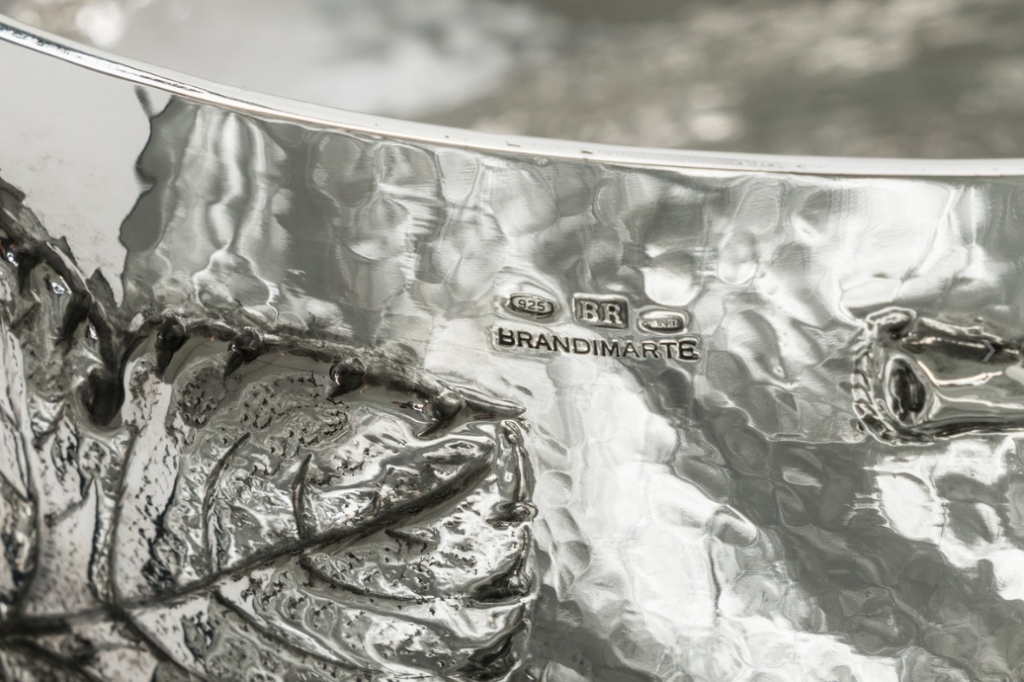 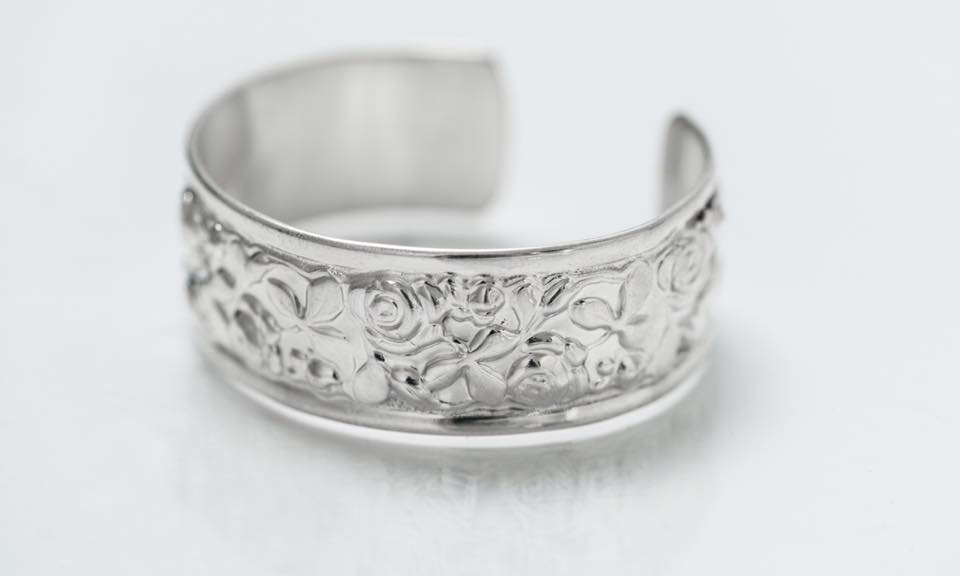 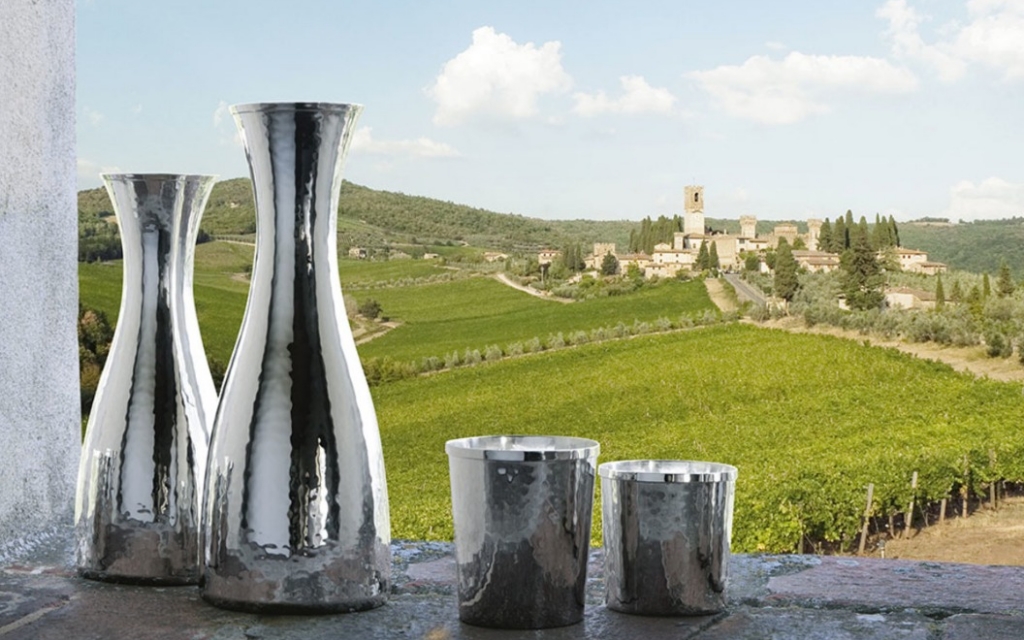 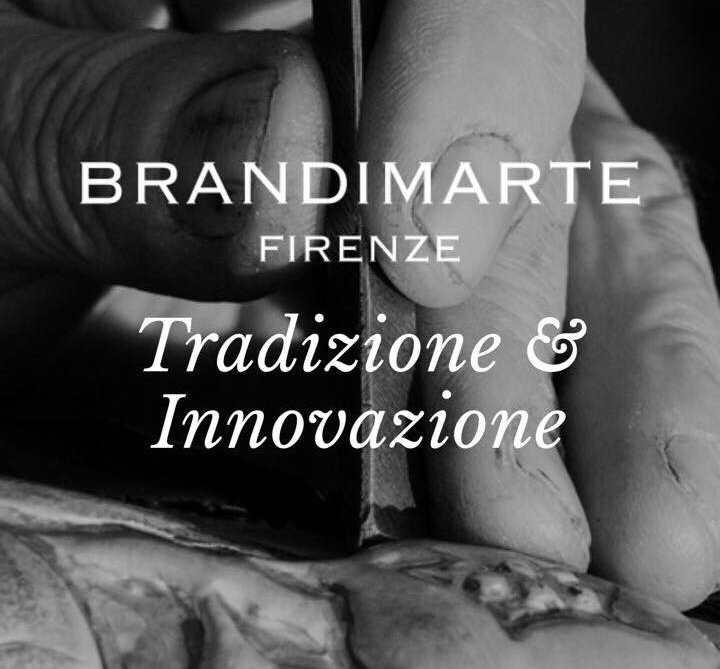 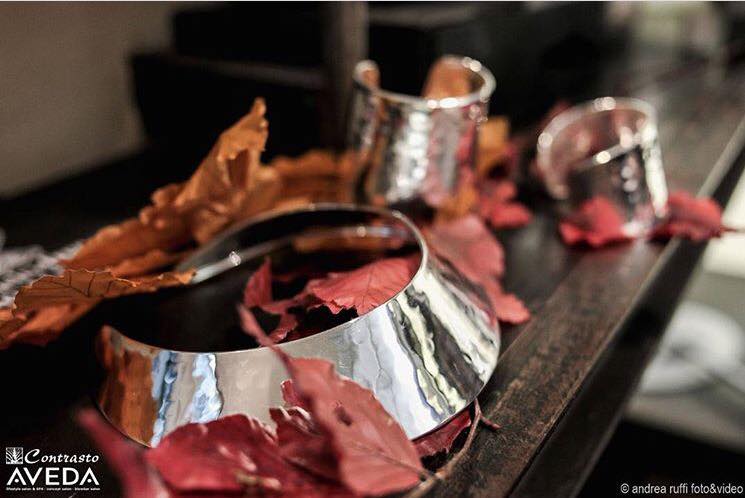 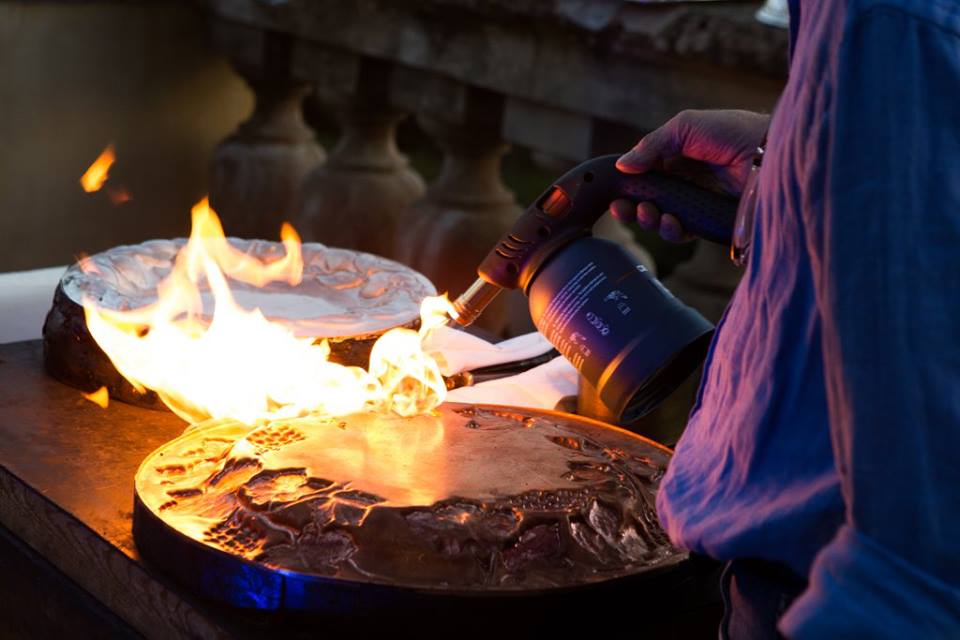 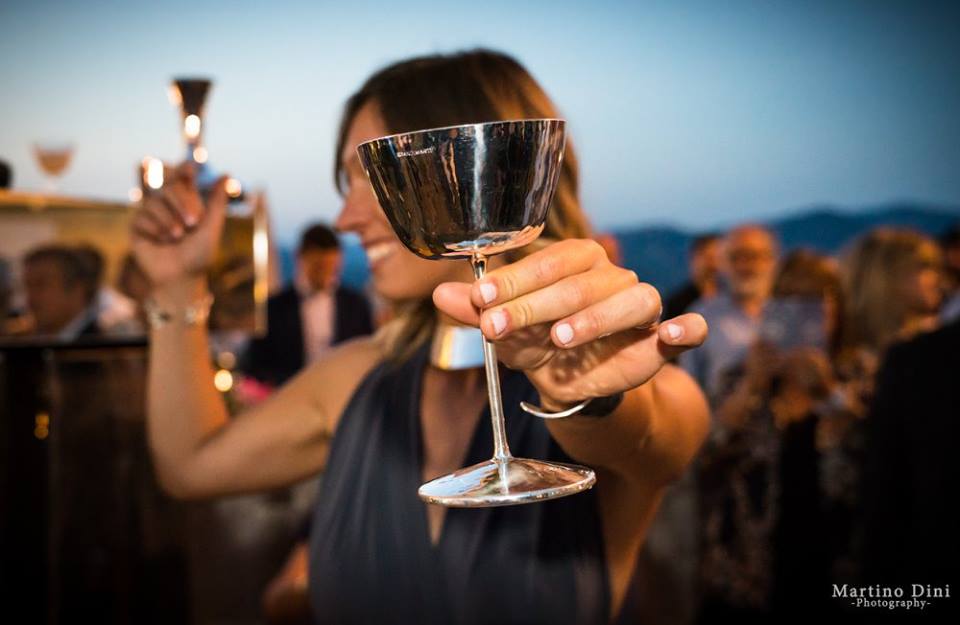 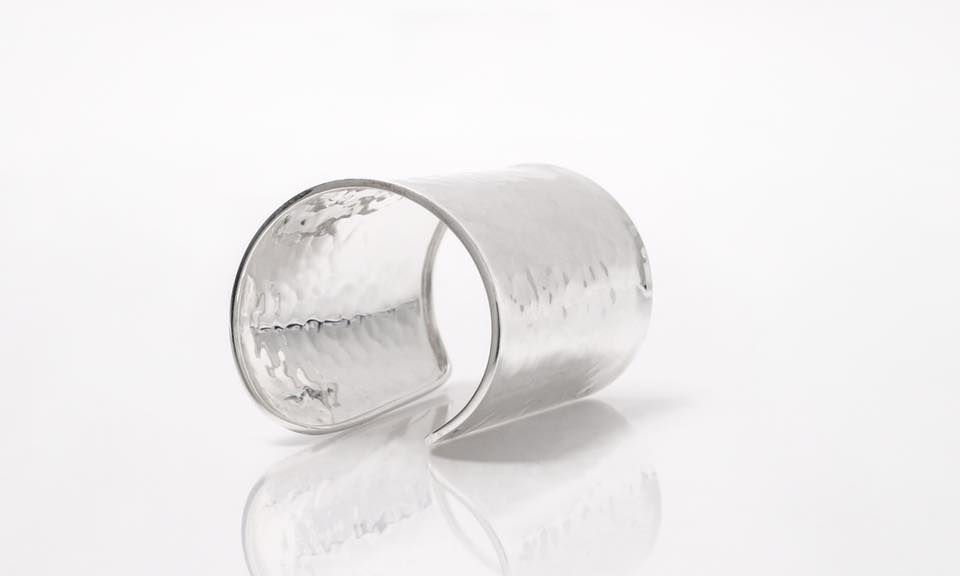 The story of Brandimarte, founded in 1955, is a typical Florentine one: an artisanal firm created by Brandimarte Guscelli in an empty commercial space in the via Ponte alla Vittoria. Today, Bianca Guscelli, the daughter of Stefano and grand-daughter of Brandimarte, is the third generation of the family and wishes to bring back the use of silver for everyday life and to educate the market to value its beauty and specific characteristics. Over the years, Brandimarte has been an employer and a trainer of new silversmiths and has also been the first company to give work to inmates. Following the ingenuity for handicrafts of its founder, they have adopted two important innovations, almost revolutionary in the field of silversmithing: the first one was a technical one consisting in “hammering” the metal, in the same way Brandimarte had seen the gipsies do with copper; the second one has been the idea of proposing silver objects for every day use at home, breaking with the habit of displaying silver artifacts just as something luxurious and for special occasions. At some stage of its history, Brandimarte’s silver objects were made by hand by over 100 workers. Following the sudden death of the founder in 1994, the firm was taken over by his children Stefano and Giada Guscelli, always active in the business and who continued practicing the artisanal techniques and respecting the Made in Italy. Brandimarte’s chiseled silver artifacts continue to be known and valued around the world. From its location in via Bartolini, the firm moved to Viale Ariosto, Lungarno Acciaiuoli and then in the last few years in via Foscolo. In 2016 the brand was bought by the entrepreneur and owner of “Remax Rinascimento,” Stefano Marchetti, Bianca Guscelli’s life partner. Today Bianca is strongly involved in bringing the tradition and the historic family brand forward. Thanks to the work of the best Florentine and Tuscan artisans, Brandimarte today produces a variety of artifacts, from chiseled objects, to glasses and decanters, to jewels like bracelets, rings, necklaces, pendants and much more. Each piece is unique and can be personalized.