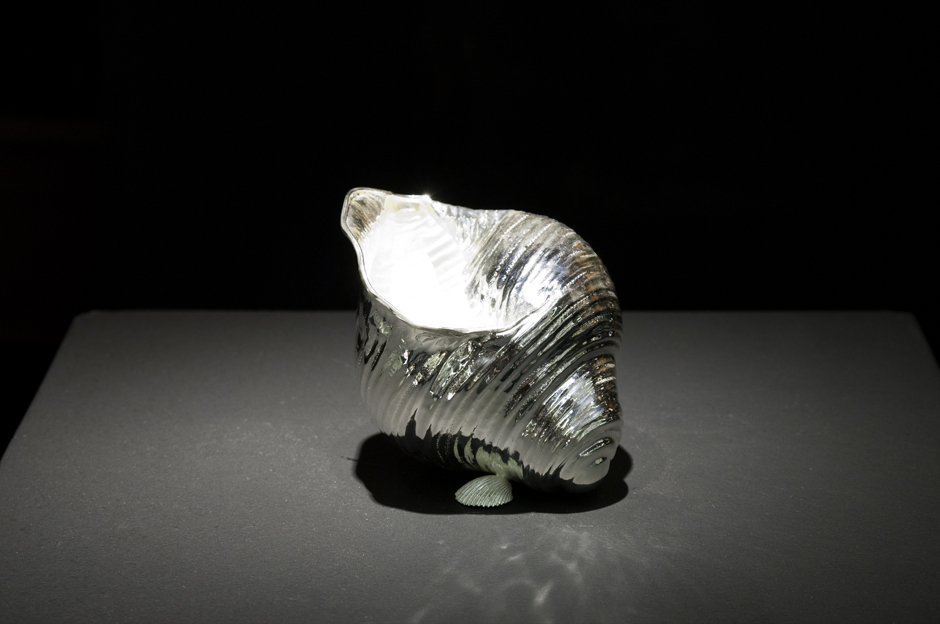 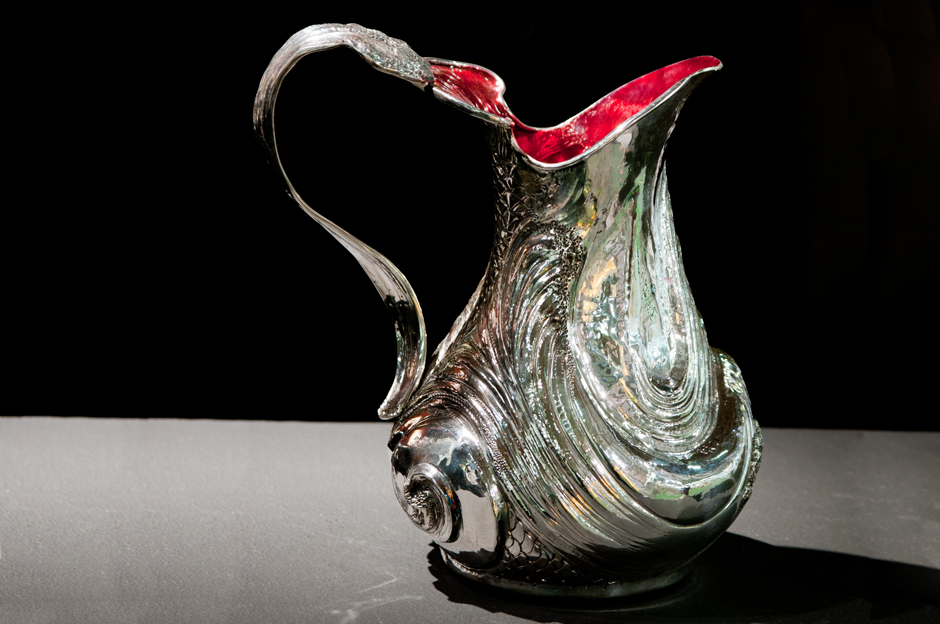 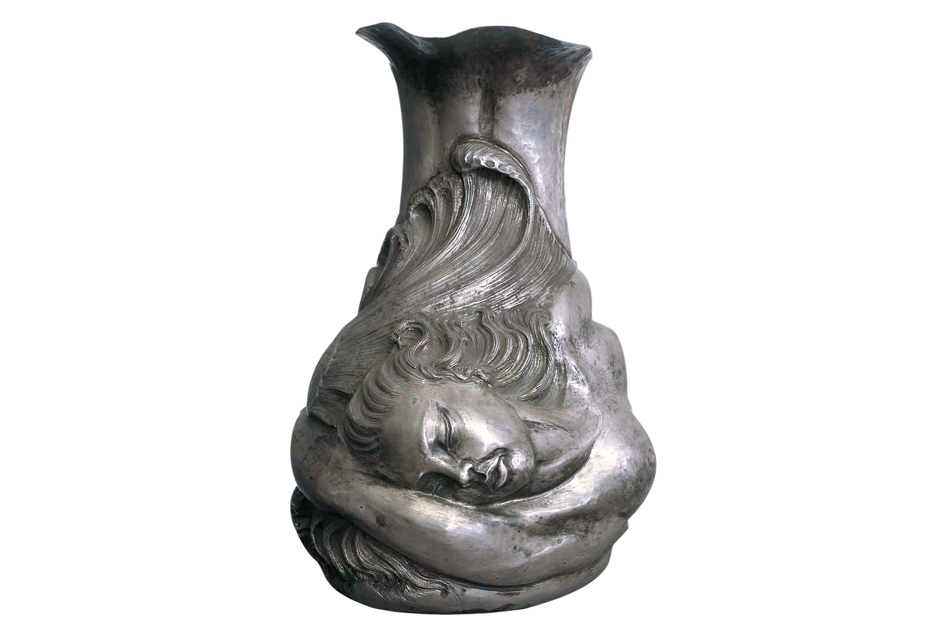 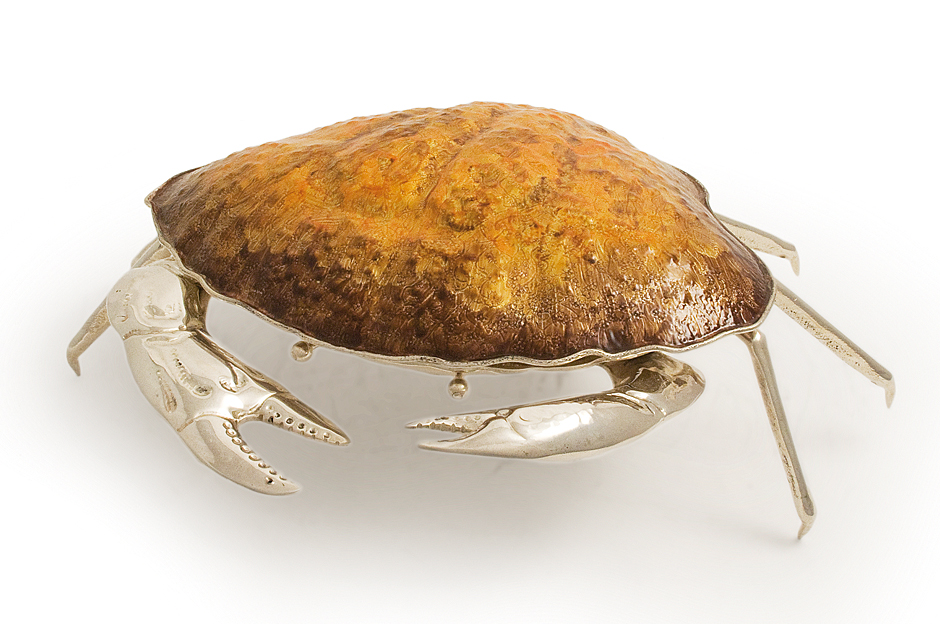 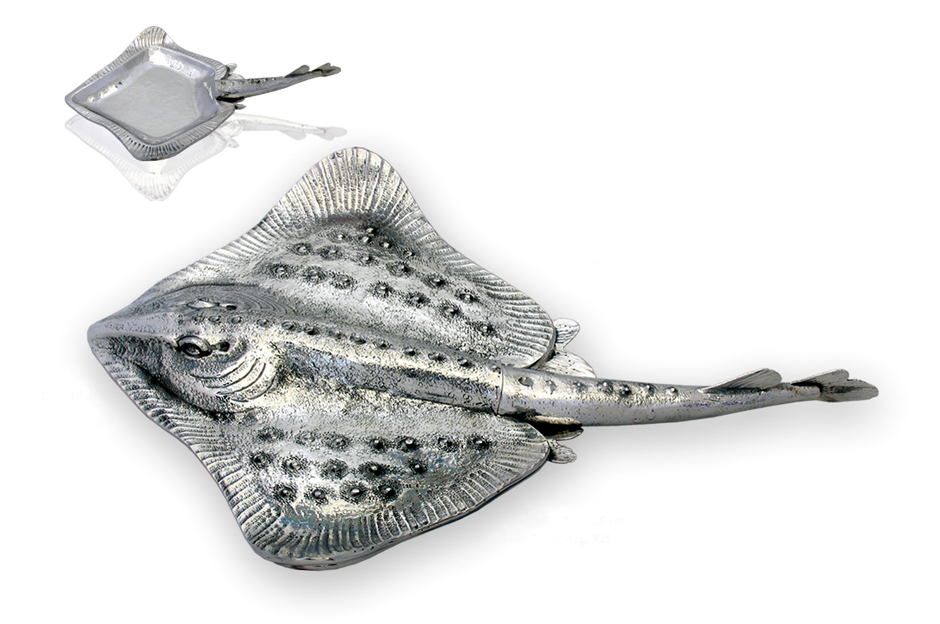 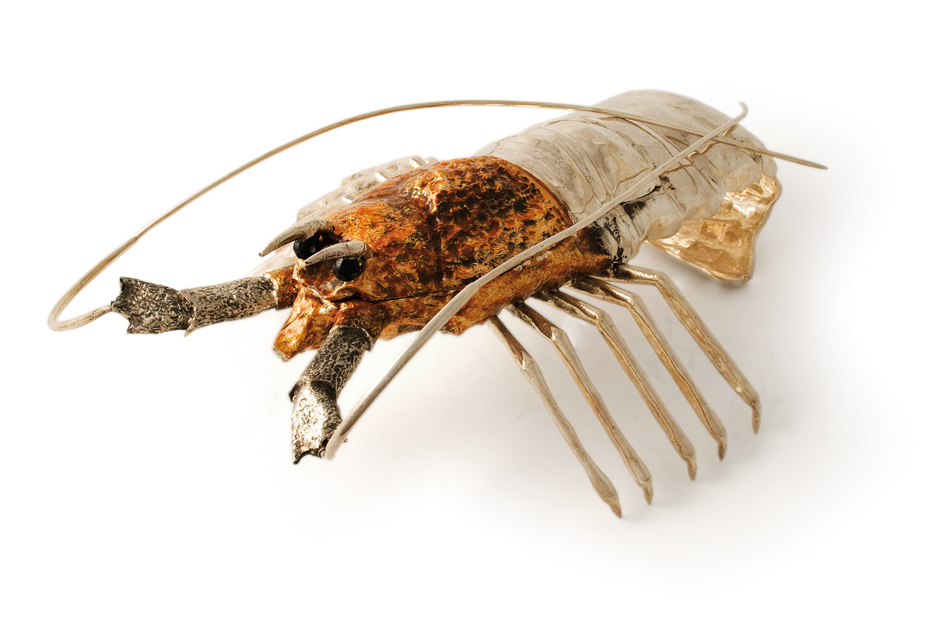 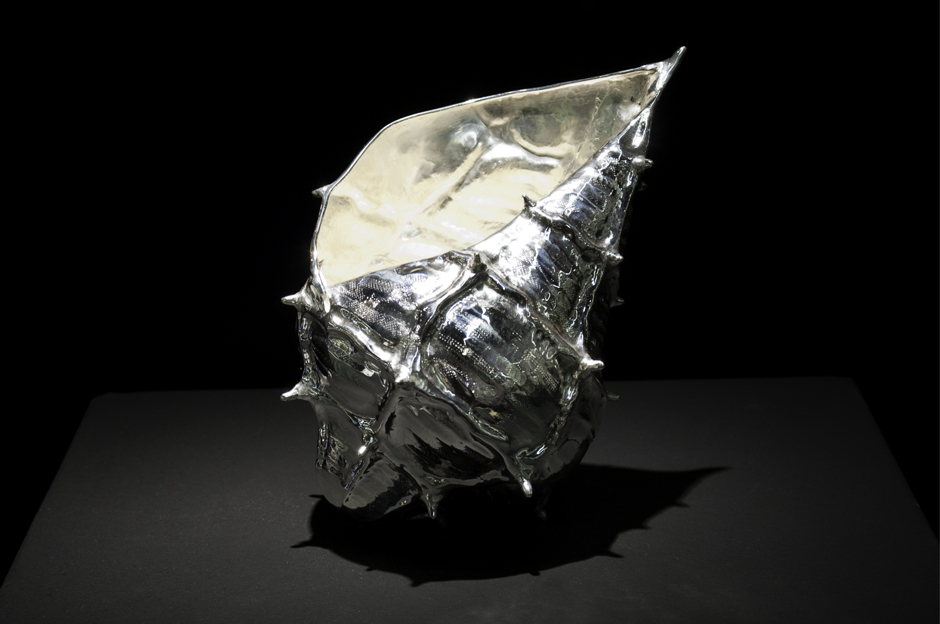 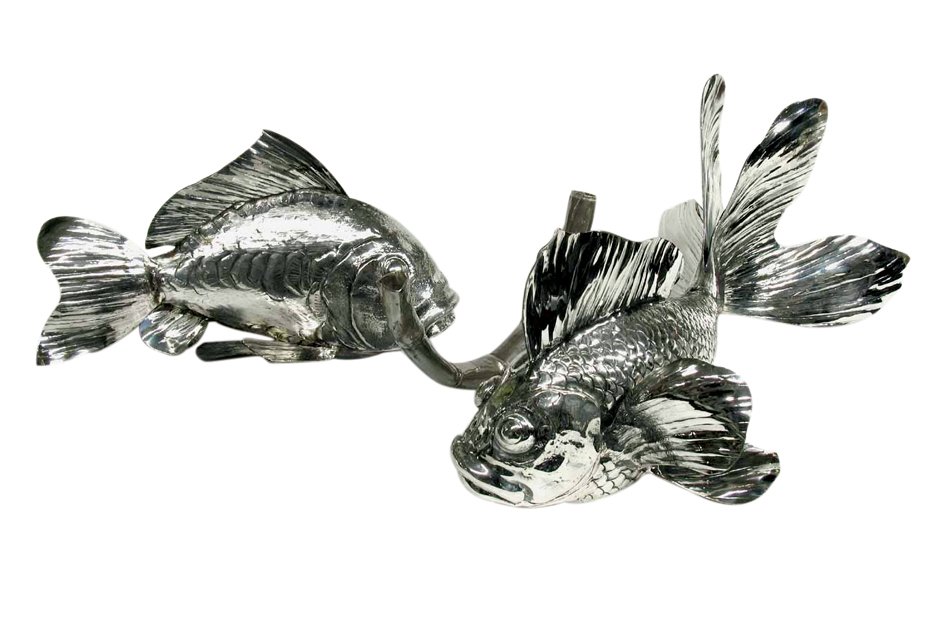 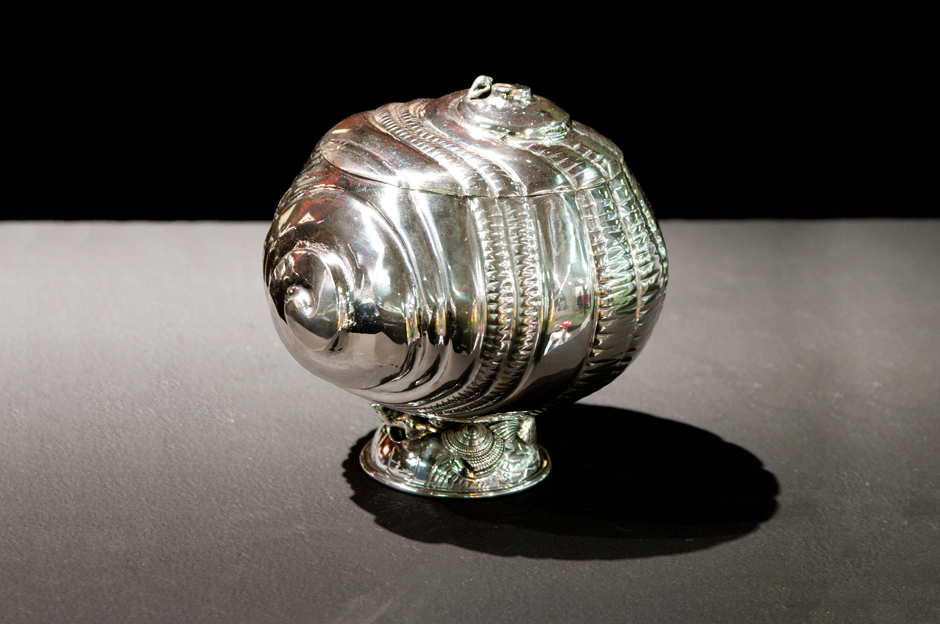 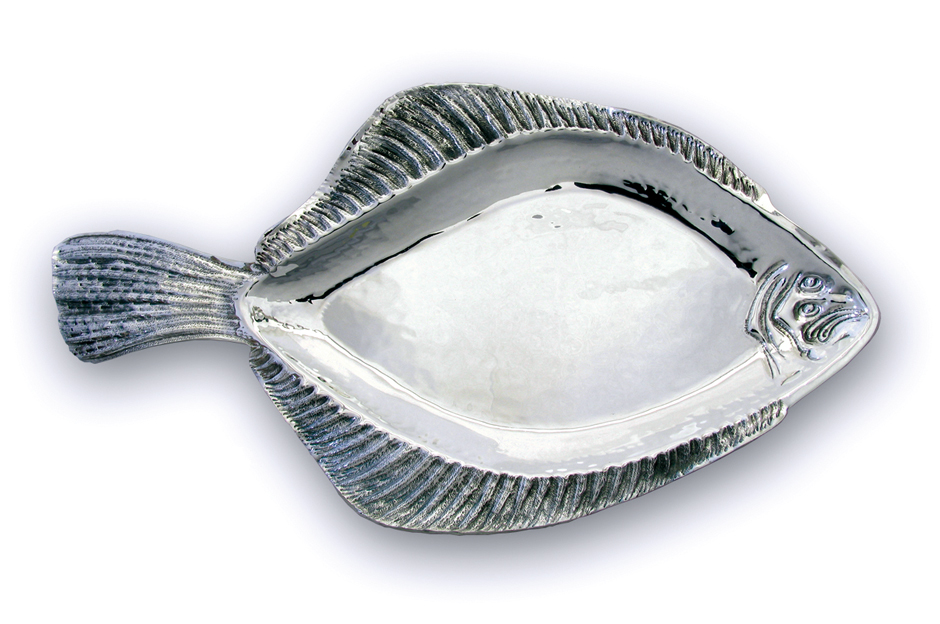 The founding father of this family of silversmiths was Carlo Foglia. He was born in 1910 in Seriate (BG), and attended the Accademia di Belle Arti in Brera. He worked in Florence from 1935 to 1976, the year of his death. His production ranged from the creation of sacred objects to furnishing accessories and jewellery. His son, Giuliano, trained in his father’s workshop and at the Art Institute in Florence. At the age of nineteen he set up his own workshop. Skilled in design, embossing and engraving, he has produced works of notable importance. It was in this workshop that his own son, Lorenzo, trained, who has been working alongside his father since 1985. In 1999 the “Foglia Argenteria” was set up, a workshop of which Lorenzo is the owner. Interesting collections are produced here, featuring a fascinating blend of tradition and innovation, classical lines and design, utilising as well as silver, traditional materials such as jasper, lapis lazuli and horn, and new materials such as plexiglas and nylon. Lorenzo Foglia has won a number of prizes, such as those awarded in the two editions of the 1993 Florence Gift Mart in the competition “L’Arte in un Gioiello”. In 1999 the workshop won first prize in the “Premio Perseo” competition at the Florentine fair “Artigianato e Palazzo”, held in the Giardino Corsini al Prato. In 2002 Lorenzo was elected President of the Silversmiths of the province of Florence. In 2004 he received the Premio Scuola Perseo, being classified first for excellence in the jewellery sphere in 2003. The following year he won the Premio Vespucci, set up by the Tuscan Regional Authority for his design of the system of self-regulation for the production and commerce of precious metals. In 2004 he was appointed President of the Young Entrepreneurs Group of Confartigianato in the Tuscan region.