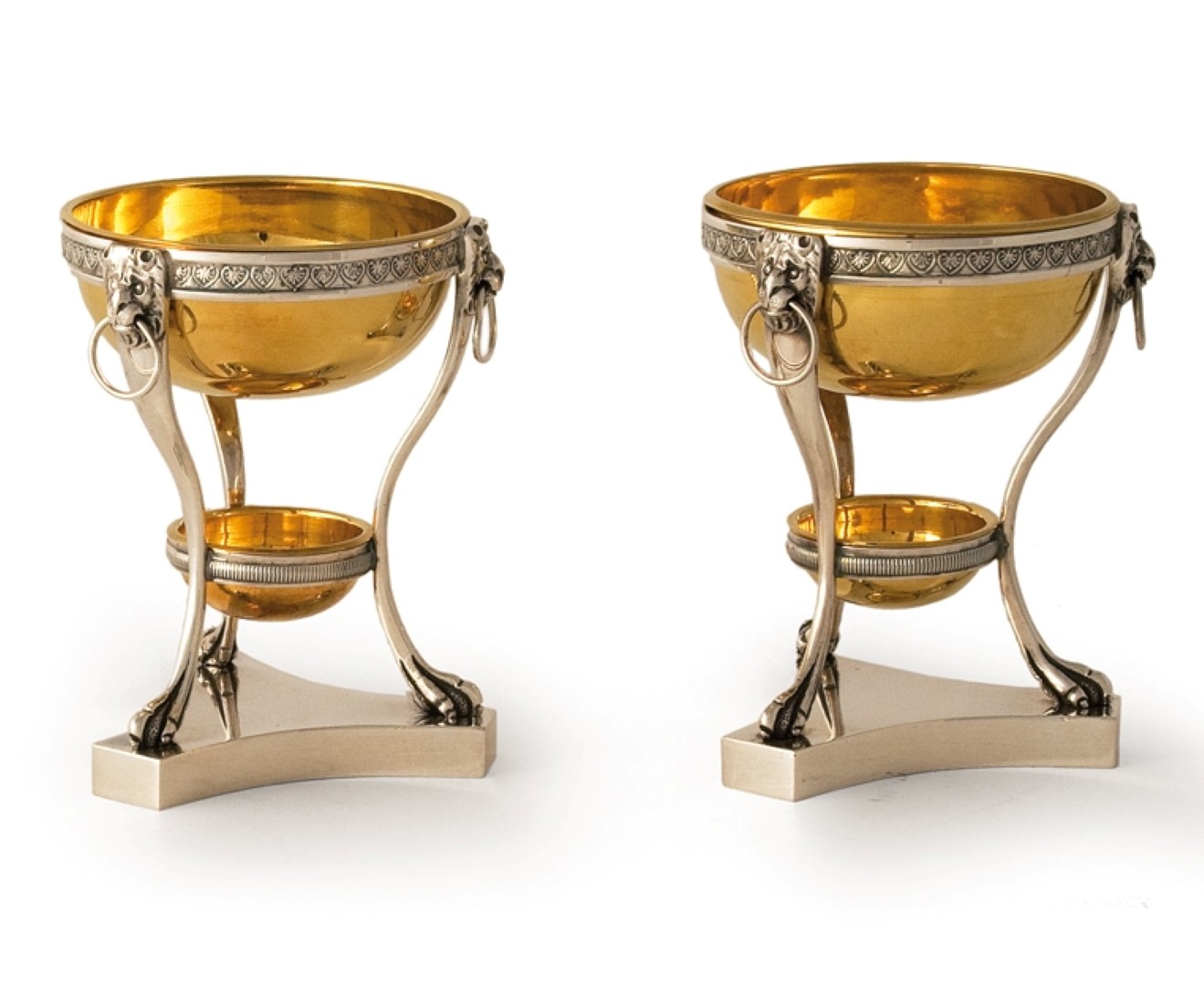 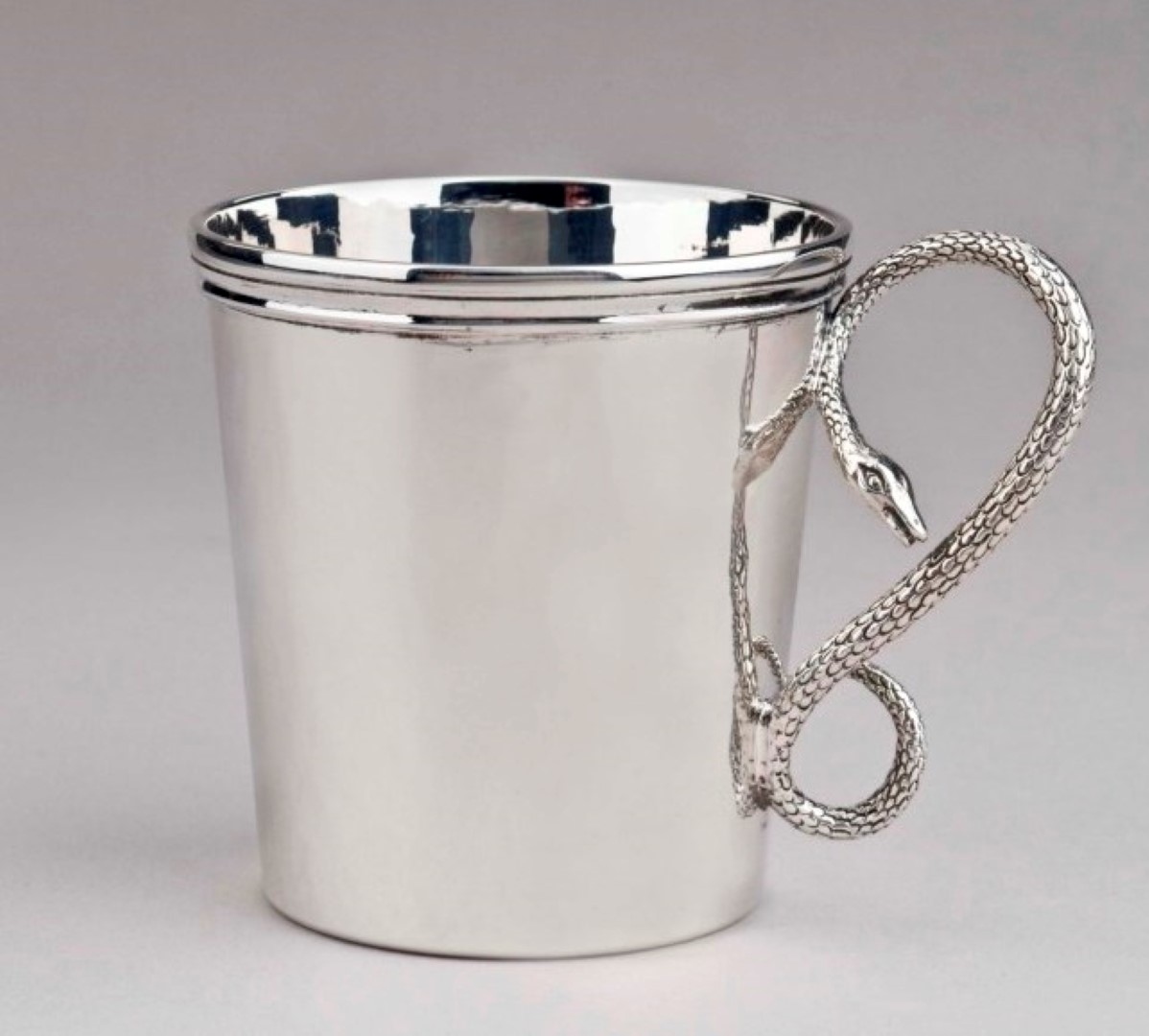 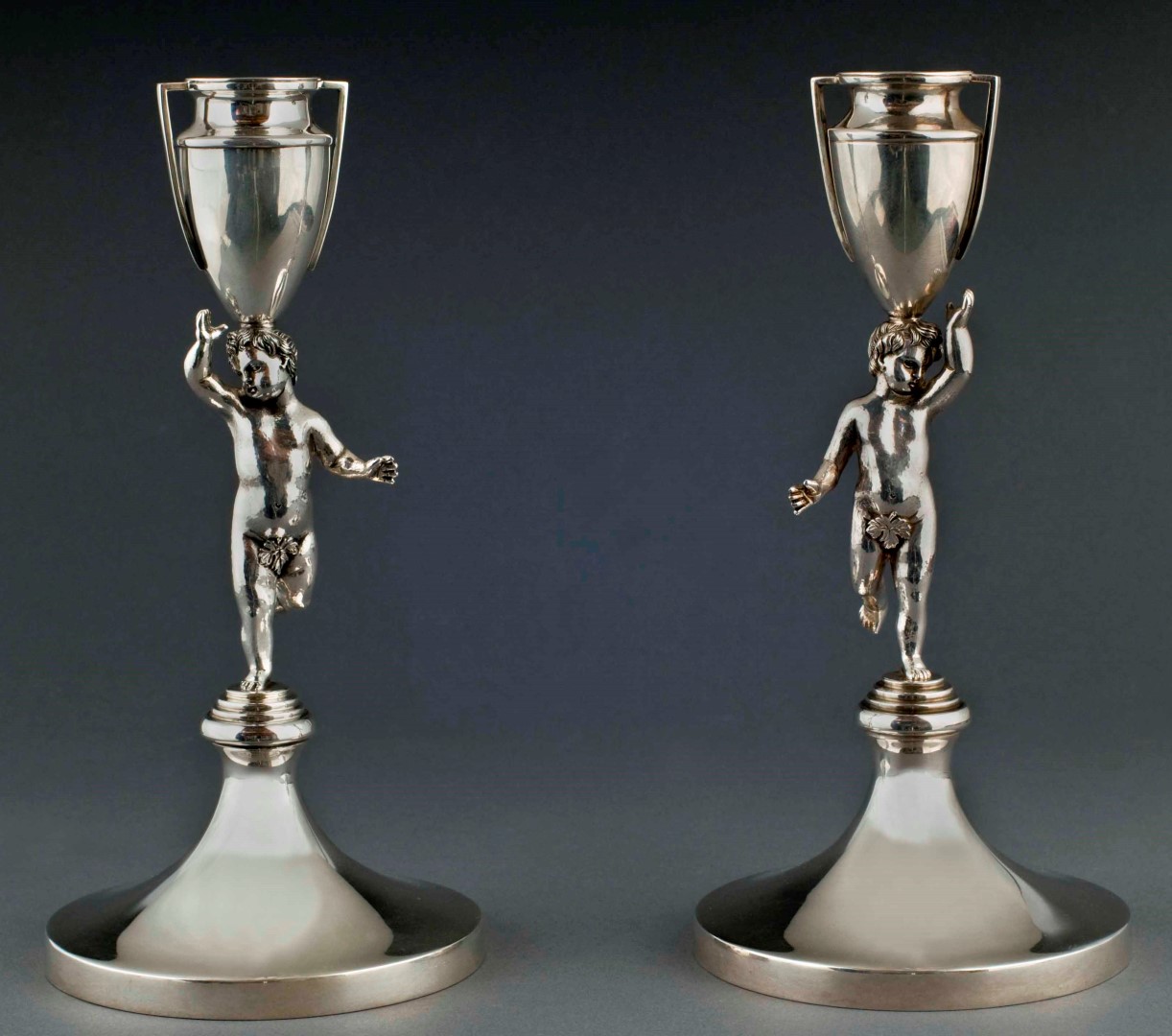 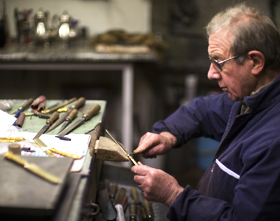 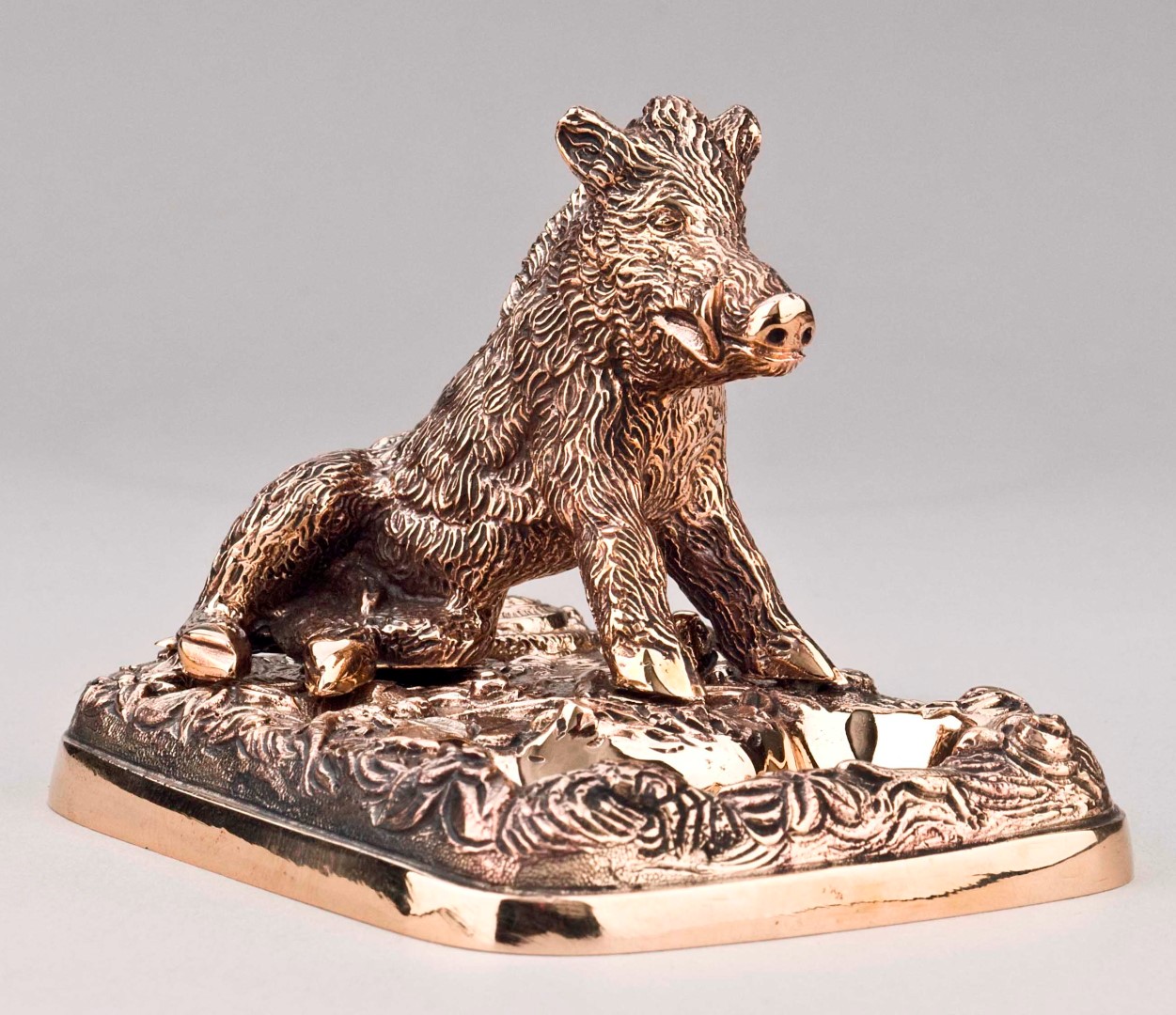 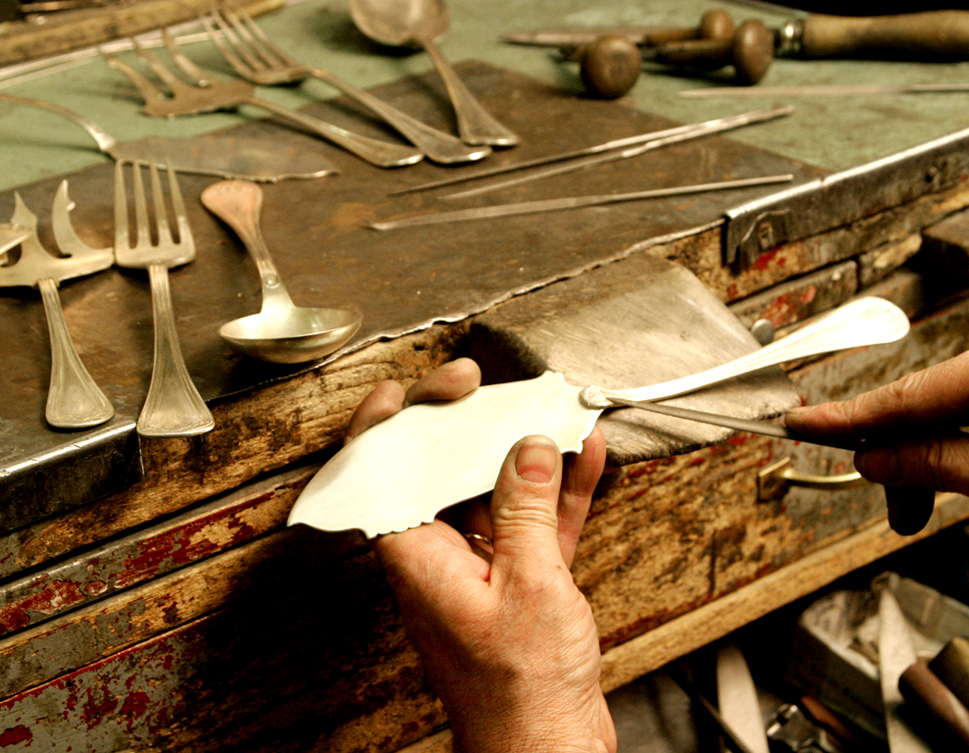 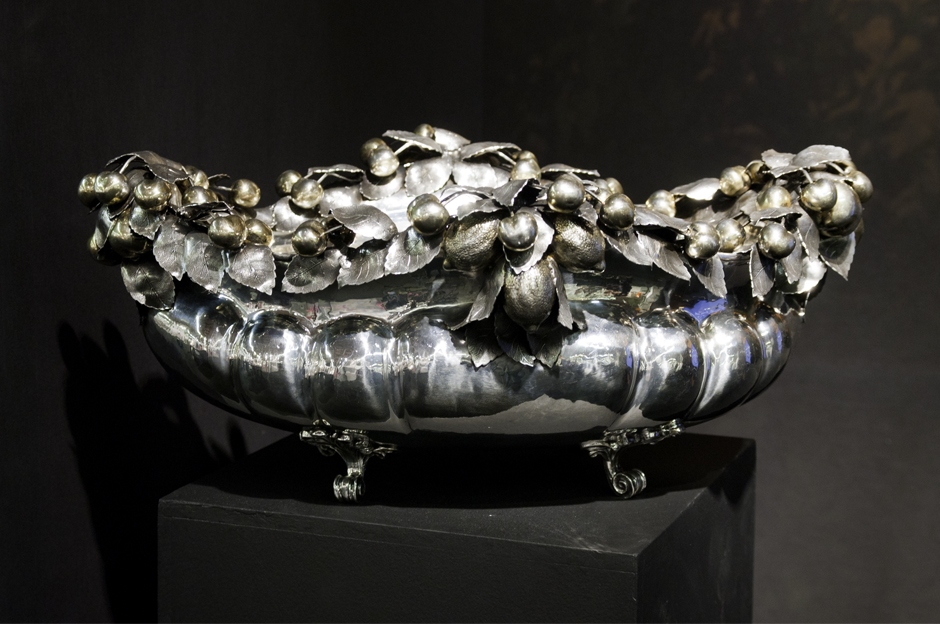 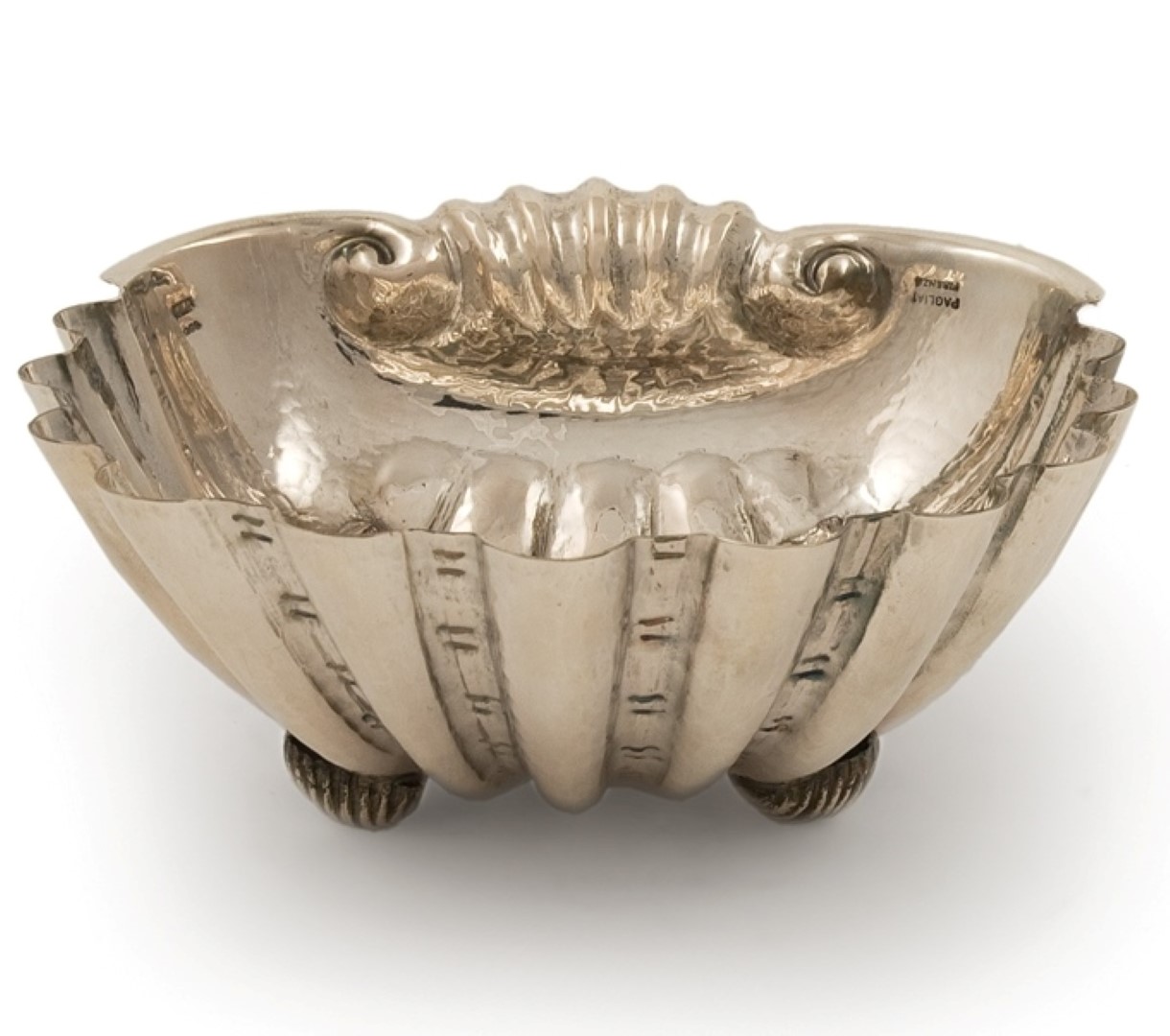 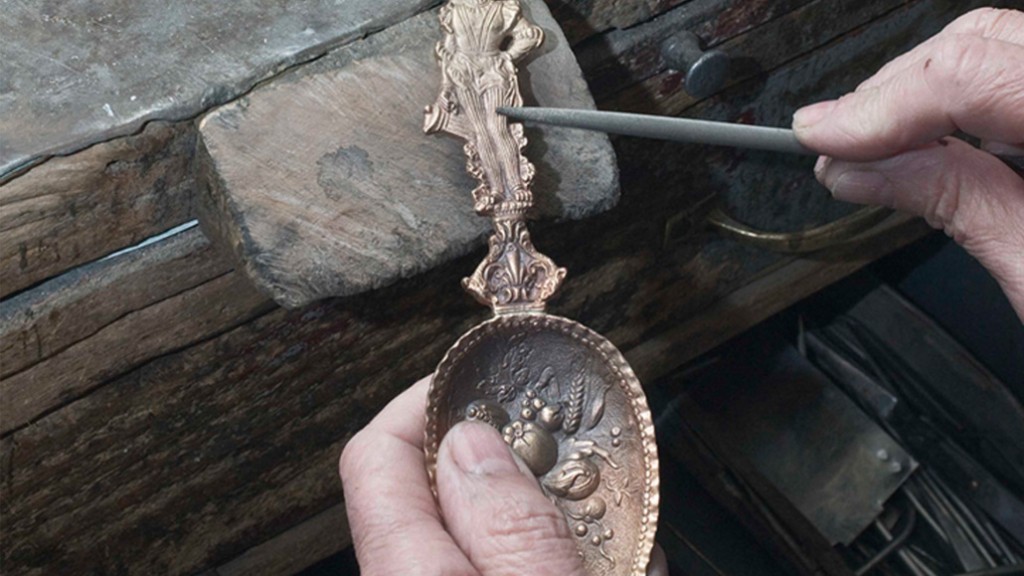 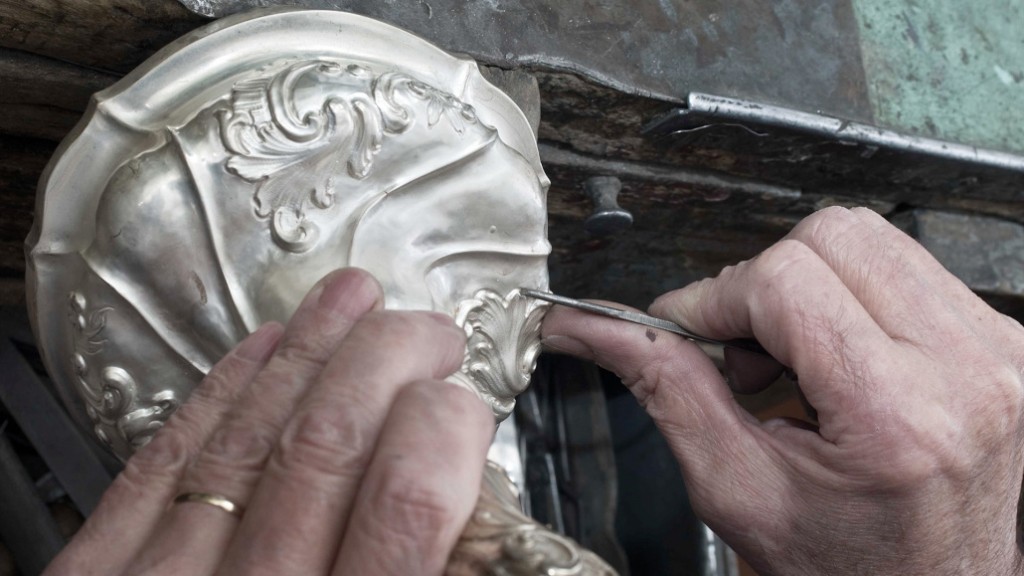 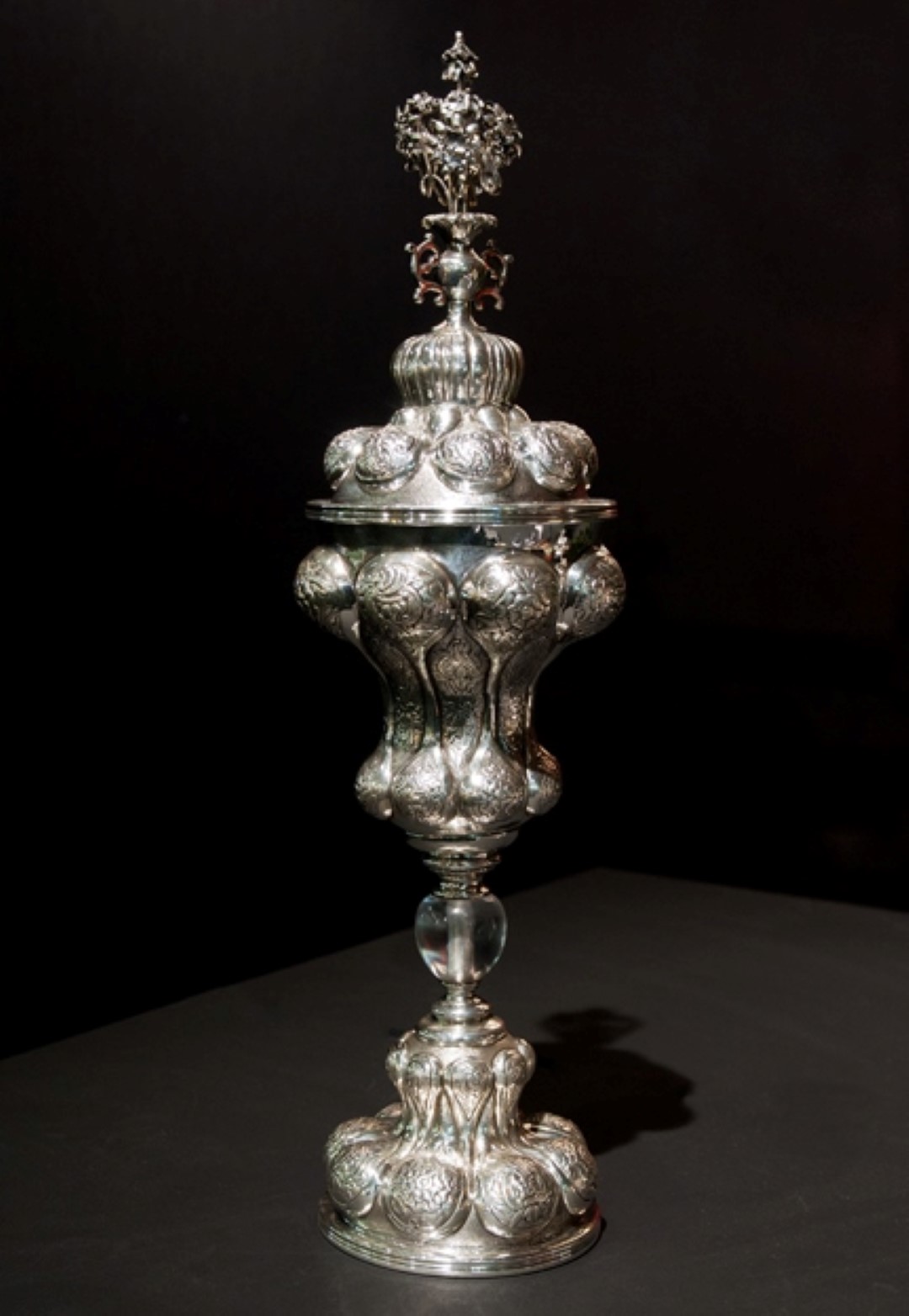 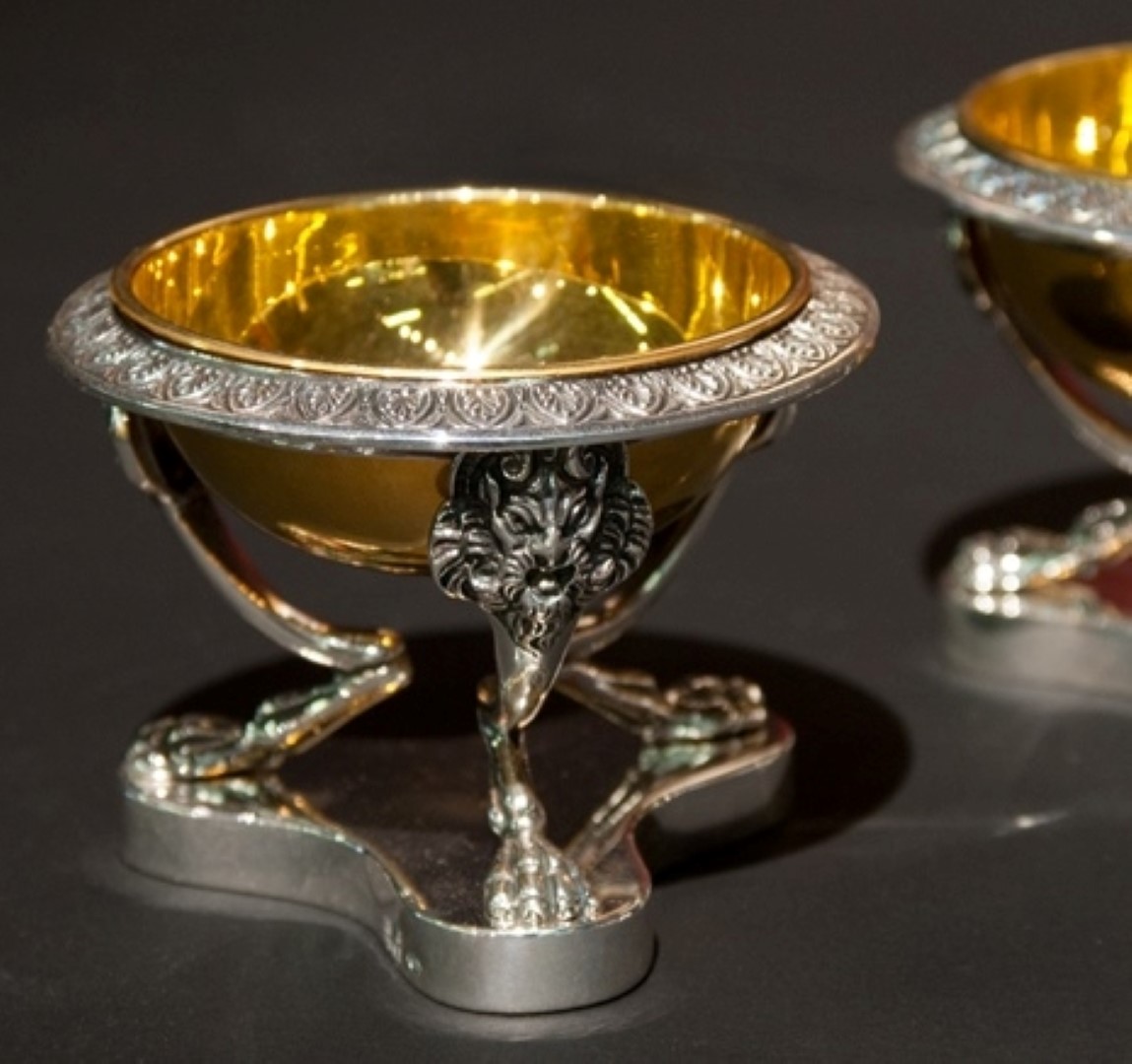 Across the river in the Oltrarno district, next to the 14th century tower-house of the noble Sapiti family, there is a building with vaulted ceilings, carved columns and stone walls, whose stout wooden door and hinges recall those of medieval craftsmen’s workshops. It is here that Paolo Pagliai, silversmith and restorer, plies his craft. The Pagliai family have always worked in Oltrarno: initially, father Orlando started in Costa San Giorgio in 1930, then in Piazza De’ Rossi, and from 1980, in the medieval part of Borgo San Jacopo, opposite the Romanesque church of San Jacopo Soprarno, in an area which escaped the bombs during the Second World War, thus keeping its old-world charm. Crossing the threshold of this shop, one really does feel entering a “Renaissance studio” where Messer Paolo Pagliai oversees and works with his disciple-workmen, demanding perfection from each task, using ancient techniques of metalworking and restoration which maintains the integrity and individuality of the most precious of objects. Paolo Pagliai’s workshop is a point of reference for antiquarians, collectors and loyal customers from all over Italy. His ability to reconstruct missing parts of antique objects, using lost wax casting and graver, to reproduce antique cutlery in refractory earth, and the quality of his production are legendary. All this, plus the friendly and welcoming environment, makes this workshop rare and unique.